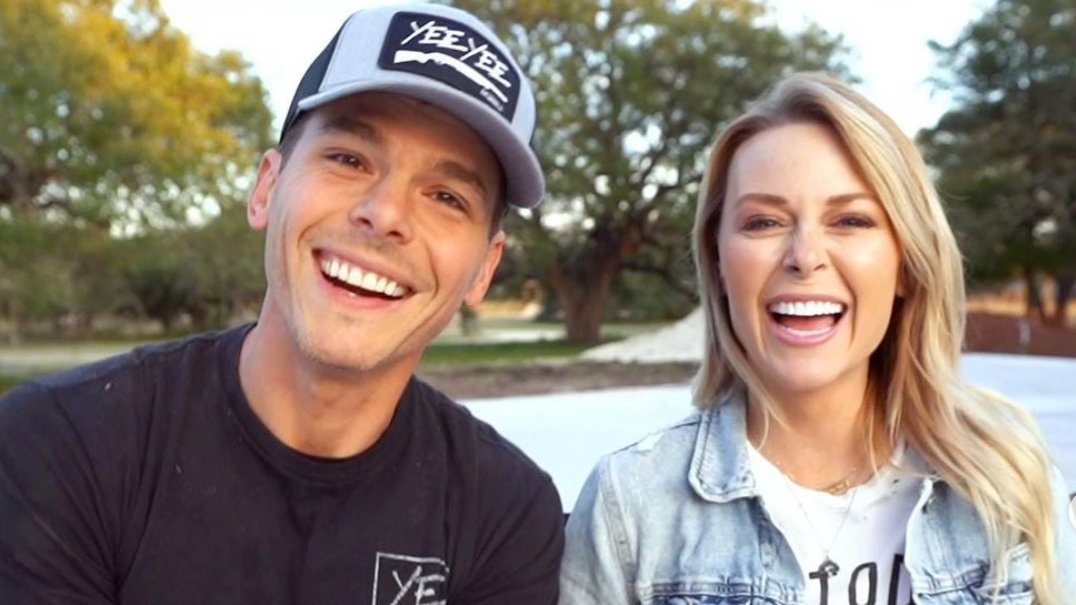 Husband-wife duo Granger and Amber Smith recently sat down to record a short film about grappling with a very human experience: suffering.

The short film, published on the “I Am Second” YouTube channel, features raw and personal interviews with both Granger and Amber, who discuss the traumatic but touching story of losing one child and eventually becoming open to having another.

In 2019, the Christian couple lost their son River. While playing with water guns together with his siblings, River managed to get through the Smiths’ locked pool gate. Somehow, while filling up his water gun, River drowned.

Granger discovered what had happened and immediately began to perform CPR, attempting to revive his son. Amber came out, taken aback at the sight of her motionless child.

Given a faux hope, the Smiths saw their son revived by medical professionals only to die a few days later as a result of a prolonged period without oxygen.

Granger and Amber were crushed.

Their story is indeed unique, but Granger, a popular country singer by trade, realized that it sheds light on a human trait that we all share in common: the loss of those we love.

Since then, the couple have tried numerous methods to handle the resulting storm of emotions, both together and individually. Granger turned to devotionals, little quotes and prayers meant to be boosts of inspiration and positivity.

After the couple went through therapy, a retreat, and instruction for managing stress, Granger still felt like there had to be something more. He thirsted for something deeper. That longing turned his attention to the Scriptures.

“One day,” Granger said, “I realized that maybe the Bible itself would be something that would satisfy this hunger.”

His goal was to diminish all the suffering he felt inside. In turning to the written word of God, Granger said he started to hear the voice of God.

Following the accident, Granger asked his wife Amber if they wanted to have another baby. Initially, Amber felt uncomfortable trying to conceive another child after the tragic loss of their last boy. She said itwould almost be a sort of betrayal of the love she had for River. After River was born, the couple thought their family was complete.

“I didn’t even know if I could have another baby,” Amber confessed. “Because I tied my tubes after River.”

After mulling it over and giving the idea some discernment, the couple settled on attempting an in vitro fertilization procedure, which came with its own risks. (Additionally, there are a host of inherent and problematic ethical implications involved in the IVF process. And some Christian groups stand opposed to IVF for varying reasons.)

Through the procedure, Amber found herself pregnant in July 2020.

The whole ordeal was a seesawing storm of emotions for the couple, particularly Amber. Amber’s faith, like the person growing within her womb, was tender and uncertain. If this pregnancy didn’t come to fruition, Amber said she didn’t know what she would do or what she was supposed to think.

Yet again, a tragedy made victims of the Smiths. August brought with it a miscarriage. But at this point, they were determined to try their best and put their trust in God.

“Since River,” Amber explained, “I just said, I was going to surrender to whatever His Will was, even if I don’t understand it, no matter how much it hurts.”

Amber went back to the doctors in December and, following that, she successfully got pregnant once again. What is more, the baby was a little boy.

In Amber’s words: “It is one of the greatest definitions of grief and joy coexisting together.”

This August, the Smiths welcomed a beautiful new child into the world – Maverick Beckham.

Going to the Bible for comfort and life advice, Granger said he detected a rhythm to the divine voice he heard there.

“That voice…says everything, everything is under His control and under His plan,” he recalled. “We all have suffering. We’re all going to suffer; it’s promised. But the power of God sustains us through the suffering instead of eliminating it.”

Granger and Amber Smith said that they were touched by the testimonies from others who experienced loss.

In fact, it is just this explanation that Jesus gives when He comes upon the man born blind. The man’s defect was not a sign of being punished for sinfulness but was an opportunity for Jesus to turn evil on its head, transforming it into good. Thus, God was glorified:

Jesus answered, “It was not that this man sinned, or his parents, but that the works of God might be made manifest in him” (John 9:3).