How Kathie Lee Gifford Continues to Pursue Her Dreams: ‘I Am Doing What I Was Born to Do’ 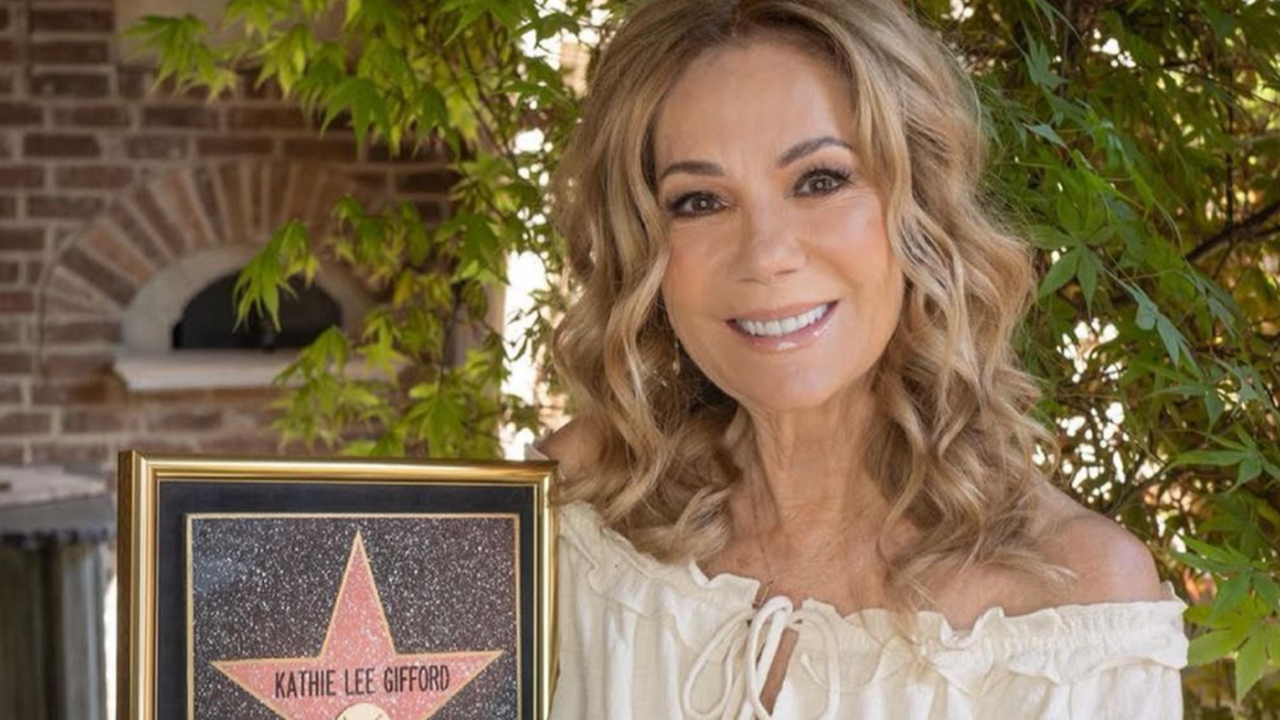 How Kathie Lee Gifford Continues to Pursue Her Dreams: ‘I Am Doing What I Was Born to Do’

Veteran actress, television host, and author Kathie Lee Gifford has had a successful career in entertainment. But the 67-year-old feels like the future is bright as she solidifies her entertaining prowess with a star on the Hollywood Walk of Fame.

Gifford is accustomed to moving on from successful jobs, such as her 15-year run as host on LIVE and her 11 years as the daytime host of TODAY, in pursuit of her dreams.

“A lot of people asked, ‘Why are you leaving your dream job?'” Gifford explained. “They were great jobs and I was able to help so many people through the years because of those jobs. But it was never my dream job when I was growing up. There were no talk-show hosts — it didn’t exist. My dream was to become an actress and a singer and a writer.”

Gifford left her job at TODAY two years ago and is now a movie producer, author, and pursuing her career in the music industry.

“I feel like Waldo from those ‘Where’s Waldo’ books. Waldo’s everywhere…” Gifford said. “What am I doing here? So many people can do so many more things than they believe they can. But they’re paralyzed with fear of failure, I suppose.”

“Kathie is somebody who’s always bubbling with ideas,” former co-host Hoda Kotb said. “She is always thinking about the next project. She put on a Broadway show, she puts out albums, she does a television show, she did a movie. She says something is going to happen and she wills it into existence.”

Despite Giffords success and colorful career, faith remains at the center of her life. Gifford’s life shows that she puts her faith in God and not her job, whether it’s singing or hosting.

Gifford said that forgiveness had played a role in her marriage and her interactions with others in the industry.

At some point, Gifford also drew the ire of Howard Stern, who encouraged his fans to boo Gifford when she sang the national anthem at the 1995 Super Bowl. Gifford officially forgave Stern years later when he was at the “Today” studios to promote the launch of “America’s Got Talent.” Gifford went right up to him mid-hair and makeup — despite a building-wide mandate to keep the personalities apart — and wished him luck. Stern later apologized and when Gifford exited “Today” he and his wife, Beth, sent an enormous bouquet of flowers.

‘I would be dead without forgiveness,’ Gifford says. ‘Or I would be in Betty Ford clinic or in prison for murdering my husband. I would not be here. You know, pickin’ and grinnin’ in Tennessee, the happiest I’ve ever been in my entire life, if I hadn’t learned to forgive very, very early on.’

Gifford now uses her story to encourage others to work hard and not fear failure.

“I never dreamed I would have the kind of success I’ve enjoyed. I was never the prettiest woman or girl in any casting call. Ever. And I never will be, especially now,” Gifford said. “I was never the best actress, and yet I never stopped working. I was certainly never the best singer. But I was a really good singer and I worked really hard at it. I still do. I just want to encourage people to be the best they can be. It’s never too late to try.”

Gifford said that she relies on the joy and purpose that only faith in God could give someone.

“Every single day, if I wake up and I have a pulse, I have a purpose,” Gifford said. “Life does beat you down, loss beats you down, hardship takes its toll, illness destroys your body. But Jesus said it’s not gonna be easy. He said, in this world, you will have trouble. But rejoice. Take heart. I have overcome the world. And because I have, I will empower you to overcome your world. My joy is non-negotiable,” Gifford said.

“I want to be purposeful, every day of my life, every moment of it. God is not the enemy of joy. He is the creator of joy. We got a lot to rejoice about. You want to fly? You want to soar? You want to dream big dreams and see them come true? You need to partner with the right person. Only Jesus. Only Jesus,” Gifford concluded.

Movieguide® honored Gifford with the Visionary Award at the 2020 Movieguide® Awards Gala and Report to the Entertainment Industry.

“In Him I live, move, and have my being every nanosecond of my life. I don’t split it up,” Gifford said. “…That’s not the way God wants us to live our lives. I’ll never believe it, ever. There’s no joy in that. My joy is not negotiable.”