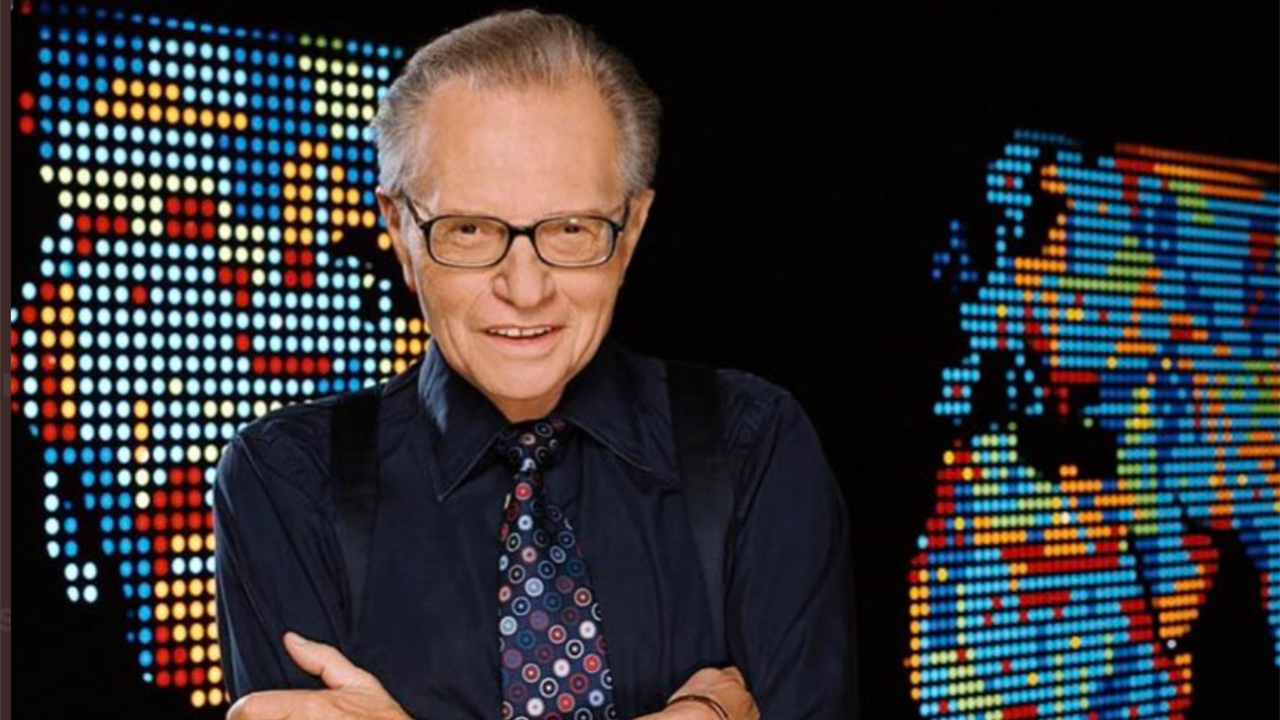 “For 63 years and across the platforms of radio, television and digital media, Larry’s many thousands of interviews, awards and global acclaim stand as a testament to his unique and lasting talent as a broadcaster,” a statement read on Twitter posted to his account.

“Instead of goodbye, how about so long,” King told viewers when he signed off for his final CNN show.

Larry King’s three sons, Larry King, Jr., Chance King, and Cannon King, took to Facebook to honor their father and express how much he meant to them.

“We are heartbroken over our father’s death, and together with our extended family mourn his passing. The world knew Larry King as a great broadcaster and interviewer, but to us he was ‘dad.’ He was the man who lovingly obsessed over our daily schedules and our well-being, and who took such immense pride in our accomplishments — large, small, or imagined. And, through it all, we knew without a doubt in the world that he loved us more than life itself. He was an amazing father, and he was fiercely loyal to those lucky enough to call him a friend. We will miss him every single day of our lives,” the family said.

King’s family also thanked fans for their “outpouring of love” and touching tributes to King’s “remarkable career.” They asked that fans consider donations to the American Heart Association or the Beverly Hills Fire Department EMS.

“A debt of gratitude is owed for the wonderful care they provided to our dad in his final years. With deep appreciation,” they concluded.

Statement from the family of Larry King:We are heartbroken over our father's death, and together with our extended…

King’s historic career began on local radio in Miami back in 1957 as a talk show host and disc jockey. His passion for free-flowing interviews began in 1958 when he hosted an on-location interview program from Miami’s Pumpernik Restaurant, where he literally spoke to whoever entered the door.

He eventually added to his skill set by providing color commentary for Miami Dolphins broadcasts and first landed on television in 1964. Around the same time, King started writing columns for newspapers, including the Miami Herald, Miami News and Miami Beach Sun-Reporter.

Legal and financial issues nearly derailed his career in the 1970s, but he recovered to launch the “Larry King Show” on the Mutual Broadcasting Network in 1978, which paved the way for his highly successful CNN program.

Born Lawrence Zeiger on Nov. 19, 1933, in Brooklyn, he started going by Larry King early in his career.

He battled lung cancer, lived with Type 2 diabetes, survived multiple heart attacks and underwent quintuple bypass surgery in 1987. The broadcasting legend promised to help others and established in 1988 The Larry King Cardiac Foundation, which helps people who can’t get the treatment they urgently need due to financial or insurance issues.

In 1989, the broadcast world inducted King into the Radio Hall of Fame.

King lost two of his five adult children in 2020 after Andy, 65, and Chaia, 51, died within weeks of each other due to a heart attack and lung cancer, respectfully.

King’s long career in the broadcast also made him a cultural icon. King had cameos in movies and TV shows and has a star on Hollywood’s Walk of Fame.

His son, Franklin Graham, posted a portion of the interview where King and Billy Graham discuss death, heaven, and hell.

“Since I have received Christ into my heart, the sting of death is gone,” Graham said to King.