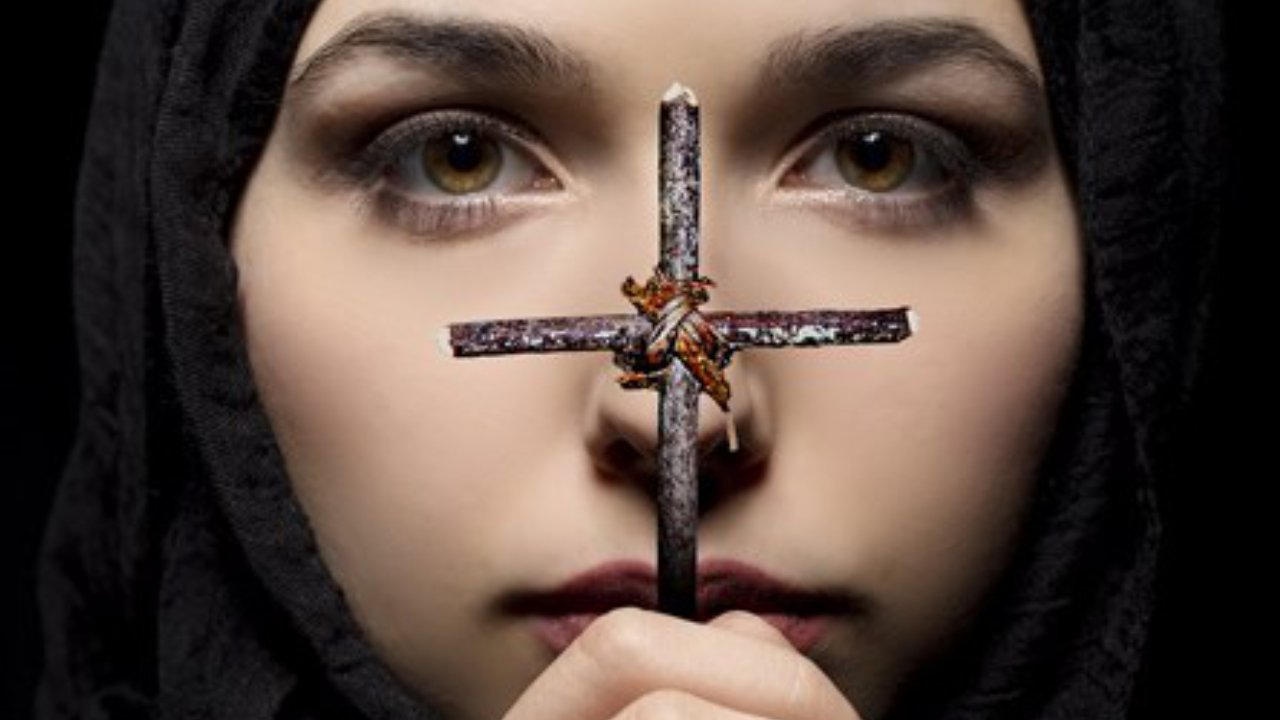 According to the latest release of the Operation World Manual, Iran has the fastest growing Christian Evangelical population in the entire world. This is not because it has grown from ten people to hundreds of people, but because it has exploded from hundreds of Persians, to hundreds of thousands of Persians and continues to grow exponentially.  At a 19.6% growth rate, the Christian Evangelical population is doubling every four years!

Jeremiah 49:38 says, “I will set my throne in Elam,” declares the LORD.   Iran Alive believes this is a promise from the Lord that He will establish his throne in Elam (present day Iran.)

More Christians have come to Christ since the 1979 Iranian Revolution than in the previous 1400 years combined! The ministry of Iran Alive reaches an average of 6 Million Farsi-speaking Iranians each week. The vision of Iran Alive is to transform Iran into a Christian Nation in this generation.

The majority of Persians who have come to Christ have done so since the launch of Christian satellite TV broadcasts in the past 10 years The Lord has been doing something unique and special during this time in Iran.

Although the government regulates and monitors the internet in Iran so searching online can be very dangerous,  watching the 40 illegal but available satellite channels in the privacy of a home is not dangerous. Iranians get the latest news and hear the voices of government opposition 24/7 via satellite.

In 2001, Dr. Hormoz Shariat founded Iran Alive Ministries, which has since used satellite broadcasting to expand the ministry’s reach to Iranian Muslims worldwide. This ministry has had a significant role in the underground church planting movement in Iran.

Dr. Shariat was born into a Muslim family in Iran and came to the US after the Islamic Revolution of 1979. He came to Christ while earning his Ph.D. in Artificial Intelligence at USC in 1980.

In 1987, he planted a church in San Jose, CA. With hundreds of Muslim converts, which still remains one of the largest churches of its kind in the US.

In 2001, Dr. Hormoz followed the Lord’s leading and founded Iran Alive Ministries, which utilizes Satellite TV to reach the millions of lost and broken people in Iran and the rest of the Middle East. Today, they broadcast the Gospel 24/7 from their studio in Dallas, Texas to Iran and the Middle East, trusting the Lord to use their broadcasts to transform a nation, which is responding to the Gospel unlike any other time in history.

His passion for Muslims stems in part because of the murder of his brother, Hamraz, who was arrested in Iran at the young age of 16 on a minor political charge.  After 2 years in jail, he was executed by firing squad. God showed Dr. Hormoz that the best way to respond to this tragedy was to dedicate his life to loving Muslims and sharing the Gospel with as many of them as possible.

Dr. Diane Howard has an exclusive interview with Dr. Shariat:

DH: How has Iran Alive been able to broadcast into Iran?

HS: Most Iranians have satellite dishes. Our satellite broadcasts go over the heads of the mullahs.

Satellite broadcasts plays a great role in evangelizing Muslims and strengthening persecuted Christians.  There are an estimated 3 million Muslim background believers in Iran. Most have never been able to be in a church of any kind. As prisoners in own their homes, it is there that they worship and learn more about Jesus. (There are very few underground house churches.)

DH: How is God using broadcast media and other forms of online communication technology especially amidst the pandemic?

H.S   God has been talking to the Church in new ways. Fewer and fewer are going into church buildings today, especially the younger generations. God seems to be saying, I am going force you to go online, especially for younger generations. Online relationships are real and can enhance our love for one another. Just today we met with our staff worldwide on Zoom and had an hour of prayer.

For years, some communication technologies have been controlled by the government in Iran: phones and the internet have been filtered and controlled; Facebook has been blocked.… However, in 2015, free and secure social media apps became available: Telegram, WhatsApp, and Viber…. Secure social media has facilitated the spread of information and communication. Iranians ignore untrustworthy government-sponsored channels and media; but they look for true information only from satellite broadcasts, the internet (using VPN), and through these apps.

DH: There have been many incredible stories of Muslims coming to faith in Jesus. What have you seen happening?

HS: More miracles have been happening with Muslims who are turning to Christ than other people groups. These include healings, visions and dreams. In their backgrounds as Muslims, they have believed in Jesus as a healer, so these miracles today seem normal to them.

DH: How is God working in the Middle East through visions and dreams?

HS:  A woman said, ‘I’m a devout Muslim, and I do my Islamic prayer every day. But recently, I’ve been watching your programs, and I’ve been doubting which way is truth. What you say is nice, and Jesus is really loving and forgiving. I was confused a few nights ago, and I said, ‘God, would you tell me the truth about which one is the right way?’” That night, the woman went to bed and dreamed she was in a dark desert, lost and alone. “I was afraid and crying out,” she said. “Suddenly, an angel appeared to me. And I said, ‘Please help me. Where should I go?’ And the angel just pointed to a direction. I looked there and I saw a cross full of light. I ran toward the cross, and a light fell on me. And I felt so much joy, so much peace that I’ve never experienced before.’ Can you tell me what that means?” “It was incredible,” Shariat recalled. “I simply presented the Gospel. I said, ‘You asked God to show you which one is the way, and Jesus showed you. Would you like to receive Him? And she said, ‘Of course.’ Since then, her life has changed completely.” Such stories are not uncommon, Shariat said, causing him to believe that God “has a special going on for Muslims right now.” “Jesus appears to them all the time through visions, dreams, and miracles,” he said. “Sometimes, I feel these days if you want to see Jesus, you have to be a Muslim. It’s almost like Jesus is looking at the rest of the world, saying, ‘Look at me. I love them. I’m healing them, I’m appearing to them. Will you love them with me?”

DH: Can you give us an overview of the current political and religious situation in Iran.

HS:  Iran is the only country in the world governed by clergy. They have been governing the country for 40 years. Islam is both religious and political. These mullahs have only demonstrated that Islam is a problem for Iran, not the solution. Many Iranians have rejected Islam. They believe that Islam is not working. Most people in Iran today are not Islamic. Never again will Iran be Islamic when this regime is gone.

Recently, 1500 young people demonstrating against the regime were killed. The Iranian people also saw the government shoot down a passenger plane.  Many of those watching the brutal behaviors of the government have been the first to come to Christ.

The emerging younger generation have little fear of the government. Many of them are convinced that Islam is not of God, so they are not afraid to deny Islam. They live hopeless lives not seeing any bright futures for themselves; but when they come to Christ, they find purpose in their lives and boldly spread the Gospel. Many are not even afraid of arrests and even death. Because many of them say, “I am not afraid of death because before Jesus, I was dead; indeed, He gave me life.”

DH: What is the impact of the Corona Virus on the government in Iran?

HS: Regime figures have died. Also, now with the low price of oil and the sanctions on Iran the Iranian government is in real trouble.

DH: How has the Corona Virus impacted Christians?

HS: The opportunities for personal evangelism especially with tv broadcasting has been easier.

DH: How has the Corona Virus that impacted your ministry?

HS: It has not impacted directly; but in general, the impact has been positive with more responses to Christ than ever.

Dr. Hormoz is also passionate about serving Americans by providing inside information about Iran and how it impacts the US. This is information you will not hear in the mainstream media!  He strives to help us make sense of current events in the Middle East from both a Christian and a former Muslim perspective.  He endeavors to help us understand Islam and the reasons behind the actions of Muslims in Iran.  By pairing his own experience with stories and testimonies from Persians who are currently living in Iran, Dr. Hormoz encourages, inspires, and surprises listeners with information about the Iran you may not know existed. He asks us to join him so that together we will make history in Iran while this amazing window of opportunity is open.