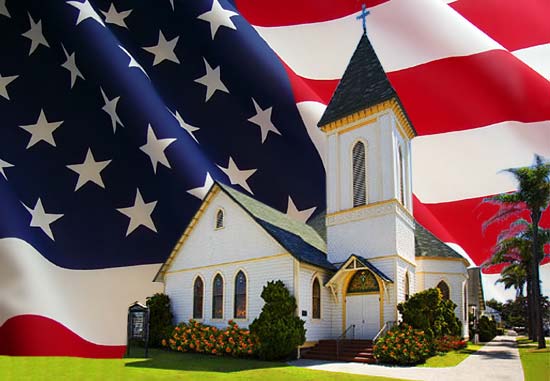 There is surprising new evidence that America is becoming more religious.

The Gallup Poll, which has been tracking the nation’s faith for more than 70 years, reported recently that 43 percent of Americans reported weekly or almost weekly church attendance in 2010.

Admittedly, this is a small change.  However, it is based a huge sample of 800,000 Americans that Gallup interviewed.

The increased attendance occurred during a period (from February, 2008 to May, 2010) when the economy was improving slightly, and the U.S. confidence had risen.

Gallup suggested that is the opposite of conventional wisdom: “There has been well-publicized speculation about the possibility that church attendance has risen over the past two years as Americans become more despondent and worried as a result of the economic recession.

“However, trends in Gallup’s Economic Confidence Index reflect just the opposite pattern with both church attendance and economic confidence increasing from 2008 to 2009 and now into 2010.”

Gallup reported in 2007 that 82 percent of the public identified with a Christian religion. 51 percent of whom said they were Protestant, 23 percent Roman Catholic, 8 percent were “other Christian,” such as Orthodox or Mormon.

These figures have fallen slightly over time.

In 1948, Gallup found that 69 percent were Protestant and 21 percent Catholic, or 91 percent Christian.  The major change has been a doubling in the percentage who did not identify with any religion.

Of course, identifying with a faith does not mean one is active.

On the other hand, an even more recent Barna Group Poll revealed that a growing percentage of Americans have reduced their giving to churches and other non-profit charities as the economy worsened.

First, a huge 77 percent of Americans reported being personally impacted by the nation’s financial difficulties in May, 2011, a quarter of whom have been affected “in a major way.”  In November of 2008, 68 percent had been affected personally.  At that time, 20 percent had reduced their giving to churches and another 30 percent cut giving to other nonprofits.

By April of this year, the percentage who cut church giving rose to three in ten and 39 percent trimmed contributions to other charities.

Among those who reduced gifts to churches, a quarter stopped all giving, and 12 percent cut by more than half compared to 15 months earlier.

Consistent with these trends, Barna reported that the number who tithed, donating at least 10 percent of their income, has also dropped.  The figure had been relatively stable at 5 to 7 percent, but is now down to 4 percent.

Commenting on these trends, David Kinnamen, President of the Barna Group, said, “The economic downturn influenced donations later than it affected other aspects of our spending. Once it kicked in, though, donors have cut back significantly in their giving to churches and non-profits.”

How to assess these trends of a slight rise in church attendance, a slight drop in church membership and a drop in giving?

Barna reported this year that about a million church people a year are joining the unchurched. “Interestingly, many of these unchurched people are spiritually active. One out of every five reads the Bible in a typical week; six out of ten pray to God, and nearly a million tithe their income.  Four in ten absorb Christian content through the media –  radio. television, magazine or faith-based websites,” Barna reported.

One woman I know is in this group.  She used to go to church weekly, but now meets with a group of Christian friends for Bible study and prayer.

As for the decline in giving, many really are hurting in this economy.

Editor’s Note: Mike McManus is President of Marriage Savers and a syndicated columnist.