‘Jurassic Park’ – From the Silver Screen to Your Backyard? 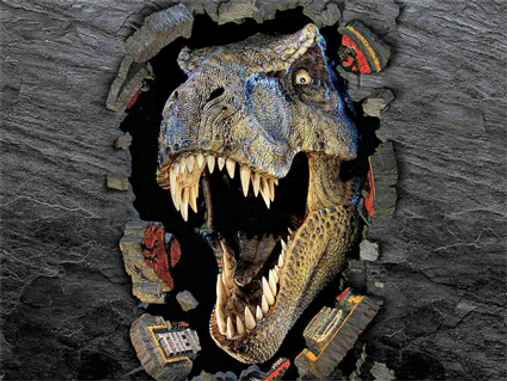 In the not so distant future, your children may have more to fear at night than mere imaginary monsters under the bed. Like a Velociraptor or a Saber-toothed tiger, for example.

Though Webster’s defines the word “extinct” as “no longer existing,” and “gone out of use,” scientists are finding they can extract plenty of useful information from simple strands of hair that long ago coated creatures of the Cenozoic era.

As with any groundbreaking – or in this case, sedimentary layer breaking – scientific leap, philosophical concerns are emerging, namely that it was somehow “intended” for mammoths to meet their end via meteorite, or whichever apocalyptic scenario suits your fancy.

And while bringing “A Night at the Museum” to our children’s next field trip is certainly a fascinating possibility, what exactly can be gained by following our imaginations to fruition? Will mammoths meander throughout the Midwest? Will pterodactyls coexist with hummingbirds? At which point should science cease to produce spectacles and favor common sense instead?

At Comic-Con in July, “Jurassic Park” director Steven Spielberg confirmed a fourth installment of the franchise is in the works. The premise surrounds prehistoric reptiles that return to the modern era via cloning. Let’s hope his and Mr. Crichton’s fiction remains stranger than the potential truth.