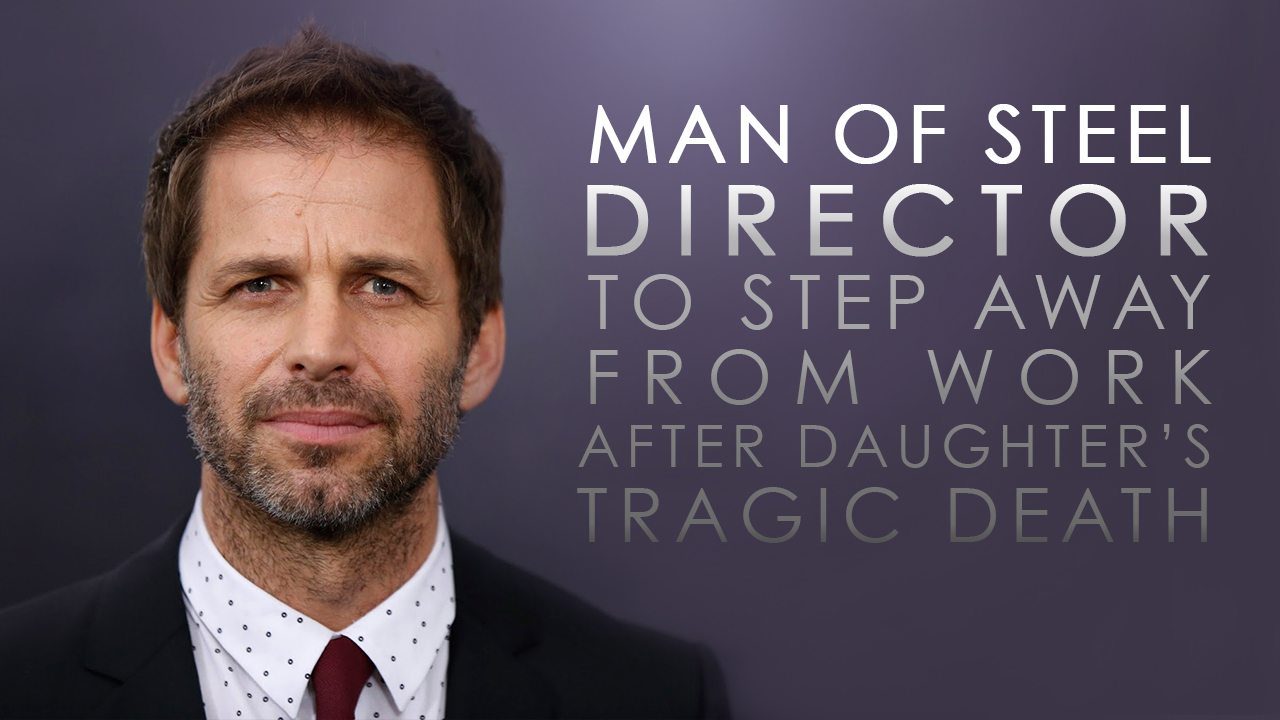 Director Zack Snyder, who helmed the recent DC Comic movies MAN OF STEEL and BATMAN V SUPERMAN, announced that he’d be stepping back from his post-production duties on the upcoming JUSTICE LEAGE movie in order to spend time with his family after his 20-year-old daughter Autumn, took her own life in March. In an interview with The Hollywood Reporter, Zack Snyder, along with his wife and producing partner Deborah Snyder said that their desire was to keep the tragedy private, but Zack said that he needed to step back from his demanding work in order to be with his children. “I’ve decided to take a step back from the movie to be with my family, be with my kids, who really need me.” Snyder continued, “They are all having a hard time. I’m having a hard time.”

To give the Snyder family a break, Warner Bros. Pictures hired on THE AVENGERS filmmaker Joss Whedon to Direct reshoots of JUSTICE LEAGE and see the movie through post-production.

Please keep the Zack Snyder and his family in your prayers.