Maverick City Music Announces Nationwide Tour: ‘We Want Him to Have His Way’ 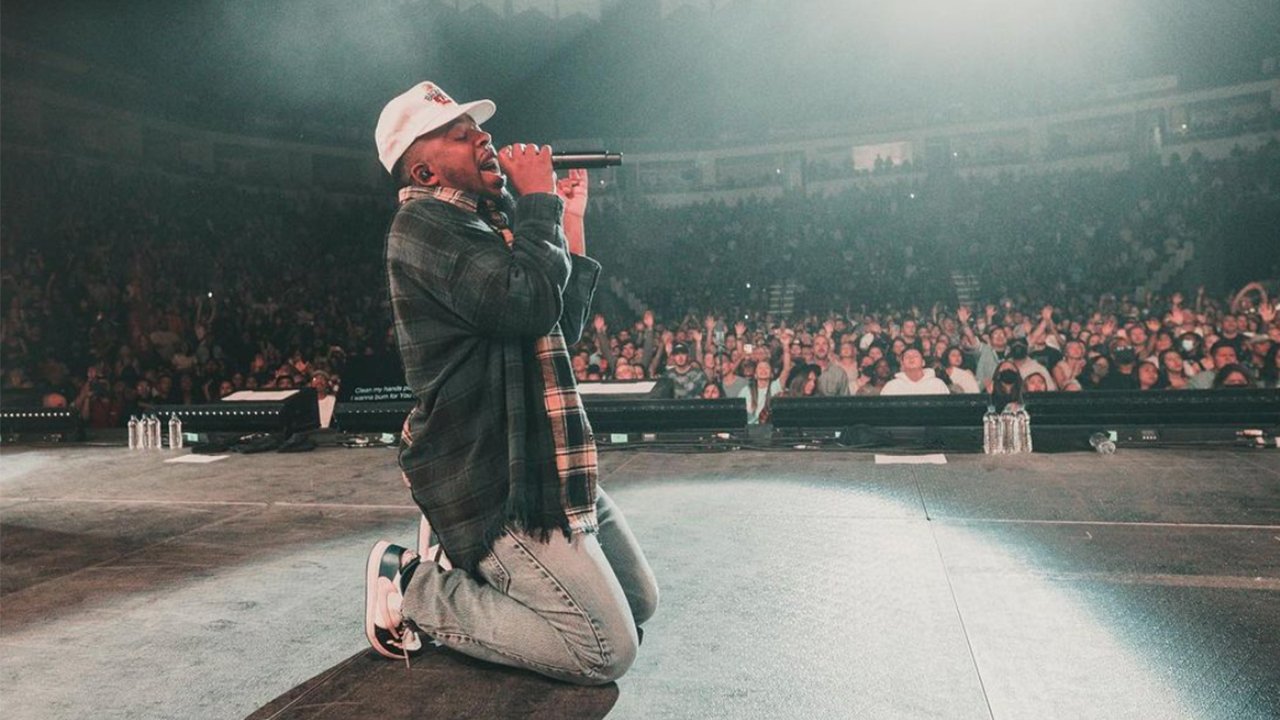 Maverick City Music Announces Nationwide Tour: ‘We Want Him to Have His Way’

The group recently announced a nationwide tour, which is a big step up from singing worship songs in a living room.

Their quick rise to fame has already caught the attention of pop stars Justin Bieber and Shawn Mendes, but their central goal is to invite others to join with them in praising God.

“We are a collective of friends, artists … we all have our own individual careers but we came together about two and a half years ago to hang out and just write songs,” Moore told KGPE-TV. “What we did not intend to happen, happened in a major way. We became this thing called Maverick City Music. What was just writing sessions turned into a thing that now the world is getting a chance to hear and we’re on a ride that we didn’t prepare for, a ride that we didn’t really set out to be on, but we’re having so much fun and now two years later we’re doing a tour which is insane.”

In an especially trying time, Raine said that Maverick City’s music offers hope and points people to the truths of God’s word.

“What we saw at the start of a lot of lockdowns when the pandemic started was the music that we released was just giving people hope,” she said. “To trust in God, to trust in His promises and faithfulness and I think that’s a part of what surprised us so much … we didn’t know it would catch fire the way it did. What we’re seeing is people are hearing the music and they’re deciding not to live in fear, to trust God, and to hold onto every promise that He’s made.”

The group’s songs have reached millions of views on YouTube and continue to grow in popularity.

Founders Tony Brown and Jonathan Jay, CEO of Tribl Records, initially wanted to create a unified space for “the marginalized people in the CCM and the gospel world, and bring those voices to the center.”

“I think where Tony and JJ saw the necessity for different voices that are marginalized, on the outskirts, not as prevalent and forgiving those people a voice,” Raine said. “Because church looks like more than one thing.”

However, Moore noted that writing songs for churches comes with a responsibility to stay true to God’s word, which can be a struggle to balance with creativity.

“It’s not as easy as you would think it would be,” he said. “You’re writing language basically that the church is going to sing to God. That responsibility can be so heavy. Trying to be creative enough, but not so creative that you’re going against who God is and His character.”

“The temptation can be, ‘Hey, we heard this so many times let’s try to be a little racy,'” Moore told Relevant Magazine in a separate interview. “But then you lose the authentic purpose of what we’re writing. It can be very gritty sometimes, just trying to get to the meat of what you want to say.”

“God gives you the freedom to express a very real emotion,” Moore added. “Jesus was human. We have not a heartbreak He doesn’t understand.”

So far, Maverick City Music has succeeded in its original goal to show the diversity of God’s kingdom.

“What people have found in Maverick is: before you found an artist, you found a family,” Moore stated. “And now the Lord is using it to present a unified front in which unity looks like diversity. Unity looks like every type, every color, every genre. That’s what it looks like.”

“This is God’s Church. It’s His Church,” Raine continued. “And so we want Him to have His way… It’s an offering. And hopefully, He breathes on it and uses it.”