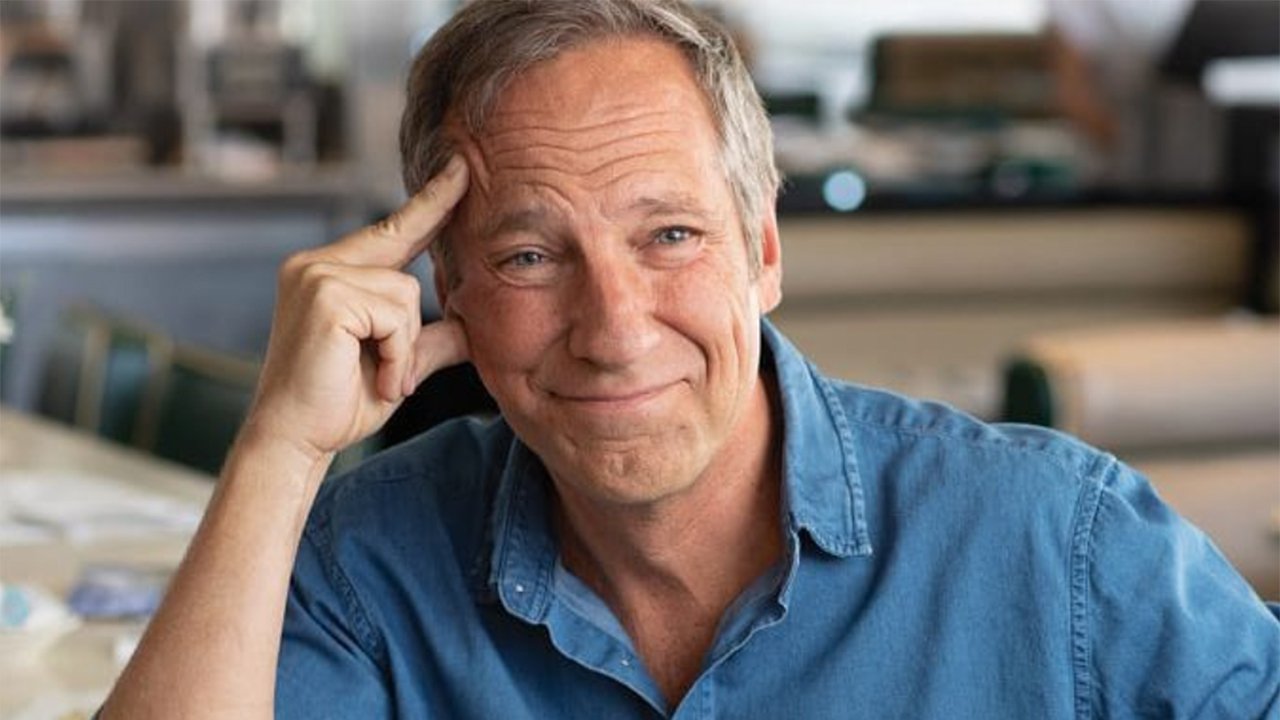 When former DIRTY JOBS host Mike Rowe was invited to join Sean Hannity’s HANNITY just before Christmas, Rowe thought the Fox host would focus on politics. Instead, Hannity and Rowe began a fascinating conversation about one of the most iconic characters in movie history: George Bailey of IT’S A WONDERFUL LIFE.

Before Christmas, Rowe planned to go on Sean Hannity’s show, but the 58-year-old said the conversation steered in a different direction.

“Last Thursday on Hannity, I had a conversation I didn’t think I was going to have,” Rowe told his followers on Facebook. “I thought we were going to discuss the student loan fiasco, which I wrote about earlier in the week. I was prepared to double down on my comments regarding the forgiveness of debt, gently explain my resistance to doing so, and conclude with my foundation’s commitment to award another million dollars in work-ethic scholarships in the coming year.”

However, Rowe and Hannity discussed a different topic entirely: George Bailey from IT’S A WONDERFUL LIFE.

“Instead, I wound up discussing George Bailey. Specifically, a scene from my favorite Christmas movie of all time, (that really isn’t a Christmas movie,) ‘It’s a Wonderful Life.'”

Rowe focused on what made the classic character of George Bailey consider ending his life and connected it to how people are affected by the pandemic and the government’s response today.

“Actually, it was Candice Owens, in the prior segment, who made me think of George Bailey. Candace had just made reference to two unflattering terms used by some to describe millions of Americans – ‘irredeemable’ and ‘deplorable.’ Having just re-watched Frank Capra’s classic film for the thousandth time, I couldn’t help but think of George Bailey, the tortured dreamer who finds himself standing on the bridge in Bedford Falls, staring into the swirling water below, contemplating suicide,” Rowe wrote. “I wondered – did George Bailey feel ‘irredeemable’ in that moment? Did he feel ‘deplorable?’ I bet he did. I bet everyone who ever contemplated their own demise, has felt a measure of both.”

Rowe felt the need to bring up the immorality of the government’s treatment of “ordinary people.”

“As my segment was about to begin, Hannity threw to a few soundbites of ordinary citizens who had lost their livelihoods during the lockdown. Specifically, restaurant owners who could do nothing but watch as everything they worked for slowly slipped away,” Rowe said. “As they spoke, with tears in their eyes, I thought about the woman who owned the Pineapple Grill in Sherman Oaks – a nice little outdoor café that was recently shut down the same day a giant outdoor catering operation was allowed to open in her parking lot, in order to feed the cast a crew of a TV show that was still in production.”

Rowe continued: “I recall the despair in that woman’s voice. The desperation. And again, I thought of George Bailey, perched there on the edge of that bridge, coming to the terrible conclusion that he was worth more dead than alive.”

Rowe then brought George Bailey’s circumstances into real life and noted that many people today feel what George Bailey felt in the movie.

“I also thought about the suicide hotlines all over the country, many of which are receiving more calls than ever before. And it occurred to me that there is a better word to describe the way people feel who decide to jump from this life into the next,” Rowe said. “A word that’s become as ubiquitous as ‘irredeemable’ and ‘deplorable,’ but far more insulting, and far more deadly. That word, is ‘non-essential.'”

Rowe admitted that in March, he did not see the word as harmful. However, as the government hypocrisy became apparent, and people began to lose hope, Rowe saw the title as “cruel.”

“It didn’t strike me just how cruel the term was in March, back when we began referring to doctors and nurses and first responders as ‘essential workers.’ Because really, who could argue with that characterization? What else can you call a worker who risks their lives to keep us safe?” Rowe confessed. “But then, as the lockdowns wore on, the list of essential workers began to grow. Plumbers turned out to be essential, and for good reason. So too, did grocery store clerks. And gas station attendants. And Amazon delivery drivers. And construction workers. And farmers. And electricians. And, believe it or not, actors. And broadcasters. And podcasters. And people who host TV shows.”

Rowe said that he experienced the hypocrisy first-hand while filming a commercial and defended churches, restaurants, and “rational citizens” who see the classifications as unfair.

“I’m on the same list of essential workers as cops and doctors and firemen. Thus, I’ve worked constantly since March, and kept my people employed. In fact, just last week, I was allowed to fly to LA to film a commercial,” Rowe wrote. “To get there, I boarded a sold-out flight, where I sat cheek to jowl with two perfect strangers, one of whom struggled to control a nasty cough behind her cloth mask. How is any of this sensible? How is is remotely fair? Why is filming a commercial ‘essential,’ but running a restaurant not? Why are crowded planes safe, but crowded churches not? And how can anyone expect a rational citizen to obey elected officials who refuse to follow their own rules?”

Rowe admitted that he does not have the answer to these questions but encouraged people struggling during this time.

“I have no answers to these questions, but as I waited last Thursday to answer whatever trenchant query Hannity might eventually throw my way, it occurred to me that the majority of people who punch their own ticket do so not merely because they feel ‘irredeemable,’ or ‘deplorable.’ I think most people hang on right till they come to believe that they have become ‘non-essential,'” Rowe said.

Rowe added: “That’s how I think George Bailey felt, standing there on that bridge. He was a man with nothing to offer. A man who believed he was worth more dead than alive. A man who would have surely killed himself, but for an angel named Clarence who dropped into the rushing river and gave George Bailey something to do. Something essential.”

Rowe gave a final charge to his followers and told them that they matter and to hold on to hope.

“The holidays are a rough time of year for a lot of people. In particular, this holiday. In particular, this year. To those millions of Americans who have lost their livelihoods, now teetering on the edge your own metaphorical bridge, wondering if perhaps you’re worth more dead than alive, I say this: You still matter. You are still essential to someone, even if only to yourself. Why? Because you are still a part of a great tapestry – a single tile in a mighty mosaic that connects us all. And, because you are still loved. Which is a long way of saying, don’t jump,” Rowe concluded.

Movieguide® echoes’ Rowe’s sentiment, but we know the answer is Christ. The real reason that everyone is essential is that God created us in His image. For the born-again believer, our identity and hope rest in Christ.

“Blessed are those who have been persecuted for the sake of righteousness, for theirs is the kingdom of heaven. “Blessed are you when people insult you and persecute you, and falsely say all kinds of evil against you because of Me. Rejoice and be glad, for your reward in heaven is great; for in the same way they persecuted the prophets who were before you.”

Don’t JumpLast Thursday on Hannity, I had a conversation I didn’t think I was going to have. This is not unusual….