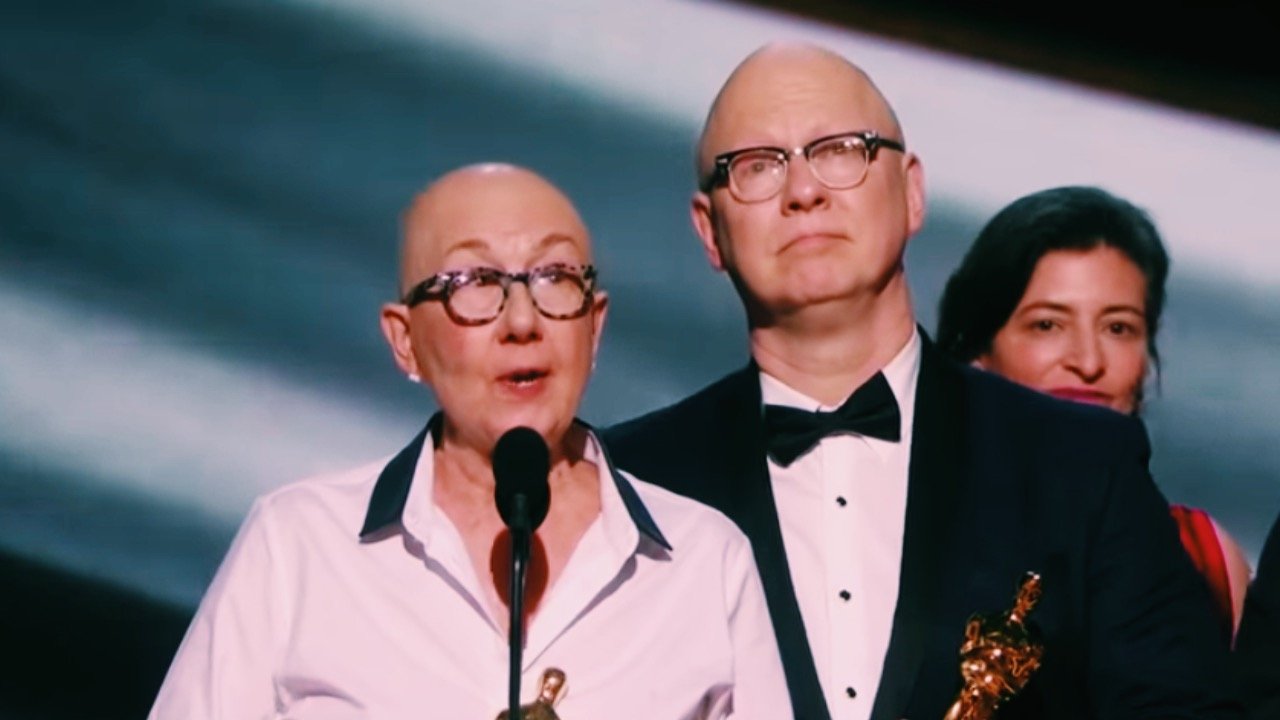 During Sunday’s Oscars ceremony, one winner gave “The Communist Manifesto” a shout out.

“Working people have it harder and harder these days — and we believe that things will get better when workers of the world unite,” Reichert said.

The quote appeared to be based off the last lines of the 1848 document, which are usually translated from German as “Workers of the world, unite. You have nothing to lose but your chains!”

This acceptance speech ignites questions about other speeches audiences have heard throughout awards season. What’s distressing is many of these speeches allude to and promote damaging ideologies.

Brad Pitt received praise for all his speeches this season; however, each speech sounded a little too perfect. Vulture revealed the famed actor hired speech writers to pen his words so that he appealed to people in the crowd.

“The most common reason [to hire a ghost acceptance speech writer] is knowing the room. Like, ‘What is the difference between the PGAs, the Globes, and the BAFTAs?’ Knowing the room is key. Laziness is the other reason. It’s tricky business. Actors are much more accepting of speechwriting.”

Vulture then detailed how the process works.

“Hired speechwriting guns extensively confer with a nominee (and their “team”) to help hone in on message and polish jokes while also ensuring the nominee stays on brand (apropos the character role for which he or she is being honored in actors’ cases) in the 45 to 90 seconds usually allotted for the award spotlight.”

Another example can be seen in Joaquin Phoenix’s speeches. His Golden Globes acceptance speech wasn’t focused and called attention to many different issues. At the BAFTA’s his speech sounded more like a “policy-point presentation,” according to Vulture.

Now, the question enters, did he hire speechwriters before the Oscars to help him focus down what he wanted to say?

This has even been noticed by secular media. As Vulture reported:

Fenway Strategies is a speechwriting and communications firm founded by former Obama administration officials Jon Favreau and Tommy Vietor. Although the firm’s most obvious connection is to the political arena, helping speakers prep TED talks or United Nations addresses, Fenway has branched out into Hollywood. And over the last few years the firm has helped ghostwrite awards acceptance speeches for a number of A-list clients; you definitely know them but their identities are protected by non-disclosure agreements.

To hear it from Fenway principal Sam Koppelman, a former speechwriter for Michael Bloomberg and digital strategist for Hillary Clinton who also co-authored the New York Times best seller Impeach: The Case Against Donald Trump, the practice is so widespread among movie, music, and TV stars nowadays, he finds it more astonishing to discover a nominee has eschewed professional speechwriting help than when one seeks it out.

“Writing for actors is a speechwriter’s dream come true,” says Koppelman. “Because unlike politicians, who are not professionals at memorizing lines or delivering them in compelling and charismatic ways, actors actually know how to deliver the lines.”

As for Pitt’s unbroken run of awards speech excellence, the communications strategist is willing to suspend a certain disbelief. “Maybe he just decided to do it himself, and he’s really good,” Koppelman adds. “But if you do find out who wrote them, let me know — they’re good at speechwriting.”

They fall into principles of propaganda, meaning that Hollywood is stealing from destructive ideologies.

This was very evident at this year’s Academy Awards where not one winner thanked God for their accomplishments in the industry or the award they won. They were all too busy sticking to their own agenda’s trying to influence viewers to get on board with their beliefs.

By the way, the MANIFESTO OF THE COMMUNIST PARTY by Karl Marx Calls for:

Abolition of individuality and freedom!

Abolition [Aufhebung] of the family

Abolishes eternal truths, all religion and all morality.”

These goals are abhorrent, but part of several Oscar winning movies.