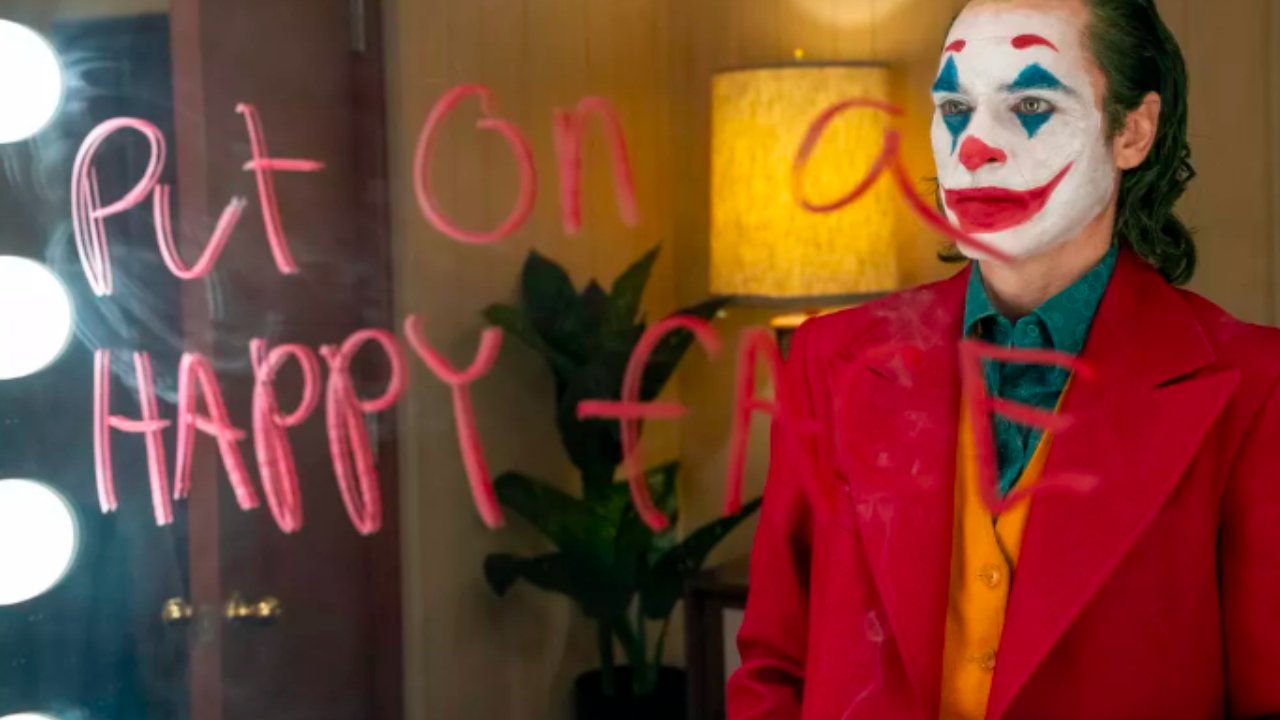 New York City. Long Beach. Chicago. These are just some of the locations where chaos broke out during JOKER screenings opening weekend.

In New York, one unruly moviegoer reportedly applauded the violent murder scenes until escorted out by security.

“I was scared. I’m sure a lot of other people were,” said Nathanael Hood, who was in the theater.

In Long Beach, theater attendees self-evacuated when someone spotted a “suspicious subject.”

“The preliminary investigation revealed that during the presentation of the ‘Joker’ movie, a male adult subject walked to the front of the theatre while wearing a backpack,” Long Beach police spokeswoman Arantxa Chavarria. “As the subject was surveying the crowd, the patrons were fearful he was in possession of a weapon and ran out of the theatre.”

The Long Beach Post reports another area theater closed after receiving a credible threat associated with the movie.

In Chicago, police arrested two men for a “loud disturbance,” because they were smoking and causing a ruckus, according to the Chicago Tribune.

Multiple outlets report police across the country increased theater security at the JOKER screenings due to concerns the movie would incite violence.

According to a Chicago TV station:

In a joint bulletin, the FBI and the Department of Homeland Security warned law enforcement after online threats called for mass shootings at movie showings. The bulletin shared with police this week said while federal authorities had no information leading to specific or credible threats to particular venues, they had received tips of threats posted on social media since at least May.

In response, major cities beefed up security for the movie’s opening night. The Los Angeles Police Department said it’d maintain a high presence at theaters and urged moviegoers to be vigilant and report anything unusual. Some theaters even banned costumes at the “Joker” premiere.

Jared Reed, an associate pastor at Granite Hills Baptist Church in Reno, Nevada, says this chaos could be result of young men who turn to violent video games or pornography when they fail to find satisfaction in romantic relationships.

“[When it comes to playing violent video games] We’re not talking about a fun thing to do with somebody physically sitting next to you for a few minutes on a rainy afternoon. We’re talking about weeks poured into an immersive environment,” Reed told CBN.

“Of the men I’ve counseled over the past five years, I cannot recall one for whom pornography isn’t a struggle,” Reed said.

An international study looking at more than 17,000 adolescents, ages nine to 19, from 2010 to 2017, found playing violent video games led to increased physical aggression over time.

The analysis of 24 studies from countries including the U.S., Canada, Germany and Japan found those who played violent games such as “Grand Theft Auto,” “Call of Duty” and “Manhunt” were more likely to exhibit behavior such as being sent to the principal’s office for fighting or hitting a non-family member.

“Although no single research project is definitive, our research aims to provide the most current and compelling responses to key criticisms on this topic,” said Jay Hull, lead author of the study published Monday in the Proceedings of the National Academy of Sciences.

“Based on our findings, we feel it is clear that violent video game play is associated with subsequent increases in physical aggression,” said Hull, associate dean of faculty for the social sciences at Dartmouth College in Hanover, New Hampshire, and the Dartmouth Professor of Psychological and Brain Sciences.

The Bible also warns us against destruction and encourages us to cling to godly wisdom.

Flee the evil desires of youth and pursue righteousness, faith, love and peace, along with those who call on the Lord out of a pure heart. Don’t have anything to do with foolish and stupid arguments, because you know they produce quarrels. And the Lord’s servant must not be quarrelsome but must be kind to everyone, able to teach, not resentful.  Opponents must be gently instructed, in the hope that God will grant them repentance leading them to a knowledge of the truth, and that they will come to their senses and escape from the trap of the devil, who has taken them captive to do his will.

For more on media-wisdom, please visit our “Books” page at movieguide.org to read experts’ thoughts on how movies affect us.