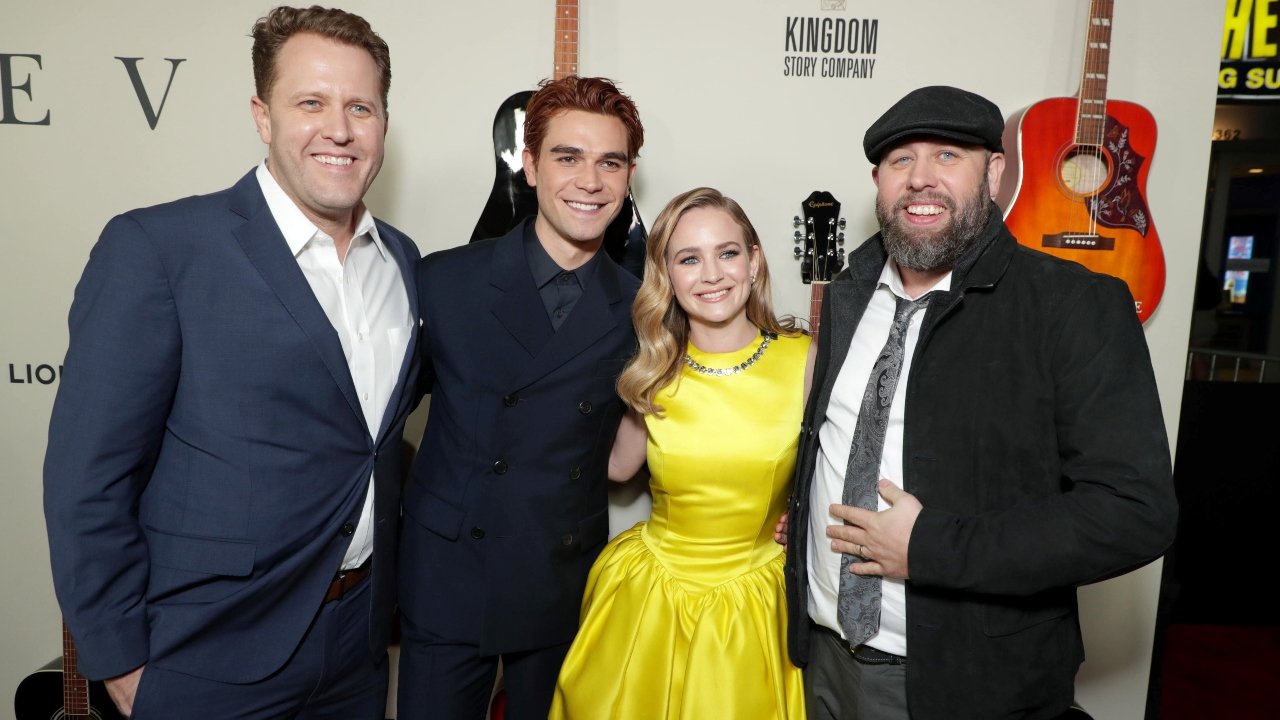 In an exclusive interview with Movieguide®, I STILL BELIEVE director Andy Erwin revealed multiple ways God helped and inspired people through the project based on Jeremy Camp’s testimony.

The director, who, with his brother Jon, was behind projects like I CAN ONLY IMAGINE and WOODLAWN, said I STILL BELIEVE brought some of the most talented actors to their projects, including popular teen heartthrob KJ Apa. Apa plays Christian musician Camp who falls in love with a young woman named Melissa, played by Brit Robertson.

“KJ, obviously is on the hit show RIVERDALE and has millions of millions of fans,” Erwin said. “But on this, he had been praying that God would give him an opportunity to do a product that would allow him to express his faith. … We didn’t know that, we found out secondhand that he was thrilled at the opportunity to do that. Through every part of it, he really pushed and pushed to try to make it authentically Jeremy, and also authentically a real-life faith. He didn’t take the easy way out.  I’ve never been more proud of two actors, him and Britt Robertson. They were just amazing in this film and I thought they made the face very believable.”

Erwin shared that Apa bonded with Camp and his second wife, Adrienne, whom Camp married after Melissa died. Erwin opened up about Apa’s relationship with Camp on set.

The Erwins are no strangers to biopics, and have paired real-life characters with their actor counterparts often. Yet, there was something special about Camp and Apa.

“The two of them had one of the most beautiful moments,” Erwin said. “It was a moment that ended up on on KJ’s Instagram. We’d just done the scene where he’s broken down crying in the rain, after running and trying to figure out how to deal with what happened. And he was really kind of pouring himself into this moment, and we got this beautiful shot. And he got done. He was trying to compose himself. And as he walked off, I looked down the street and Jeremy and Adrienne had pulled him to the side and put their arms around him and they were praying for him. It was this gorgeous moment that just authentically organically happened. To see that it was a team effort between him and Jeremy, and I feel like he captured Jeremy–the essence of who Jeremy really is. That took a lot of work on his part. They had authentic friendship that was cool to watch.”

However, the movie’s distribution took an unexpected turn when the COVID-19 virus forced theaters to close their doors.

Shortly after I STILL BELIEVE hit theaters, audiences had the chance to rent the movie online and watch it from their homes while under isolation orders.

“I think at first, it was definitely a struggle to kind of figure out how to adjust, and I think the whole industry was trying to figure that out and still are. How do we kind of reopen things? But for people that make films like we do–and like Movieguide® loves to promote–of stories for the family, stories of hope. People are craving hope more than ever,” Erwin said.

“After this was all over, people started resonating and responding positively to the whole message in a whole different way. I told somebody, ‘I feel like hope just got a little bit more attractive.’ People are craving that kind of story now, that optimistic story. I think it’s an opportunity for films like this to kind of stand out,” he continued.

The deeply emotional movie is also having a profound effect on young people.

“It’s been exciting to see people engage with it,” Erwin said.

He shared a story where one girl told the filmmakers that after seeing the movie, she wanted to be loved the way Jeremy loved Melissa.

While many movies and TV shows depict love as an instantly gratifying, feel-good feeling, the Camps’ love was sacrificial and selfless, imitating the way Christ loves His bride.

“Obviously it’s always encouraging to hear about the people that have let that kind of spur them towards wanting to know more about what Christianity is and make decisions,” Erwin said.

At the end of each movie, the Erwins share an 800 number that viewers can call to learn more about the Gospel. The number received more than 1000 calls from around the world for people who want to know more about Jesus.

This unique evangelism continues to inspire the Erwins to create authentic movies that share the Good News.

“[We want to be] able to get the gospel out and to tell people about Jesus in a way that’s real, that unites the family rather than divides it,” Erwin said. “… It’s been exciting to see the opportunities that come about for that to happen, and to have a studio like Lionsgate to really believe in it and put the money into it.”

But it’s not just the Erwins who are seeing Jesus at the forefront of their movies.

“[It’s] happening with Devon Franklin over at Paramount and [Alex and Stephen] Kendrick at Sony. It’s been exciting. I think that we all champion each other, that these are the kind of stories that need to be told,” Erwin said. “Right now, we’re in a moment in time where there’s a lot of uncertainty in the industry, but I think that stories like that are going to be the ones that rise to the surface coming out of this.”

I STILL BELIEVE will be available on DVD and digital download on May 5.

Watch the video below to see the full interview.