Presenting the Gospel in a Fallen World 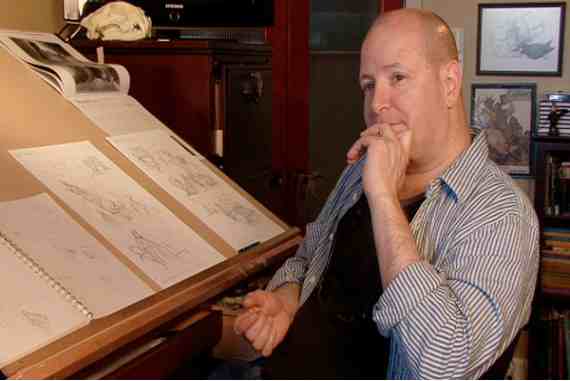 Recently, I had the opportunity to meet Mike Mignola, the creator of the very popular graphic novel series, HELLBOY, which has been transformed into two movies.


Mike was reading a book on visions of Hell from the classical age of the church during the days of Dante, Hieronymus Bosch and Milton among others when we met.

He gave me his favorite HELLBOY novel, which was filled with witches and curses and even representations of the Devil. However, the climax of the book is in a church, where the demons and devils cannot attack, but the pastor is filled with the Spirit, and where deliverance comes through the power of the Holy Spirit based on a relationship with Jesus Christ. This is pretty strong Gospel medicine for those who are drowning in a sea of paganism.

I informed Mike that we liked the first movie for its theological reflections but not the second. He agreed. However, he noted that the second was better reviewed and did better at the box office. Mike was concerned the second moved away from his vision. Of course, he could not control the movie.

Mike says that, like Charles Schultz who did Peanuts, he’s not a great artist. The only thing he draws with confidence is HELLBOY, and these are the stories he tells.

HELLBOY is almost the obverse, reflection of someone who has been redeemed by Jesus Christ. He was created for Hell, redeemed and came back to fight the forces of darkness, but he is never a replacement for the saving power of the Cross. God is God, and the fallen world is in great need of Him.

We are encouraged the Gospel in a visual, coherent way in the midst of a very fallen world is being shown to the millions of people who read graphic novels in a way that will help them understand the Truth that will set them free.