Question To American Advertisers: Do You Have Children? 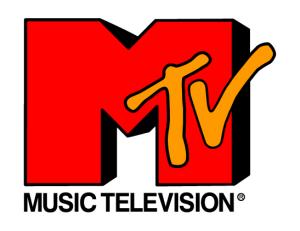 No longer just the shadowy territory of smaller, edgier brands, some of the biggest brands in America are now flocking to finance toxic pop culture to our youth and hoping you don’t notice.

In a recent televised interview, NJ Governor, Chris Christie, took issue over MTV’s latest boozy sleaze fest, Jersey Shore. To his credit, Christie immediately distanced New Jersey from the unprincipled series, explaining that most of the characters in the show were “imported from New York,” and that in no way do they reflect the good people of the Jersey shore. Good and decent people from any state or any political party would distance themselves from this kind of outrageous “entertainment” targeted toward their youth, including most of the fine people of New York. However, this is oddly not the case with many major advertisers. To the contrary, this poster-child series for all things disgusting about pop culture seems to have a magnetic allure to some of the biggest advertisers in America.

earnings on Viacom’s (MTV) cable networks “jumped” this year. An MTV exec said, “While some of the programming giving MTV a boost might be seen as controversial (an artful understatement) …content issues are not scaring off sponsors. Actually there were some issues when Jersey Shore first launched. Now we have advertisers scrambling to get on it …we’re turning them away.” Viacom’s chairman, Sumner Redstone, said of the sudden stampede of major ad sponsors, “…the light is brighter than it’s been for some time.”

Of course, Mr. Redstone’s definition of “light” is likely worlds apart from yours, especially if you’re a parent. However, you can’t blame Sumner Redstone or MTV alone for “grabbing children below the belt and reaching for their wallets” (a perfectly descriptive phrase from an older PBS special on the subject entitled, “The Merchants of Cool”). The unfortunate reality for parents is that MTV has an enabling partner in American manufacturers to the tune of roughly $1 Billion per year.

An increasing number of major manufacturers hope that responsible moms and dads somehow won’t take note of their “controversial” sponsorships. The truth is that they are not simply “passive ad buys”. While they may not appear in any show credits, what American manufacturers don’t want you to understand is that they’re essentially the “Executive Producers” (defined often as the one providing the resources for an entertainment project) of these increasingly disturbing and titillating series targeting your children.

A friend who founded two refreshingly responsible cable and broadcast networks informed me, “There are really only about 20 major advertisers that underwrite almost everything on television these days.” My question to those of you in the top 20 who decidedly fund unprincipled youth programming remains, “Do you have children or grandchildren?” If so, know that life absolutely imitates art. While I would not wish it on you, don’t be at all surprised if your own children or grandchildren grow up to live out the uncivil and perverse lifestyle you’ve so actively promoted to their generation.

As someone who’s helped steer a brand into the top tier, you’re also smart enough to know that MTV has not simply reflected pop culture for the last 25 years, they’ve (you’ve) helped shape it. (Paradoxically, they’ve also helped shape the angry, entitlement-thinking mentality that’s suddenly spreading like a virus and threatening your very right to exist as a free-market company into the next generation, but I digress.)

Advertisers, ask yourself an honest question before “Executive Producing” your next television series: “When I tuck my grandchildren into bed at night, is this series one I would be proud to tell them I helped finance?” Would you feel comfortable looking into their young eyes and telling them that grand dad/mom “really needed to brand to 12 to 24 year olds” so you reluctantly parted with your values and financed the profane (many say an ugly and racist stereotype of Italians) Jersey Shore; or perhaps the bi-sexual rapid-fire hookup series, A Shot at Love with Tila Tequila; or Next, the mean-spirited, rapid-fire dating series that rejects busloads of kids while publicly eroding their self worth? Would you be willing to tell your grandchildren that you helped executive produce The Real World, where ethically bankrupt producers enlist young men and women to move in together and ply them with alcohol to see how many sexual hookups, how much foul language, loss of civility or fist fights they can catch on cameras placed in bedrooms and throughout the house — all to pull better ratings for your ads and provide more “light” for Viacom?

I met with the heads of consumer advertising and product development for two of largest brands in America a few years ago and asked them each to look at a short five minute clip of what many young people spend five hours a day watching on MTV. In either case, they couldn’t make it through the first two minutes of the vulgar programming they’d helped finance for youth. You would have thought I was sticking needles in their eyes as one executive literally put his hands over his face and insisted, “OK, that’s enough!” As I closed my laptop, their painfully awkward body language seemed to shout, “It’s brand or lose market share to 12 to 24 year olds, so we have to finance obscene programming for kids!” One of them actually did admit that they get push back from the religious community (that’s 75% of Americans that they must surely hope never awaken en-masse; add to that parent teacher groups, concerned educators, conscientious consumer clubs, etc.) and that their ad placements have even resulted in certain boycotts. “Boycotts?” I thought to myself, “can’t you bring yourselves to do the honorable thing for the sake of your own families without being forced to do so by product boycotts?”

However, they did raise an interesting point that day. With all the momentum growing in America to restore integrity and decency for the next generation, it’s only fair to remind advertisers that there’s a burgeoning movement toward values coalescing in America — one that’s powerful enough to humble any brand that elects to stand with toxic pop culture and against their children. Unlike years past, the top 20 brands can change with surprising speed in a well-networked society and a massive, market-altering consumer block.

As a side note to compromising advertisers, the more edgy and profane musicians that you likely fear your grandchildren may start emulating are also the result of your financial partnership with a music television network that’s consistently proven just how eager they are to reward bad behavior. To America’s international brands, let me say that at last count MTV has 138 international language feeds around the globe, again, largely propped up by your ad dollars. Where perception is indeed reality a half a world away, and where America is already perceived as the “depraved culture of the Great Satan”, you may want to reconsider the entertainment you’re financing abroad — if not for the sake of children around the world at least as a matter of national security. Read Boston University’s post 9/11 poll entitled, “The Next Generation’s Image of Americans”, and then take stock of the direct role you’re playing in America’s deadly and spreading global image crisis. Finally, for God’s sake, please give our sons and daughters fighting for your freedoms better international “air support” than low-life, indecent American youth programming.

Talk show host, Bill O’Reilly, once dubbed MTV “the cesspool of television.” Well said. However, it’s their advertising partners who are steam shoveling the ever-widening cesspool for our children to fall into — advertisers who seem to have forgotten that, “with great power comes great responsibility.”