Spiritual and Professional Warfare in Hollywood 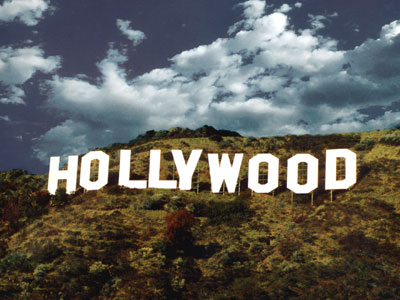 The death of Oscar-winning actor Cliff Robertson, 88, last weekend reminded me of the cliquish nature of some of the elite people running Hollywood and its six major studios. It also reminded me about the nature of the spiritual warfare in Hollywood that MOVIEGUIDE® wages every day.

Down through the years, many of the names running the six major studios have changed, but the stringent rules of belonging to this exclusive club have not. In 1977, Robertson was blacklisted by the movie industry for four years after he filed a complaint against David Begelman, president of Columbia Pictures, after Begelman signed Robertson’s name to a $10,000 studio check and then cashed it for himself. Begelman was later convicted of embezzling – stealing, for those familiar with the Ten Commandments – about $61,000 from his studio and had to serve three years of probation for grand theft.

Eventually, Begelman was hired in 1980 to head MGM Studios, but Robertson was relegated to a few minor TV roles until he landed a role in 1983’s BRAINSTORM, Natalie Wood’s last movie before her untimely death.

Cliff Robertson’s experience in 1972 is not unique. It shows what happens when you try to buck the Hollywood establishment. Similar things will happen if you try to support projects they don’t like, or try to compete with the people running the six major studios in any significant way.

For example, the history of the movie industry is filled with people who tried to set up their own distribution channel for their own movies, but found themselves stymied by those running Hollywood. Recently, a conservative filmmaker tried to distribute his own documentary through the system, but even he found that the people in charge of that system tried all kinds of ways to sabotage his movie, such as under-reporting the number of people who attended the movie’s screenings. In other cases, filmmakers have gone to the six major studios or a major independent studio to distribute their movies, only to find that the studios wanted to charge an exorbitant amount for distributing the movie, plus spending additional millions of dollars to market it, thus ensuring that the movie would have a very difficult time of making back any profit at all.

There’s been a lot of talk since the 1950s about the studios’ blacklist against the Hollywood Ten, a group of Communist screenwriters and one director who, in the late 1940s, refused to testify before Congress about Communist infiltration of Hollywood (the director later agreed to testify). What isn’t known is that some of the screenwriters were still able to work using pseudonyms. What also isn’t know is that some of the people who publicly opposed the Communists infiltrating Hollywood, including the Hollywood Ten, actually found themselves blacklisted by the Hollywood studios for their conservative beliefs. Today, Hollywood’s blacklist of conservatives and conservative views has increased, to the point that Hollywood no longer makes any blockbuster movies showing the U.S. military fighting overseas to spread democracy and liberty, and protect America.

For 26 years, MOVIEGUIDE® has been fighting to get Christian values and traditional American ideals back onto your movie and television screens. We have had tremendous success, but the road is still sometimes rough. For instance, one studio recently got rid of almost all of its top Christian staff members and replaced them with people reflecting the liberal views of the top executive. And, there are still Christian, conservative executives who let some horrible movies and television programs get through the system.

We can only do as much, however, as the amount of support that our friends and readers give us. Therefore, I urge you to help us spread the word about our efforts to redeem the values of the mass media of entertainment. Please also consider increasing your financial support of this ministry.

Finally, and most importantly, don’t forget that we always welcome and greatly appreciate your prayers. Working in Hollywood always attracts some of the worst kinds of demonic attacks from the Adversary. It takes, therefore, many prayers, and a thick overlay of the Armor of God (God’s Spirit, truth, righteousness, shield of faith, salvation, peace, readiness, and word), to stand against the day of evil and to extinguish the flaming arrows of the evil one (Ephesians 6:10-18).

The Adversary is still very busy in Hollywood and the church, seeking out those he can destroy. Your prayers help me fight the powers and principalities, and spiritual forces of evil, opposed to God.