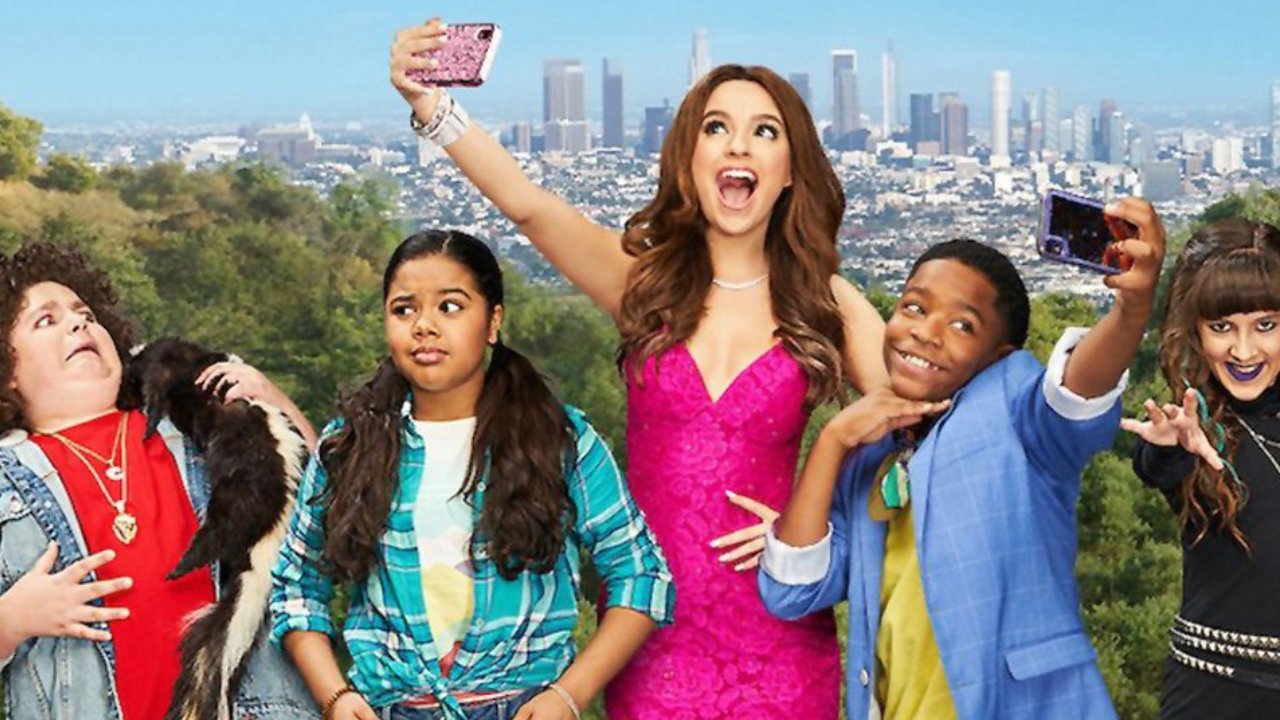 TEAM KAYLIE is a Netflix Original series about a reality television star who is ordered by court to lead a middle school wilderness club. There have been three seasons, and the latest season includes nine episodes. In season 3, Kaylie goes through a series of adventures balancing her celebrity lifestyle, role as wilderness club leader, and personal life dating her boyfriend Colt.

The concept of TEAM KAYLIE is charming, as a reality star is helping younger kids to have a good role model and leader. However, there are many areas in which the cute storyline goes wrong. To start, one of the characters named Valeria is a witch. She talks about coming out as a witch to her grandmother, practicing spells, sacrificing her friend to another witch, and selling her friend’s soul. Another instance is when she wanted to hang with her friends because she thought they were going to “play Jonas Brothers songs backwards to listen for demonic messages.”

Her entire character revolves around being dark and mysterious, but the writers of the show take it to another level by having her be a witch that is interested “in the dark arts.”

Additionally, the show plays into cliché stereotypes for many of the other characters. For example, a kid in the wilderness club named Jay-Jay is gay and extremely flamboyant. He creates clothes for Kaylie, runs her social media accounts, talks about his Cher cds, and brings his essential oils to the club sleepover.

Moreover, Kaylie’s boyfriend Colt enjoys the outdoors and is also a wilderness leader. Kaylie’s mom calls him a hillbilly because he has a southern accent and isn’t famous. Lastly, Kaylie’s mother takes on the job as full time “momager” and has very little regard for Kaylie’s growth and wellbeing. She focuses on making money off Kaylie, getting Botox, and insists that Kaylie’s Quinceanera dress have a shorter length. Many of the character traits in TEAM KAYLIE are exaggerated to an unbelievable level.

As for the other elements in the show, there is no nudity and barely any violence. When violence is included, it is slapstick violence where a character falls or pushes one of their friends. There is some suggestive dialogue where a grandma states that she “needs alone time with her husband” and winks.

Additionally, there is only one h word obscenity and no profanities in the show. There are some positive moral aspects including friendship, leadership, and forgiveness. For example, Kaylie chooses to stay with the club instead of moving to New York for a business opportunity, Kaylie and her boyfriend reconcile after a fight, and Kaylie’s mother and grandmother forgive each other after many years of not speaking.

TEAM KAYLIE is an interesting show and has comedic scenes. However, the characters can be excessive, taking away from the potential for a clean, wholesome show for kids. Due to the suggestive dialogue and occult factors surrounding Valeria’s character, parents will want to proceed with strong caution when it comes to TEAM KAYLIE.