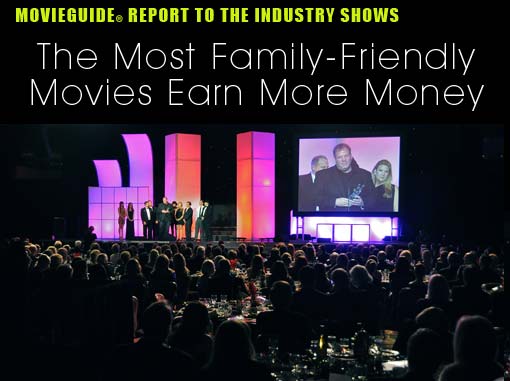 An annual box office analysis by a Christian conservative group has found once again that the most family-friendly movies with the most inspiring, cleanest content earn more money at the box office and on home video.

He noted that the Annual Report, now in its 20th year, doesn’t just examine family movies and cartoons for children, but family-friendly movies with the cleanest, most inspiring, and least offensive content.

The study also found that movies with no sex, no nudity, and no foul language averaged the most money in 2011. In fact, as the following three charts show, the more sex, nudity, or foul language in a movie, the less money it tended to make. 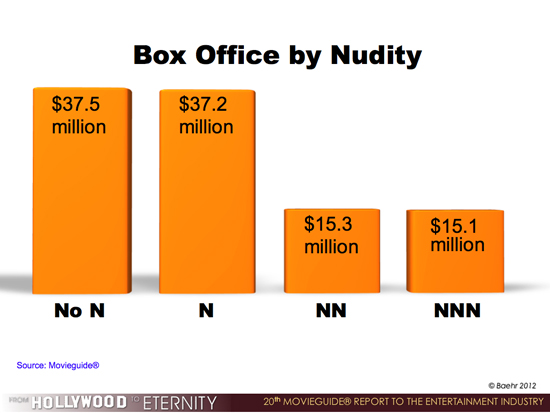 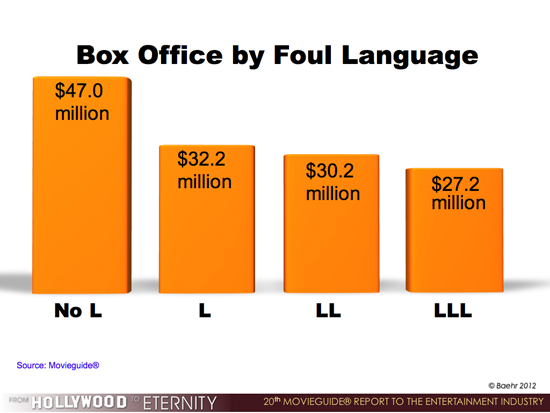 Also, only 12% of the Top 25 Home Video Sales in 2011 had any depicted or extreme sexual content, only 4% had any explicit sexual nudity, and only 20% were rated R.

Dr. Baehr presented these and other highlights from Movieguide®’s 2012 Annual Report to the Entertainment Industry Friday night at the 20th Annual Faith & Values Awards Gala, held at the Universal Hilton Hotel in the heart of Hollywood (movieguideawards.com).

At the Awards, Dr. Baehr and Movieguide® presented more than 25 awards to the most family-friendly and inspiring movies, television programs, and performances in 2011.