Tim Allen’s LAST MAN STANDING Will Be Revived at Fox 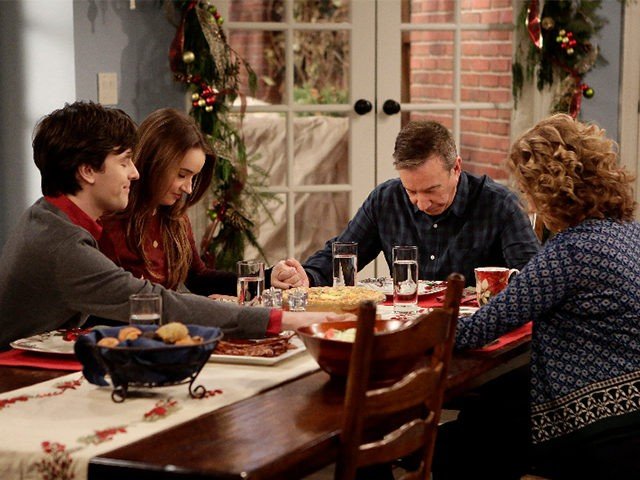 Tim Allen’s LAST MAN STANDING May Come Back to TV

Update: Fox has officially revived LAST MAN STANDING, starring Tim Allen and Nancy Travis, according to TheHollywoodReporter. In a statement released Friday, Allen stated, “When I heard the offer to create more episodes of Last Man Standing, I did a fist pump so hard I threw my back out. It’s the fans! I could not be more grateful for the fans who wrote petitions and kept up the passion and incredible support for the show. And a fist pump, ouch, for Dana Walden and Gary Newman at Fox for not only listening to the fans, but for making the bold move to bring Last Man Standing back. I’m sure audiences will be curious to see what we look like after all these years. Oh, has it only been one year? Well, just goes to show you — a lot can happen in a year.”

Check back as more information is released.

It didn’t take long, but a LAST MAN STANDING comeback may be in the works, not at ABC, where the series aired for six seasons, but at Fox. Tim Allen wrote on Twitter Thursday morning, “They heard all your voices people!! [LAST MAN STANDING] just might be a reality. Keep it up. Who wants more LAST MAN STAND?”

They heard all your voices people!! LMS just might be a reality. Keep it up. Who wants more #LastManStanding ?

When the series was originally canceled by ABC, many accused the network of canceling LAST MAN STANDING because of its favorable representation of conservatives. ABC says that politics had nothing to do with the cancellation, claiming that the decision was made when they decided to switch Friday nights (when LAST MAN STANDING aired) from comedy to drama, even though the comedy continued to deliver strong ratings.

Fox is in talks to revive the TV show, but the discussions are still in an early stage. At one point, CMT had considered bringing the show to their network, but those negotiations failed. With ROSANNE’s revival and explosive ratings on ABC, it could be that other networks are looking to draw in conservative viewers, many of which have abandoned watching television because most conservatives are represented so poorly on Network shows.

Tim Allen last September spoke of his character on LAST MAN STANDING, Mike Baxter, saying, “There is nothing more dangerous, especially in this climate, than a funny, likable conservative character. He is mitigated on the show by a family of women who had a difference of opinions, but [Mike Baxter] was a likable guy and a principled guy about work and ethics and all this stuff.”

As FOX considers bringing LAST MAN STANDING back, is this something you’d like to see?