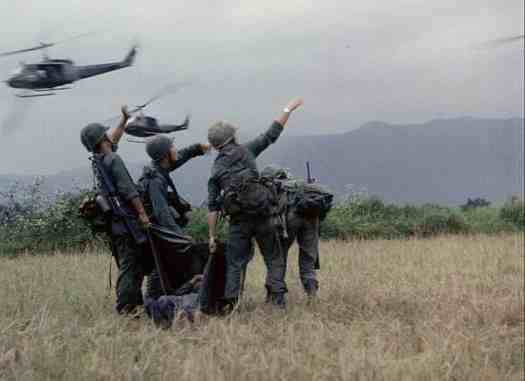 VIETNAM IN HD, which is running on the History Channel this week and set to run on the Hallmark Channel on Dec. 4, is one of the best documentaries ever made. It’s byline says, “It’s not the war we know; it’s the war they fought.” Thus, the movie tells the story who were fighting to prevent the spread of communism and further the cause of freedom. The movie does show, but not in a negative way, some of the military mistakes made by Washington, especially President Lyndon Johnson.

The movie divides the war into several segments and focuses on real people, having famous actors voice real documentary and home movie footage. For instance, Barry Romo grew up in Catholic schools in California. Voiced by Adrien Grenier, he says the schools taught him how vicious the communists were, even cutting out the tongues of Catholic priests so they couldn’t say the Lord’s Prayer.

Thus, right at the beginning of the movie, the battle between good and evil is established. Each one of the stories is told in a compelling narrative fashion. In the process, the history of the war is told.

Perhaps the most powerful segment is the real story behind the battle many people know from the movie WE WERE SOLDIERS. Americans decided to search and destroy an area new North Vietnam. Because of the thick jungle, they could land only a few helicopters at a time so they only unloaded a small number of American troops; and, they had no idea about the size of the enemy troops which totaled in the thousands. Disaster after disaster occurred, and 67 of the American soldiers died. Even so, about 300 Americans held off thousands of North Vietnamese and won the battle, killing 6,990 communist soldiers. In fact, throughout the war, a few Americans were winning battle after battle against incredible odds.

This is a very even-handed and fair-minded movie. It’s worth watching to understand the true story of the Vietnam War and the valor of those who fought. They may not be known as the greatest generation, but they were some of the best of their generation.

There is bloody violence in documentary footage, descriptions of violence, and a few raucous documentary home movies of soldiers on leave in VIETNAM IN HD. All in all, however, this is a very commendable, laudatory, patriotic, television program.