WalMart Asks, “What Do You Want to Watch?” 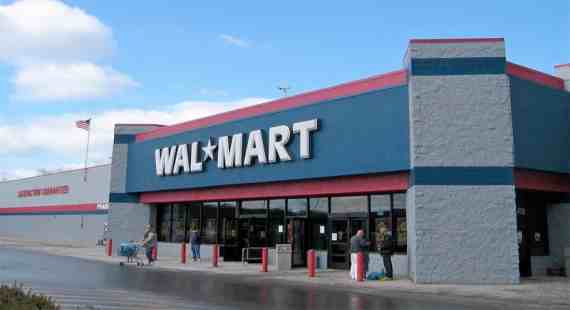 Movieguide® chatted with Ben Simon, Brand Marketing Director for WalMart to talk about their Family Movie Night initiative and why even with 500 channels, families have a hard time finding something good to watch.

WalMart, along with advertising partner Proctor & Gamble and network partner NBC, have teamed up to create, produce and air a series of movies that the whole family can enjoy. A WALK IN MY SHOES airs this Friday, December 3 on NBC at 8 pm and is the third in a

Movieguide® learned that WalMart started the process of moviemaking by simply talking to consumers. They spoke to over 200,000 consumers, mostly moms, about what they liked or didn’t like about network TV. Overwhelmingly, the consumers were unhappy about TV.

Ben Simon says, “We found that they were frustrated and concerned about the lack of family oriented programming. They wanted something they could all watch together.”

Simon goes on to describe that moms want to play the nurturing role at family TV time and not the gatekeeper, forced to quickly grab the remote to change channels when unexpected content pops up. Simon says, “Instead, they want to snuggle up with their kids, laughing, crying at a movie. That’s what moms are asking for.”

WalMart took the lead but credits the help of the other partners. In many ways, this new initiative is not so new in that Proctor & Gamble and other advertisers sponsored TV shows in the early days of broadcasting, but never before has a mass retail chain stepped into the movie business.

Simon says that he hopes family oriented viewers will tune in this Friday in order to help the cause of family programming. He says, “When you tune it, you’ll have a great experience and not have to dive for the remote. This is something WalMart will continue to do as long as consumers validate it by tuning in.”

Movieguide® applauds the work of WalMart in helping families have movies that they can enjoy together.