Where Is the Love in Sex Education? 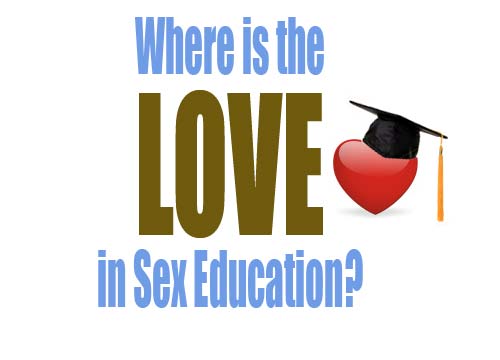 Every year, I have the opportunity to speak in different countries on how to make media-wise families. This year was Ukraine, which I visited a few weeks ago as part of the International Congress of the Family.

The problems in Ukraine are immense. Ukraine has the highest HIV/AIDS rate in Europe, a large white slavery prostitution trade, high alcoholism, and low wages. Its beautiful women are renowned around the world, but mainly as sex slaves and mail-order-brides in other countries.


In the midst of the conference on family issues, some of the government officials were proud that they had introduced American initiated sex education.

MOVIEGUIDE® has carried many articles exposing the fallacy of sex education. As Dr. Judith Reisman and other scientists have shown, sex education not only shows kids how to do it but also gets them excited about doing it. Thus, MOVIEGUIDE® supports abstinence, which has been proven to work, if taught properly.

Where do we find Love Education? In the flesh, we find it in Jesus Christ, and, for more detailed information, we have the New Testament, which is the Word of God.

At its Ukraine conference, the International Congress of the Family discussed everything from sexually transmitted diseases to family planning, to the dignity of life, to the basics of sustaining a good marriage, to the importance of Christian faith.

One of their biggest concerns, however, was the influence of the western media. I was able to address those concerns and teach them the first steps toward media wisdom. Many people asked for permission to translate my MEDIA-WISE FAMILY book and its into Lithuanian, Ukrainian, Polish, etc.

In the battle for the culture, we often focus on the conflict between the various secular worldviews such as materialism and socialism. In its visit to Ukraine, however, the Congress showed that the most important worldview in winning the culture wars and redeeming the values of the media is the Christian faith and its foundation on strong biblical principles. This faith and these principles can teach everyone how to live a better life, not only in Ukraine but throughout the whole world.

Divorce rates would go down, AIDS rates would go down, and abandoned children would find loving homes. Best of all, the joy of giving would melt the Scrooge-like hearts of the opulent societies of the West, including the lust-minded executives in the mass media of entertainment.

Of course, with God, all things are possible.