Why Disney Killed Its Princess Movies 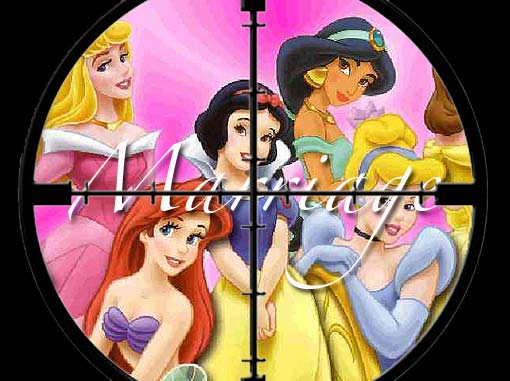 Disney was very disappointed in the box office for THE PRINCESS AND THE FROG. They supposedly found that it only appealed to very little girls. They may have missed the fact it didn’t appeal to a lot of ticket buying parents who don’t want their children seeing voodoo.

The princess movie RAPUZEL was renamed TANGLED and marketed with a focus on the male lead Flynn Ryder.

THE SNOW QUEEN and JACK AND THE BEANSTALK were killed while in development.

While Disney still sells a massive amount of “Princess” toys and dresses, the company is growing concerned that little girls no longer want to be princesses. They’d rather be sex objects.

The Los Angeles Times reports: “‘By the time they’re 5 or 6, they’re not interested in being princesses,’ said Dafna Lemish, chairwoman of the radio and TV department at Southern Illinois University and a liberal, neo-expert in the role of media in children’s lives. ‘They’re interested in being hot, in being cool. Clearly, they see this is what society values…'”

Bratz dolls maker Isaac Larian told the L.A. Times, “You’ve got to go with the times. You can’t keep selling what the mothers and the fathers played with before. You’ve got to see life through their lens.”

The media says, “We must provide little girls with ‘hot’ stuff because they want it.”

They want it because the media’s been pushing “hot” stuff.

The average parent is perfectly happy to buy “princess” toys and let little girls dream of meeting prince charming. It’s the media that wants the little girls to parade around like bait for one-night-stands with “hot” boys (or other girls).

Sadly, the media now has girls looking for charming vampires or werewolves. Girls can no longer believe they’ll live happily ever after with a boy. They need a vampire or werewolf who understands the meaning of real commitment. What boy would be willing to risk his life to keep them safe? The only thing boys are being trained to die for is the next even-more-violent video game.

Disney’s princess movies are hardly Christian. They frequently include witchcraft (though it is shown as evil behavior), but they consistently ended with a marriage between a princess and her prince charming.

If you stand back and look at the forest rather than the trees, marriage is what’s under attack.

Who needs marriage and family? Modern life is all about hanging out and having fun.

The media does it’s best to shape consumer desires then proclaims it’s just feeding those desires.

The media could be a tremendous force for good in society by encouraging marriage, solid families and biblical moral values. It serves as a force for evil when it promotes immorality.