Why THE ANDY GRIFFITH SHOW Will Always Be a Treasure 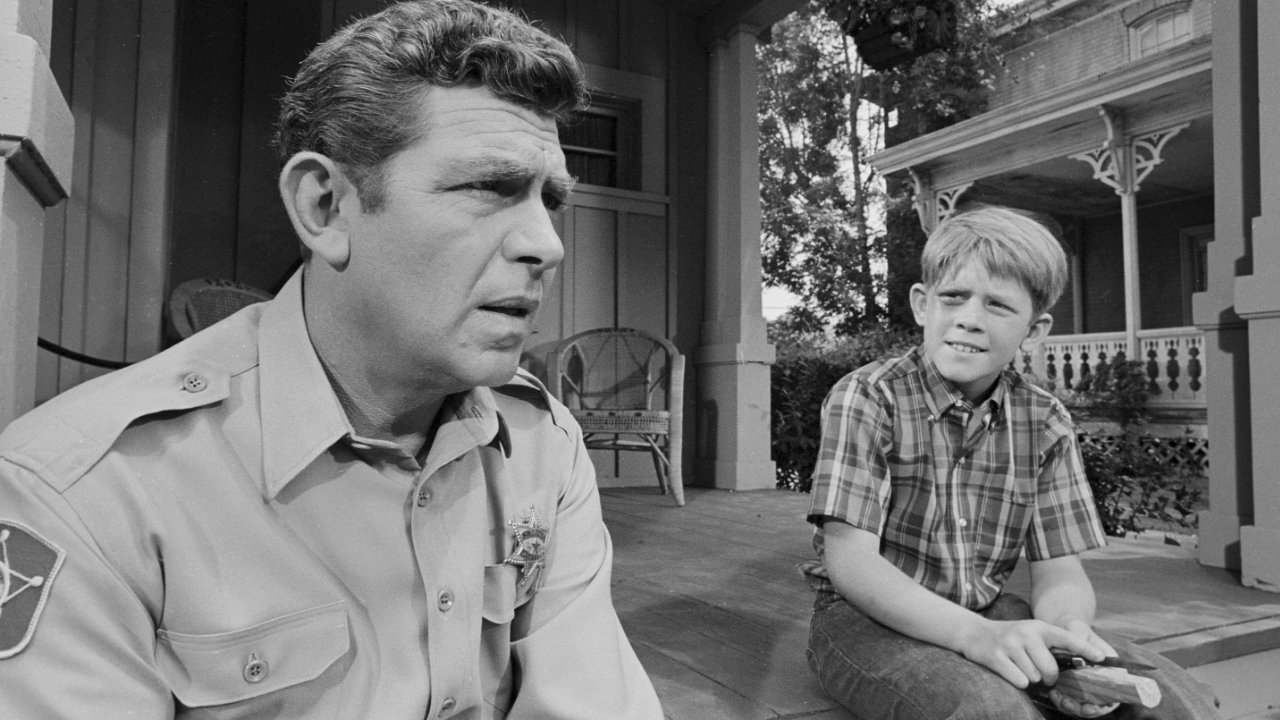 Photo courtesy of https://www.ncdcr.go: Premier of an American Classic, The Andy Griffith Show

Why THE ANDY GRIFFITH SHOW Will Always Be a Treasure

“I miss Mayberry, sitting on the porch drinking ice cold cherry coke, where everything is black and white…”

This Rascal Flats song, “Mayberry,” released in 2002, laments the old days of the town of Mayberry, the residence of THE ANDY GRIFFITH SHOW.

Even though the black and white comedy, that ran from 1960-1968, seemed to be set in a “good ol’ days eutopia,” the world of Mayberry is actually anything but black and white.

THE ANDY GRIFFITH SHOW addresses a lot of the same issues that other TV shows do.  The residents don’t always get along. Town drunks and thieves cause upset in the town.  Characters lust after each other. Strong relationships are tested, and characters hurt each other.

Even so, there’s one key difference between this and the shows on today: Maybe what everyone really misses about the world of Mayberry is the faith the town ultimately has in each other and in their God.  Strengthened by the example of Sheriff Andy Taylor, the characters love each other, learn from each other and help each other serve a greater purpose.

Andy genuinely loves Barney.  They are best friends who not only work together, but also eat many a meal together often prepared by the ever-caring Aunt Bee.  They find themselves humming the same tunes and anticipating each other’s reactions.

However, Barney can be rigid and self-righteous to a fault—a bit like a Pharisee.  In THE ANDY GRIFFITH SHOW: Citizen’s Arrest, Barney is resentful after Gomer makes a citizen’s arrest on him, and Andy orders him to give himself a ticket.  Barney locks himself in jail and resigns from his position as Andy’s deputy. Ultimately, Gomer shows compassion and concern for Barney and Andy’s friendship.  Gomer calls in a fake robbery, knowing that Barney would never let Andy face robbers alone.  Barney falls for Gomer’s trick and apologizes, but not before Gomer pays a fine for his violation, of course.

Even so, Barney learns grace and humility from Gomer who put himself in the wrong so that Barney could feel alright again. It’s a lesson from the seemingly naïve Gomer can teach Barney about really listening and responding to what other people need.

The characters in Mayberry are all very caring and use their heads to help one another.  However, at times they do misjudge what their loved ones really need from them.  In THE ANDY GRIFFITH SHOW: The Pickle Story, Aunt Bee is seen preparing her homemade pickle recipe.  For eleven years, Aunt Bee has been entering her homemade pickles in The Annual Pickle Contest, and for eleven years, her friends and family have been pretending to like them.  Everyone but Aunt Bee knows that her pickles are terrible.

To protect Aunt Bee from criticism, Andy and Barney switch her homemade pickles with store-bought pickles.  Just when Andy thinks he has really done a good thing, his neighbor Clara gives him one of her truly delicious pickles.  Andy learns that his irritatingly pickle-proud neighbor copes with missing her deceased husband by making her pickles.  Making award-winning pickles makes Clara feel helpful and like she is doing something worthwhile.  Andy learns that “what doesn’t mean much to some, means an awful lot to others.” They learn that Aunt Bee wasn’t interested in winning the contest.  Ironically, she just wanted to make something that her family liked.

THE ANDY GRIFFITH SHOW really is about several people coming together to do their best.  No member of Mayberry is a lost cause.

In THE ANDY GRIFFITH SHOW: My Fair Ernest T. Bass, Barney characterizes the very improper Ernest T. Bass as “too far gone,” but Andy never seems to see anybody that way.  He has faith in people.  He teaches Ernest how to be a gentleman.  The goofy Ernest and the quiet Ramona enjoy one another’s company at a party, showing that anybody can be a special someone to somebody.

Andy appreciates people even when they make mistakes, like the creative Floyd, the barber who struggles to give him even sideburns.  Andy makes sure to praise him when he succeeds. He makes a point to even encourage the people he puts into prison to do better.  The local drunk Otis has access to a cell so he can sober up.

In THE ANDY GRIFFITH SHOW: The Darlings Are Coming, Andy and the locals don’t allow the Darling family to cheat their way into playing music in a hotel room for a night, but Andy allows them to do it in the jail. When he catches someone in the wrong, he always asks them questions and tries to be understanding.  Andy is willing to be the butt of jokes if it means that the people he protects and serves can have the best.

THE ANDY GRIFFITH SHOW acknowledges God by exemplifying how imperfect people can love and honor each other. Mayberry truly is a town that calls viewers to “love their neighbors as themselves.”

THE ANDY GRIFFITH SHOW stands up to the test of time, by providing viewers with real-life examples of serving others that they can still very much relate to.  Grace can be given even when it seems the least deserved. Every person is unique. Every person has a purpose.