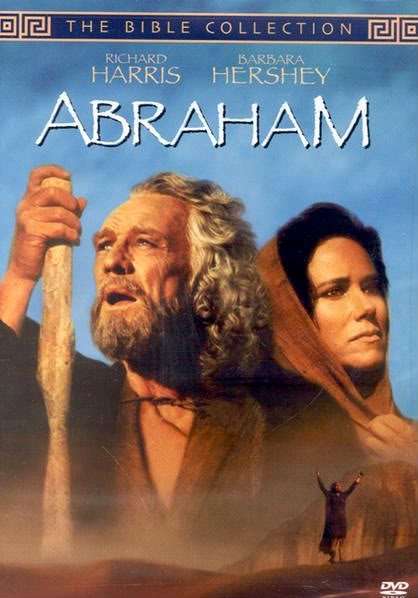 ABRAHAM is a remastered DVD of a two-part 1994 television miniseries about the Jewish patriarch Abraham and his family. It shows the long and difficult journey of Abraham, starting from his father’s house and ending in the land of Canaan. God promises Canaan to Abraham and his descendents, but Abraham faces many challenges, including war, kidnapping and, eventually, the ultimate test of Abraham’s faith. Abraham’s struggles are shown in a compelling, sometimes heartbreaking way that highlight the difficult task Abraham is given and the faithfulness with which he fulfills his purpose.

ABRAHAM is an engaging, though not perfect, movie, with a strong biblical worldview. Although it has some historical inaccuracies and speculations, it does a good job staying true to the heart of the story. The acting is extremely well done and compelling, and the overall quality is very entertaining and believable. ABRAHAM powerfully shows the joy that comes from following God’s Word as well as the pain that comes from rejecting it. Some intense, though not graphic, battle scenes and mature themes in ABRAHAM warrant caution for younger children.

(BBB, VV, S, N, M) Strong biblical worldview with an emphasis on following God no matter the cost and the faithfulness of God’s promises, there are some historical speculations and detail changes, but they remain true to the heart of the story; some strong and light violence includes the throats of several animals are slit but not graphically, brief fight between men, two battles occur with men being stabbed, one man is stabbed off-screen, man is briefly seen being stabbed in an alley, and God tells Abraham to sacrifice Isaac, but God stays his hand; implied sex with nothing shown, the sexual wickedness of Sodom is briefly portrayed though not graphically; upper male nudity, woman wears cleavage revealing dresses, full nudity of young boys playing in water, not sexual, baby breastfeeds, but only bare shoulders of mother are seen; no alcohol; no smoking or drugs; and, man lies to save his own life, a large group of people is kidnapped, and a man takes a woman from her family so he can get a reward.

ABRAHAM is a remastered DVD of a two-part 1994 television miniseries about the patriarch Abraham and his journey to gain the land promised by God as well as his spiritual journey of learning to know and trust God. The acting and overall quality is well done and does a good job drawing the audience into the story and inspiring them to follow God no matter the cost. It does have some historical speculations and inaccuracies, but on the whole it stays true to the heart of the story.

The opening introduces viewers to the tribal clan of Terah, a semi-wealthy man who lives in the land of Huran with his two sons Abram and Nahor and their wives. In the land of Huran, the people of Terah flourish and grow great in wealth and number, but as their numbers grow, so does the fear and subsequent oppression of the king of Huran. Abram, the oldest son and future leader of the tribe, becomes weary with the king’s abuse, but his most earnest pleas will do nothing to soften the king’s heart. Despite the king’s oppression, the clan is happy in the land of Huran, calling it a paradise blessed by the “gods” of the land.

However, Abram has a fire in him he doesn’t understand. He keeps searching for something to bring peace to his heart, but it continues to elude him. He’s tried reaching out to the “gods” of the land, but got nothing from them. His nephew, Lot, seems to have received a child by their blessing, but Abram’s wife, Sarai, remains barren.

The day comes when Abram realizes that the many so-called gods of the land are nothing but lies. In anger, he destroys a room of idols and goes to the wilderness for solitude. While there, a seemingly miraculous rush of water carries Abram away and leaves him, wet and confused, in a secluded canyon. It is then that he hears a Voice telling him to leave his father’s house and go to the land that God will show him and that he will be made a great nation. He is told that those who bless him will be blessed, and those who curse him will be cursed.

Cut to Abram’s father and brother incredulous and angry at his plan to leave all he knows to follow this unknown God. Abram can’t make his brother understand, but this is something he must do. He must obey this mysterious and powerful God no matter what. In this new confidence, Abram sets out with his household and that of his nephew Lot on the long and difficult journey to receive the land (and the child) promised by God.

ABRAHAM does a good job showing the faithfulness of God to His promises as well as Abraham’s faithfulness to God, even when he’s told to sacrifice his own son. It also does a good job showing the everyday struggles present in that time. There are some historical inaccuracies and speculations, but ABRAHAM remains true to the heart of the story. The acting and sets are extremely well done and draw the audience into the world of Abraham and Sarah. The picture and sound can occasionally be slightly unclear, but it doesn’t distract from the overall movie.

Overall, ABRAHAM is a very well done, entertaining movie with a very strong biblical worldview that shows the power of God and His promises. Because of some mature themes and intense, though not graphic, battle scenes, caution is advised for younger children.