"CREED Lives Up to the Legend" 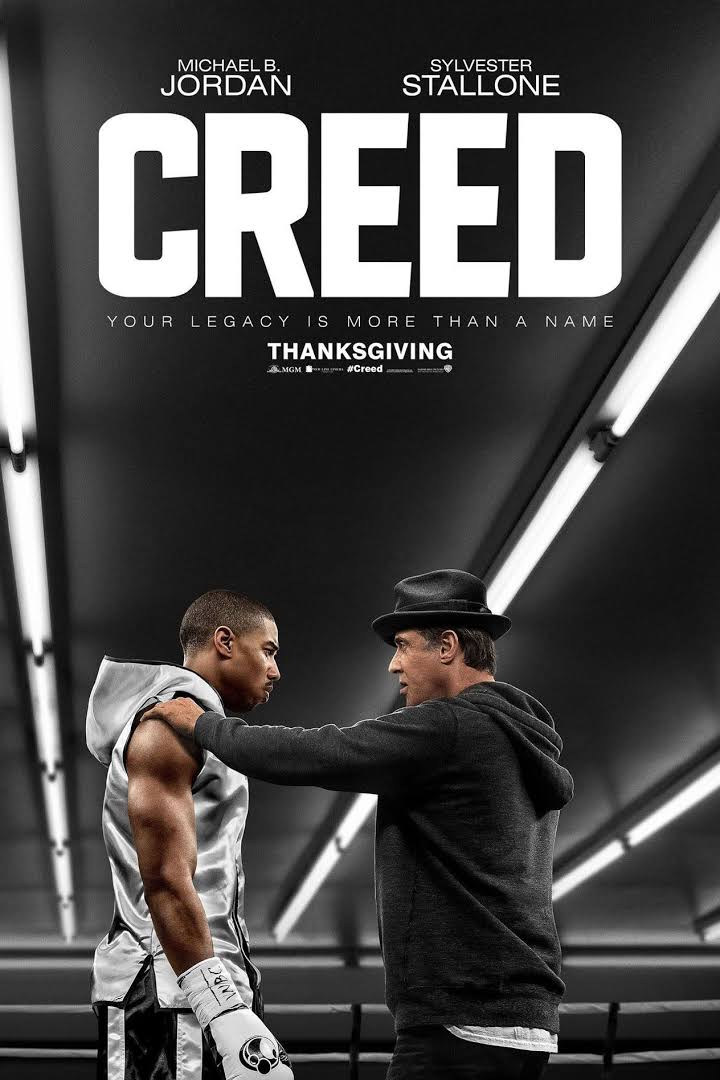 A sequel to the ROCKY movies, CREED is about Adonis, the youngest, illegitimate son of the legendary fictional boxer who fought Rocky, Apollo Creed. Adopted by Apollo’s wife, Adonis goes to Philadelphia to be trained by Rocky Balboa himself. Adonis finds Rocky in his restaurant and convinces him to train him. Even though no one believes in his ability, the media learns Adonis is Apollo Creed’s son. Soon, he’s approached to fight the world’s best fighter, but is he ready?CREED is a very entertaining movie with lots of heart. Within the first few minutes, audiences will be invested in the story. The script is good, with many laughs and some tearful moments. CREED has a strong Christian, moral worldview stressing forgiveness, loving and caring for each other, and prayer. There are some clear references to other ROCKY movies, but moviegoers don’t have to see the past movies to understand this one. CREED has some problem areas, however. Like the first ROCKY movie, the lead character sleeps with his girlfriend before marriage. CREED also contains boxing violence and too much foul language.

(CC, BB, LLL, VV, S, N, M) Strong Christian, moral worldview includes forgiveness, loving and caring for each other, images of crosses in graveyard, characters talks to/pray to those who are not alive at their gravestone, one character says the building looks like a church, and a song mentions praying to the Lord; 23 obscenities, (including one “f” word), one strong profanity mentioning Jesus, two light profanities, vomiting; strong violence within the boxing ring, main characters eye gets beaten up, boxers spit up blood, punching, character gets in a fight outside the boxing ring and hits another man, character gets in a fight as a child in juvenile detention; implied fornication scene, woman tries to convince male lover to be committed and he later suggests potential marriage, brief mention of a couple living together; upper male nudity, female in bra; no alcohol use; no smoking or drug use; and, lying by a bad character.

A sequel to the ROCKY movies, CREED is about the youngest son of the legendary fictional boxer who first fought Rocky, Apollo Creed, who comes to Philadelphia to be trained by Rocky Balboa himself. CREED has a strong Christian, moral worldview, with an underlining story about forgiveness, but there is some foul language, boxing violence and some other immoral content.

Adonis Johnson never knew his father, Apollo Creed, because he was the product of an affair. Apollo was killed in the boxing ring by Dolf Lundgren’s character, in the third ROCKY movie. Adonis went into multiple foster homes, community homes and even juvenile detention. One day, however, Apollo Creed’s wife, Mary Anne, adopts him. Mary Anne tells Adonis that his father was her husband, Apollo Creed.

Years later, Adonis is living in a beautiful house with Mary Anne, who he now calls Ma. He has a good desk job, but on the weekends he travels to Mexico to box. Winning every fight, Adonis knows he could make it in the boxing world. Everyone around him, however, tells him he’s wrong, and Mary Anne doesn’t want him to get injured.

Adonis decides to give up his job and try to box professionally. He goes to Philadelphia to find Rocky Balboa. Even though Rocky and his father fought twice, they became good friends after their second bout, which Rocky won.

Finding and meeting Rocky, Adonis tells him he wants to be trained by him, but Rocky doesn’t want anything to do with boxing anymore. Over time, Adonis convinces Rocky to train him. After just one fight Adonis is given the opportunity to fight the best fighter in the world. Is he really ready for this, or will he be severely injured?

CREED is a very entertaining movie with a lot of heart. Within the first few minutes, audiences will be invested in the story. The script is good, but there are a few cheesy actors. Even so, not only will you laugh, but audiences will also cry and root for Rocky and Adonis. There are definitely clear references to prior Rocky films, so the Rocky lovers will enjoy that, but you don’t have to have seen the past films to understand this one.

CREED has a strong Christian, moral worldview. The movie extols prayer and forgiveness, which becomes a major theme. Also, the main characters care for each other and give to one another, even though they aren’t necessarily family members. That said, strong caution is advised for CREED. The lead character sleeps with his girlfriend before marriage. The girlfriend does confront him and say she needs more commitment, so they decide to be more serious. Also, there is lots of boxing violence, of course, with some blood. The violence includes a pretty bad eye injury for Adonis. CREED also contains too much foul language.

Listen to the Movieguide Podcast