"How To Kill, Steal and Destroy" 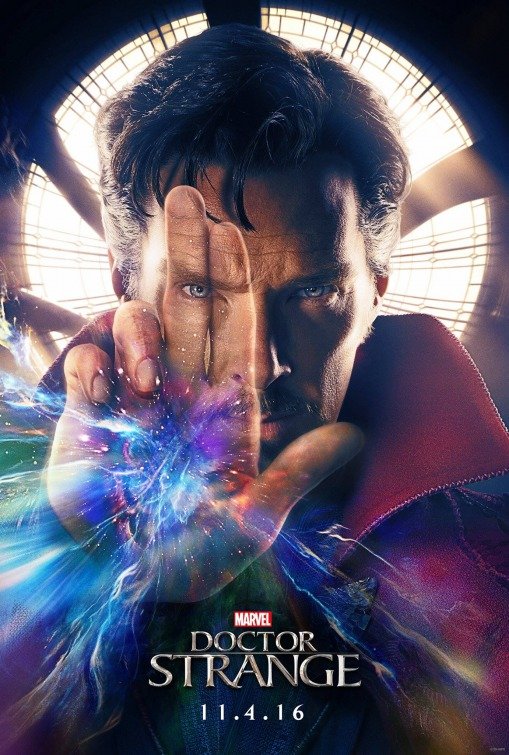 DOCTOR STRANGE is a story about an injured neurosurgeon who turns to the occult arts, sorcery and even killing to heal himself. When a car accident ends his career as a surgeon, Dr. Stephen Strange searches for a solution to his physical problem. He goes to an occult ashram in Katmandu, but he mocks the female guru, who’s known as the “Ancient One.” She kicks him out, and Dr. Strange must become humble before he can be a warrior sorcerer. Eventually, he must kill, steal and break the laws of nature to protect it from the Devil.

Ultimately, the plot of DOCTOR STRANGE peters out when the only solution to the plot problem is looping time. The acting in DOCTOR STRANGE is good. The direction is strong. However, the plot is worrisome and frightening. There’s a lot of extreme violence, but no other semantic content problems. What makes the movie really abhorrent is the boldness with which it presents occultism as the answer to everyone’s problems. DOCTOR STRANGE is a well crafted, but propagandistic and evil promotion of extreme occult Hinduism.

(OOO, FRFRFR, L, VVV, A, MMM) Extreme occult worldview with extreme, false propaganda where an egotistical, humanist doctor has to learn to be a sorcerer to restore his body, with nominalistic ontology, circular reasoning, depressing dead end world where death is the end, powerful demonic characters, sorcery, occult spells, and evil artifacts promoted; two profanities and seven obscenities; extreme violence, first with bloody operations, next with the battle of sorcerers stabbing and cutting heads off, sorcerers chopping body parts, inflicting torture and pain, and ultimately with the devil Dormammu trying every possible literal way to kill Dr. Strange; no sex, but some mild kissing; no explicit nudity; light alcohol use, use of magic potions; no smoking or illegal drugs; and, extremely explicit descriptions of occult spells and very well thought out descriptions of magical devices.

DOCTOR STRANGE is a well-crafted, but propagandistic and abhorrent promotion of extreme occult Hinduism. Having grown up in the occult, it is interesting to note that many of the major secret teachings of the occult find their way into this movie.

Dr. Strange is an arrogant neurosurgeon in New York City, who tackles the most difficult operations. He’s abusive to almost everyone, including the woman doctor who loves him. After finishing a nearly impossible operation, he is racing his sports car to go to an event to give a lecture when he crashes. He wakes up to find out that his hands have 11 pins in them after hours of operation and have lost their nerves and fine motor control. In other words, he can no longer be a surgeon.

Stephen Strange searches for a solution to his physical problem. Eventually, he finds a man who recovered from his extreme paralysis by going to an occult Hindu ashram in Katmandu. When Strange gets to the ashram, he mocks the woman who is known as the “Ancient One” sorcerer. She kicks him out, and he has to become humble before he can become a student of magical arts.

Dr. Strange learns one of her students, Kaecilius, joined the dark side and stole a very potent incantation from one of the guarded, locked occult books. To steal it, Kaecilius had to cut off the head of the librarian.

Dr. Strange advances rapidly and learns he has to choose between being a doctor and being a warrior sorcerer. He says he took an oath to save life, not to harm it. Now, however, he has to kill, steal and break the laws of nature to protect it.

Strange finds out there are three special sanctums around the world, New York, Hong Kong and London, that keep the world from being invaded by the Devil. When these are destroyed by Kaecilius, Dr. Strange must confront the devil Dormammu. He travels the astral universes to find and bargain with the Dormammu. His only weapons are his ability to put time into an endless loop, which wears the Dormammu down.

After several battles with Kaecilius, one of which ends the life of the Ancient One, Dr. Strange chooses to be a warrior sorcerer. The Ancient One posits that death is the end.

Ultimately, the plot of DOCTOR STRANGE peters out when the only solution to the plot problem is looping time. The weakness in the story is inadvertently expressed by Dr. Strange when he says he took an oath to save lives but not kill them but now, as a sorcerer, he’s killing people. The other weakness is when the Ancient of Days says death is truly the end and that this is a good thing.

The good news, however, is that death isn’t the end and you don’t have to kill to triumph. Jesus says in John 10:10 that “the thief comes to kill, steal and destroy” but that Jesus came to set us free and give us “abundant life.” Thus, God loves us so much that he teaches us to love one another and gives us the free gift of eternal salvation.

To sustain this movie’s miserable occult worldview, the multiverses of time and space have to be subject to mind control, not subject to the Laws of Nature and Nature’s God. Having grown up in the occult and gone to India to visit the international convention of Hindu yogis, I find that the enormity of the task of controlling multiverses and playing God is ultimately depressing and self-destructive. That is why the Gospel of Jesus Christ is such Good News. With the Gospel, we don’t have to play God, and we can love one another.

The acting in DOCTOR STRANGE is good. The music is superb. The direction is strong. However, the plot is worrisome and frightening. There’s a lot of extreme violence, but no sex, nudity or other semantic content problems.

What makes the movie really abhorrent is the boldness with which it presents occultism as the answer to everyone’s problems and tempts those in the audience who think they’re chosen to follow an occult path. All of this occultism is made more potent with lots of humor and very good dialogue. Eventually, the answer to DR. STRANGE is choose this day whom you’re going to serve: Love that sets you free in the person of Jesus Christ; or, magical arts that stroke your ego into a solipsistic prison.