"Desolation Comes in Many Forms" 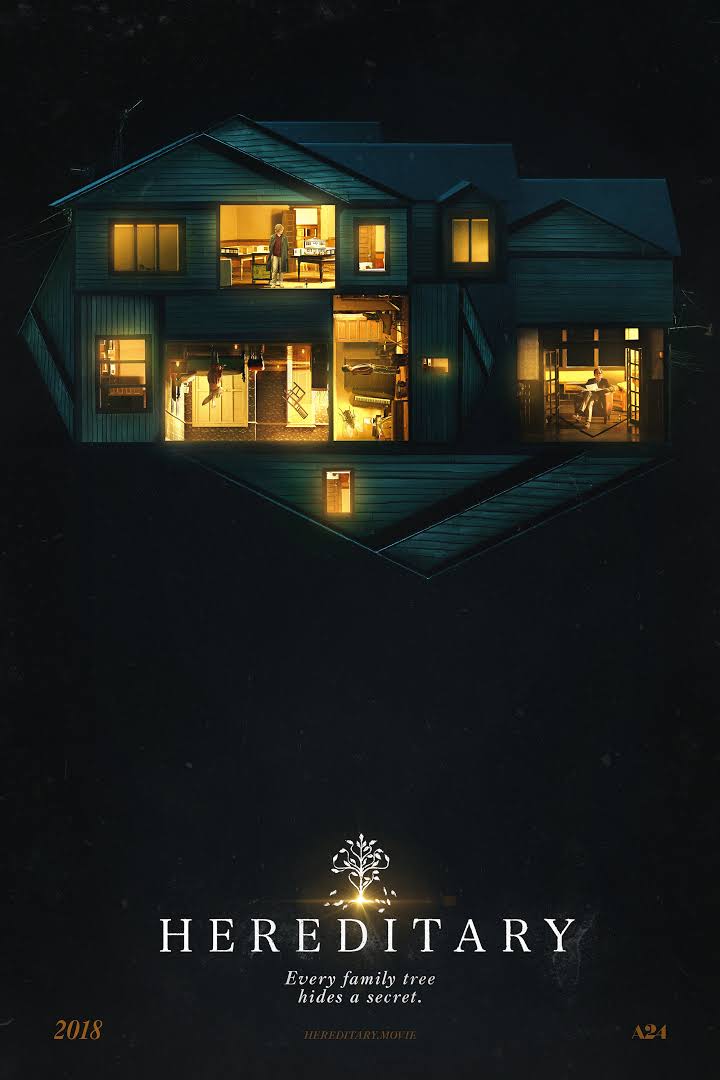 HEREDITARY is a story about the horrors of death and loss and the bad decisions engendered by grief. Annie struggles to protect her family from the effects of her mother’s death. She wrestles with past grievances inflicted upon her by her mother that were potentially passed down to her daughter, Charlie. As things unravel, Annie has to choose between her personal desires and protecting her family.

HEREDITARY is high quality horror. It does a masterful job creating a tense atmosphere through beautiful sets, intriguing camera moves, lighting, and scoring. The artistic skill displayed is top notch. However, the movie’s created world is very dark and disturbing, offering many warnings to potential viewers. In a movie with so much death, there’s little to no mention of God or faith. It gets worse, however. As Annie delves into her mother’s madness, she opens herself and her family to the demonic world of the occult. Consequently, things turn for the worse for Annie and her family, leading to desolation, demonic victory, and rejection of God. HEREDITARY is an abhorrent story with excessive foul language and violence.

(OOO, AbAbAb, FR, LLL, VVV, S, NN, AA, DDD, MM):
Dominant Worldview and Other Worldview Content/Elements:
Very strong occult worldview with spiritualism, occult symbols and totems, séances, occult words and books, possession, demonic images, demonic victory, and demonic rejection of God, with some postmodern morality;
Foul Language:
At least 35 obscenities (mostly “f” words) and four strong and light profanities, plus use of the “n” word in a rap song;
Violence:
Very strong and strong scary violence includes a bird flies into a window, a dead bird’s head is cut off, graphically depicting cutting a person’s head off, someone is burned alive, someone is covered by thousands of ants, an attempt at burning someone alive, and a car accident occurs;
Sex:
No depicted sex but kissing among teenagers at a high school party;
Nudity:
Full frontal male nudity and full frontal female nudity on several occasions in a ritualistic setting but partially shrouded in shadows, plus nudity on a miniature model;
Alcohol Use:
Underage alcohol consumption at a party;
Smoking and/or Drug Use and Abuse:
No smoking tobacco but heavy use of marijuana on multiple occasions and images of drug paraphernalia include bongs and pipes; and,
Miscellaneous Immorality:
Light miscellaneous immorality includes a hit and run car accident.

What would it take to tear a family apart? Horrific in both concept and content, HEREDITARY offers a look into a possible answer to this question. It explores the weight of our choices in light of regrets. Its overarching point is that our actions carry consequences in both life and death.

HEREDITARY is a horror movie about a family haunted in their home by memories and choices. It lacks any reference to organized religion, especially that of Christianity in the face of death and loss. Also, it’s littered with occult references, symbols, and rituals. These ultimately ensnare the entire family, where their effects bring about devastating consequences.

HEREDITARY follows a woman named Annie and her family. The main setting is their home in the country hills near a small town seemingly in the northeast of the US. At the death of her mother, Annie tries to help her family grieve their loss. However, as time passes, she’s unable to comfort her children, Charlie and Peter, because she herself is grieving. Charlie, Annie’s daughter, is distracted and distant. She retreats to her world of drawing in her sketch book and weird ritualistic totems. This worries Annie, but Annie is unable to reach her. Peter deals with the loss via escape. He numbs the pain through recreational drug use. All the while during his escape, there always seems to be more pain beneath the surface as it relates to Peter’s relationship with his mother. Meanwhile, Annie’s husband, Steve, is ineffective as both husband and father due to his inability to authentically grieve and understand his children’s behavior.

As time pass, more tragedy threatens to completely obliterate any familial relationship Annie’s family has with one another. Seeking healing and restoration, Annie’s cries are heard, but not by something life-giving.

As Annie wrestles with the weight of her choices, she comes to learn that nothing is what it seems. Even the people whom she thought were there to help, turn out to be something else. Left alone and isolated due to perceived mental instability, Annie struggles to save herself and her family.

HEREDITARY explores the extreme darkness that can accompany the loss of a loved one. It shows how someone can be imprisoned by loved ones who have left. The movie almost seems to be two in one. One the one hand, there is a story about the world of the occult and spiritualist attempts to contact the dead via séances. On the other hand, there’s a story about the personal emotional hardships people can face in moving on from tragedy. This dynamic is at times intertwined and yet the moments that work best in the movie are those between Mother, husband and son wherein each wrestles with the emotional weight of death.

Make no mistake, though. HEREDITARY is a very dark movie with nary a redemptive moment. With depictions of occult practices and even full but shadowy frontal nudity of both men and women engaged in ritualistic activity, this movie can hardly be recommended. However, it offers an intriguing apophatic encounter with the divine. For example, though they seem positive at first, the occult practices in the movie eventually are depicted for what they truly are, demonic. As a result, the question of where God is never recedes totally from the viewer’s mind. This question naturally arises in the face of so much human despair and loss, not to mention the occult activity in the story. In the negative space that the movie creates where God is not, is just the place where God is. The negative space leads to encountering God through encountering what God is not.

During the movie’s most heinous crime, the rejection of the Trinity, God’s presence nearly shouts through the darkness. In this rejection, the horrific acts enacted upon Annie’s family become an encounter with evil so severe that the thought of love and wisdom apart from the triune life-giving community are incomprehensible. Indeed, the very nature of the concepts of love and wisdom take on different meanings and become demonic, apart from divine love. This demonic inversion answers the opening question, “What can tear a family apart?” Answer: Separation from divine love.

Eventually, however, things turn for the worse for Annie and her family, inevitably leading to desolation, demonic victory and rejection of God. HEREDITARY is an abhorrent story with excessive foul language and violence.