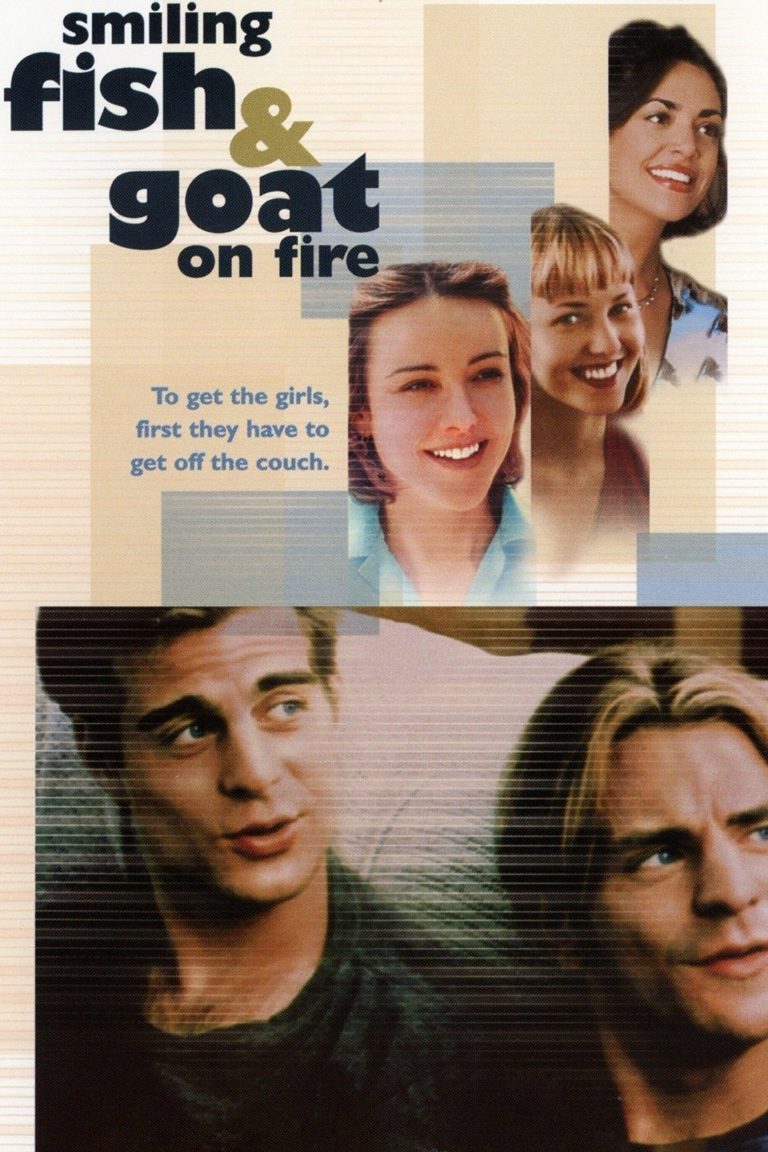 SMILING FISH AND GOAT ON FIRE is a low-budget romantic comedy about two orphaned brothers who both find two new women to woo after their girlfriends leave at the same time. Nicknamed “Smiling Fish” and “Goat on Fire” by their half Native American grandmother, the two brothers suffer when circumstances threaten to tear the new lovers apart. The movie resolves both stories in the end, of course. What is most remarkable, however, is the movie’s surprising ending, which takes place during an emotional Christian church service. Then, as the final credits roll, viewers hear a man singing the great Christian hymn, “A Closer Walk With Thee.”

Despite its wonderful ending and many cute, virtuous scenes, this movie also includes many immoral elements, including foul language, a scene involving marijuana use and fornication. This uncomfortable blend makes SMILING FISH AND GOAT ON FIRE not so successful morally and spiritually. On the other hand, the high quality of the script and the acting ensemble are enough to give the movie’s production and entertainment values a four-star sheen. MOVIEGUIDE® still warns adult viewers to be extremely cautious about whether to see this contradictory gem

(RoRo, CC, LLL, V, S, N, A, DD, MM) Romantic worldview sanctioning some immoral behavior, plus some Christian elements that enrich parts of the movie, including its final reel; 62 obscenities, 10 profanities, some sexual dialogue, & man writes a smutty song; mild violence such as brothers playfully wrestle & man angrily attacks another man, bloodying his nose; implied fornication; upper male nudity & women in underwear; alcohol use; smoking & a scene of marijuana use; and, cheating, lying, irresponsibility, suicidal behavior, & two people jokingly chant a pagan mantra to get what they want but they fail to get it anyway.

If you want to make a great romantic comedy that is funny, endearing and tugs at the old heartstrings in the final reel, you can’t go wrong if you follow the pattern set by such movies as SINGIN’ IN THE RAIN (Number 71 on MOVIEGUIDE®’s Top 100 List of Movies) and SLEEPLESS IN SEATTLE. Although the romantic couple meets early in the story of SINGIN’ IN THE RAIN and only at the end in SLEEPLESS IN SEATTLE, both movies feature circumstances near the end of their stories that separate the lovers until just the last moment. Such an ending can send audiences soaring out of the theater in a state of aesthetic ecstasy. Of course, if you don’t have appealing actors like Gene Kelly, Debbie Reynolds, Tom Hanks, and Meg Ryan in your movie, you might as well forget it.

Though its actors aren’t quite as appealing as the folks mentioned above (and though it contains elements that definitely make it less than family friendly), the low-budget romantic comedy SMILING FISH AND GOAT ON FIRE follows the classic pattern. It puts a great twist to its final reel that lifts the movie above its generic roots and gives a warm, endearing, even Christian spin to its story.

Made by two brothers and their close friend, this movie with the weird title begins with scenes from the love life of two fictional brothers. The handsome brothers are living in the ramshackle two-story house of their parents, who died years before in a car crash on the 405 Freeway in Los Angeles. Tony, played by Steven Martini, one of the real-life brothers who made the movie, is an accountant. Chris, played by Derick Martini, is a struggling actor looking for work. As Chris explains in a brief narrated opening, their deceased grandmother, an Italian-Native American, nicknamed Chris “Smiling Fish” because of his sunny, devil-may-care attitude, but named Tony “Goat on Fire” because of his brooding, pessimistic nature.

Both Tony and Chris are having problems with their girlfriends. Chris apparently has been cheating on his girlfriend, while Tony’s in a more serious affair with his girlfriend, who suddenly has been breaking down and crying every time they start making love. In fact, Tony’s girlfriend wants to have their second trial separation, leaving Tony momentarily to his own devices. Meanwhile, Chris’ girlfriend breaks off with him because of his cheating.

Chris and Tony are not left alone for long. Chris meets their cute female mail carrier, Kathy, played by the appealing Christa Miller of TV’s DREW CARRY SHOW. They are immediately attracted to one another. Chris also hits it off with Kathy’s young daughter, Natalie, who’s going after a part in the same TV show for which Chris himself is auditioning. At a party, Tony meets the beautiful Anna, played by Rosemarie Addeo. Anna is an Italian-born animal wrangler working in Hollywood. Tony’s newfound friend at work, Clive, the elderly African-American uncle of his boss, encourages Tony to court Anna. As played by Bill Henderson from CITY SLICKERS, Clive is a humorous, honest and irascible individual who’s mourning the recent death of his beloved wife. Some of the best scenes in the movie occur when Clive shows Tony and Anna some movies, recordings and photos of the days when he and his wife worked on the set of a redemptive movie being made by a pioneer African-American production studio. A sound engineer, Clive tells the young couple that certain people just set off special soundwaves when they’re together. Clive also tells Tony that he expects to have a glorious reunion with his wife in heaven really soon.

As this review suggested earlier, Chris and Tony’s new romances face a final crisis. When Natalie and Chris fail to get the parts they’re after, Kathy decides it’s time for her and Natalie to head back to Wyoming, which Natalie calls “Wy-boring.” Meanwhile, a regrettable misunderstanding separates Tony and Anna, possibly forever.

The movie resolves both stories at the end, of course. What is most remarkable about SMILING FISH AND GOAT ON FIRE, however, is the fact that the surprising resolution of Tony and Anna’s story takes place during an emotional Christian church service involving Clive. Then, as the final credits begin to roll, viewers hear Clive singing the great Christian hymn, “A Closer Walk With Thee.”

What a marvelous, redemptive ending! Not only does it remind one of the joys of watching the endings to such movies as SINGIN’ IN THE RAIN and SLEEPLESS IN SEATTLE, it also leaves one with an inner spiritual glow. Unhappily, however, before one gets to this positive ending, there are many objectionable elements that appear in the rest of the movie. Among these are the implied fornication by the two brothers and their various paramours, plenty of gratuitously strong foul language, some sexual references, and an early scene where Chris smokes marijuana with two women he’s trying to bed.

These terrible elements conflict with the movie’s positive ending, the warm and funny scenes with Clive talking to Anna and Tony, the examples of brotherly love between Chris and Tony, and the cute scenes between Chris, Kathy and Natalie. This uncomfortable blend makes it seem as if there are two entirely different movies here fighting for the audience’s attention. Ultimately, it makes SMILING FISH AND GOAT ON FIRE much less successful, morally and spiritually speaking, than it could have been. The Martini brothers and their friend Kevin Jordan, the director and co-writer, should have been more confident in the sweeter aspects of their story and script. On the other hand, the high quality of the script and the acting ensemble are enough to give the movie’s production and entertainment values a four-star sheen. MOVIEGUIDE® still warns adult viewers to be extremely cautious about deciding whether to see this contradictory gem.