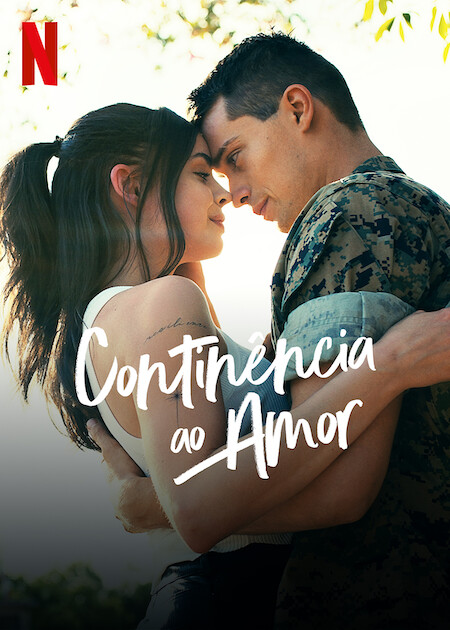 PURPLE HEARTS is a romantic drama on Netflix. Cassie works as a waitress and singer-songwriter at a bar in Oceanside, California. Sadly, she’s unable to pay for her insulin to control her diabetes. At the bar, she meets a Marine named Luke, but they are extremely different people. Luke is in his own financial hardship, because he borrowed money from a very bad guy who wants to be paid back right away. Despite their differences, Cassie and Luke decide to get married to receive military benefits. Can they put aside their differences? Will their phony marriage be exposed?

PURPLE HEARTS is a well-made, often entertaining movie. It doesn’t have a big budget, but it’s a classic romantic drama with lots of heart. PURPLE HEARTS has a strong moral worldview that extols loving other people despite differences and caring for others in hard times. It also shows the ramifications of lying, and the characters become better people by learning from their mistakes. Despite this, PURPLE HEARTS has more than 25 obscenities, including two “f” words, plus two Jesus profanities. So, MOVIEGUIDE® advises extreme caution.

(BB, PP, LLL, V, S, N, A, M ):
Dominant Worldview and Other Worldview Content/Elements:
Strong moral worldview about caring for others, loving others and keeping a vow during hardship and despite differences, with some Pro-American content showing the sacrifices the military makes for freedom, plus there’s some liberal and conservative commentary in a debate about guns and other issues
Foul Language:
28 obscenities (including two “f” words), two Jesus profanities and five light profanities;
Violence:
Man threatens another man with a gun, and some reckless driving occurs
Sex:
Implied marital sex
Nudity:
Upper male nudity
Alcohol Use:
Some alcohol use
Smoking and/or Drug Use and Abuse:
No smoking or illicit drugs, but an insulin shot is taken; and,
Miscellaneous Immorality:
The plot is based on the lie that the couple is in a real marriage, but ultimately they learn their lesson, and there are negative ramifications of that bad decision.

PURPLE HEARTS is a romantic drama on Netflix about a female singer and a Marine who, because of personal hardships, decide to marry to receive military benefits, despite the differences between them. PURPLE HEARTS is a well-made, entertaining movie with lots of heart and has a moral worldview of caring for others during hardships, but there’s more than 25 obscenities plus two strong profanities.

Cassie works at a local bar in Oceanside, California as a waitress and a singer-songwriter. One night, a group of rowdy Marines come in and hit on her, but she is not impressed. One of her best friends in the group, Frankie, has decided to join the Marines. The group is going to ship out in a couple of days to Iraq. Luke, one of the Marines, approaches Cassie, and they get in a debate about gun use and clearly have different political beliefs and can’t stand each other. One of the Marines jokes that Cassie and Luke should get married for the medical benefits. Cassie leaves the bar and has to take her insulin for her diabetes.

When Cassie goes to get her insulin refilled, the pharmacist says her insurance won’t cover another bottle right now, so she would have to pay hundreds out of pocket. At the same time, Luke is being chased by a loan shark who had loaned him some money and is out to get him.

Both Cassie and Luke are under financial pressures and decide to meet and potentially marry for the military benefits of marriage. If they go ahead with this, and people find out they’re lying, Luke will be discharged and punished. Luke is in a hard place with this loan shark, and Cassie needs to pay for her insulin and get better medical coverage. So, they decide to go forward with a fraudulent marriage. They also realize they don’t agree on many things and will have to call and talk to each other often to make it look like they are in love and won’t be exposed.

Will Cassie and Luke put aside their differences? Will they be found out?

PURPLE HEARTS is a well-made, often entertaining movie. It doesn’t have a big budget, but it’s a classic romantic drama with lots of heart to it.

PURPLE HEARTS has a strong moral worldview that talks about loving others despite differences and caring for others in hard times. The movie shows the ramifications of lying, and the characters become better people from learning from their mistakes. The movie does show different viewpoints, such as debates about liberal versus conservative ideals. Eventually, however, one character learns a lot about the sacrifices the military makes for freedom. Despite this, PURPLE HEARTS has more than 25 obscenities, including two “f” words, plus two Jesus profanities. Also, some of the political commentary may throw off some viewers. MOVIEGUIDE® advises extreme caution.