"Use Your Talents for the Kingdom of God" 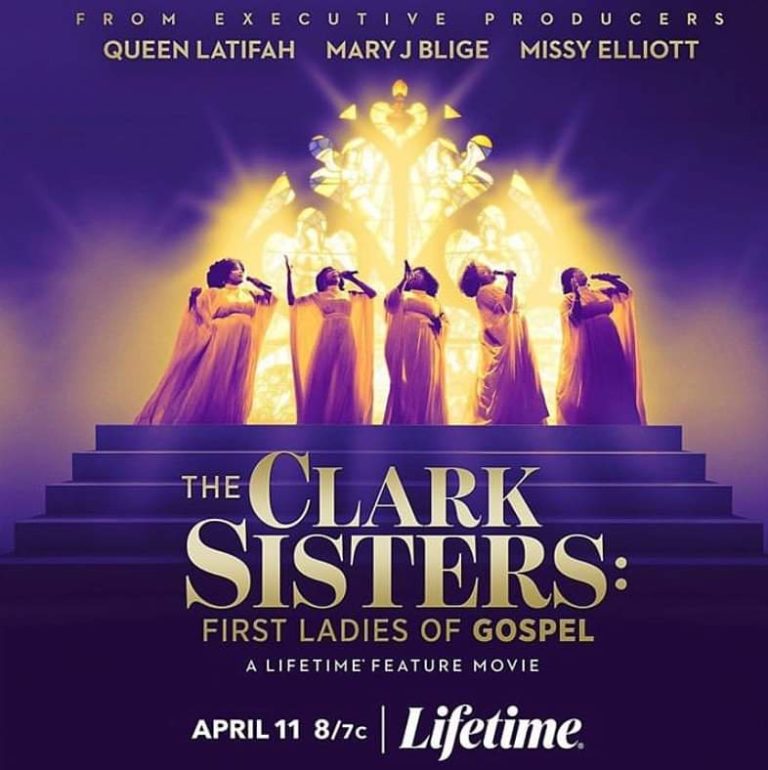 The TV movie THE CLARK SISTERS: FIRST LADIES OF GOSPEL follows the real-life story of the five musically gifted Clark sisters, Karen, Dorinda, Jacky, Twinkie and Denise. The movie begins in Detroit, Michigan in 1963 and follows the evolution of the powerful female gospel group in their personal and professional lives. Their domineering mother, Mattie, plays a key role in their dedication and how to use their talents to honor God.

THE CLARK SISTERS: FIRST LADIES OF GOSPEL is moving and addresses the changing times of Gospel music in the time period. It shows how the Clark sisters set the foundation for generations of Gospel artists to come. THE CLARK SISTERS has a very strong Christian worldview and stresses the value of using one’s gifts to honor God. Also, prayer is depicted several times, as well as the value of doing the right thing when no one but God is watching. Sadly, there’s some immoral behavior such as when one male pastor physically and verbally abuses his wife. THE CLARK SISTERS is a great TV movie, but MOVIEGUIDE® advises caution for older children.

(CCC, BBB, Ab, Fe, L, VV, S, M):
Dominant Worldview and Other Worldview Content/Elements:
Very strong Christian worldview that stresses using one’s gifts to bless the Kingdom of God, depicted prayer, honoring one’s mother, who is too domineering, and doing the right thing when no one but God is watching, with brief anti-Christian, unbiblical sentiments where a male pastor justifies his physically abusive behavior toward his wife and a light feminist element where one sister wants to be her own woman, but it’s mainly because she’s tired of doing what her mother tells her to do
Foul Language:
One OMG profanity
Violence:
Woman throws a shoe at a choir, slaps her adult daughter for misbehaving, husband slaps wife across the face, implied domestic abuse where viewers can hear hitting but don’t see the full exchange
Sex:
Female character has a flippant attitude towards sex outside of wedlock and ends up getting pregnant seven times, but it’s not shown
Nudity:
No nudity
Alcohol Use:
No alcohol
Smoking and/or Drug Use and Abuse:
No smoking or drugs; and,
Miscellaneous Immorality:
Female character files from divorce but it’s to evade her physically abusive husband.

The TV movie THE CLARK SISTERS: FIRST LADIES OF GOSPEL follows the real-life story of the five musically gifted Clark sisters, Karen, Dorinda, Jacky, Twinkie, and Denise and their ups and downs.

THE CLARK SISTERS: FIRST LADIES OF GOSPEL begins in Detroit, Michigan in the year 1963. One early morning, Mattie Moss Clark, wakes up her daughters to sing next to the piano. It’s obvious Mattie is a driven mother with aspirations for her daughters to use their talents for God, no matter what hour of the day it might be.

Cut to 1973. All the Clark sisters, Karen, Dorinda, Jacky, Twinkie and Denise, have grown up in the past ten years but there’s one constant, the magnitude of the voices. The sisters live with their parents who serve as a both a pastor and international head of music for their denomination the Church of God In Christ. However, Mattie’s pastor husband declares she has too much ambition and isn’t capable of being a supportive pastor’s wife because her interests lie in music rather than by his side at his beckoning call. Sadly, Mattie’s had enough and files for divorce.

In the next few years, the Clark sisters have a single that lands the Number 20 spot on the Gospel charts and their music starts gaining attention. With Mattie free from her husband, she’s able to completely focus on her daughter’s musical achievements and push them to be greater, sometimes to their resentment.

Each sister goes through her own life journey. Although Twinkie, Dorinda, Jacky, and Karen get married, Denise marches to the beat of her own drummer and gets pregnant multiple times out of wedlock. Despite her attempts, Denise feels as though she’ll amount to the high standards of her mother.

Jacky, who’s the songwriter of the group, sells her catalog of original songs for a fancy new Cadillac. This leads to some high tensions between the sisters and, of course, their mother. No matter the things life throws at them, at least they have their music.

In 1983, Mattie tells her daughter one day that they’ve been nominated for a Gammy Award and asked to perform at the televised event in Hollywood. They seize the opportunity and include Mattie in the performance. But afterwards, Mattie’s congregation scolds her for what she claims as her “calling” to sing for God, no matter what type of stage she’s appears. Mattie steps down from her position due to the performance.

As the years pass and the Denise and Twinkie decide to leave the group, Mattie’s heart is utterly broken. Not to mention she’s on her last legs. After one of her daughter’s comes to check in on Mattie, she gets rushed to the hospital where she takes her last breaths. The daughters mourn the loss of their mother at her funeral, but Denise, the estranged daughter, some would say, makes a scene at the podium until her sisters beckon her off.

Now with Mattie gone, the sisters must learn to trudge onward without her.

THE CLARK SISTERS: FIRST LADIES OF GOSPEL is a great example of a powerful, Christian TV movie, although some of the characters do not seem to grow throughout the story. That said, the actors perform their roles to the letter. The script is powerful and addresses the changing times of gospel music in the time period and how the Clark sisters’ work set the foundation for generations of artists to come. Not to mention, vocal legends Queen Latifah, Mary J. Blige and Missy Elliot executive produced the movie, which explains the movie’s amazing attention to vocals in the movie. Another great aspect of THE CLARK SISTERS is that it will make Christian viewers feel the need to evaluate how they are or aren’t stewarding their God-given gifts.

THE CLARK SISTERS has a very strong Christian worldview and stresses the value of using one’s gifts to honor God. Also, prayer is depicted several times, as well as the value doing the right thing when only God is watching. Sadly, there’s some anti-Christian, unbiblical behavior and violence where the mother is too demanding and controlling, one male pastor character physically and verbally abuses his wife, one character engages in promiscuous behavior, and another husband character pressures his wife to provide financially when all she does is love him. THE CLARK SISTERS is a great TV movie but, for all these reasons, merits caution for older children.