"A Love Letter from God" 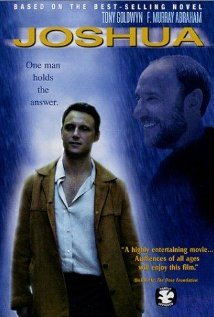 Based on the wonderful novel by Father Joseph Girzone, the movie JOSHUA opens with a voiceover talking about the day Joshua came to the little town of Auburn. As he settles there to ply his trade as a wood carver and as the town gets to know him, they realize that he’s quite extraordinary. He is always there for people, to help them, to teach them, to talk with them. He even starts rebuilding the old black Baptist church. Soon, the whole town is trying to help him, except, that is, for the Catholic priest, Father Tordone, played wonderfully by F. Murray Abraham. Father Tordone questions Joshua’s intentions, and this leads to a confrontation in the Vatican in Rome.

JOSHUA pulls at the heartstrings. The acting, direction and camerawork all lead to a poignant revelation by the end of the movie. Even so, the movie lacks focus in the first part, turns everyone into a good guy at the end and often focuses on God’s Grace to the exclusion of God’s Law. MOVIEGUIDE® applauds the filmmakers for tackling a difficult subject in such a sensitive manner, however, and recommends that everyone go see JOSHUA

JOSHUA is almost a critic proof movie. After all, the bad guys are hypercritical, even if they’re in clerical garb, and they are opposing Joshua’s love and grace. Therefore, who would want to criticize such love and be classified in the wrong camp. That said, JOSHUA is a wonderful, sweet movie in many ways, but dare we say it, it has some flaws, both theological and dramatic, though those flaws do not diminish the overall impact of the movie.

The movie opens with a voiceover talking about the day Joshua came to the little town of Auburn. As he settles there to ply his trade as a wood carver and as the town gets to know him, they realize that he’s quite extraordinary. He is always there for people, to help them, to teach them, to talk with them. He even starts rebuilding the old black Baptist church.

Soon, the whole town is trying to help him, except, that is, for the Catholic priest, Father Tordone, played wonderfully by F. Murray Abraham. Like the Grand Inquisitor of Dostoyevski’s profound tale, Father Tordone believes that Joshua is undermining the authority of the Catholic Church. Father Tordone teaches hellfire and brimstone with no grace, to keep people subjected to his vision of religion. On the other hand, his assistant, Father Pat, sees Joshua for who he is and quickly becomes Joshua’s disciple. He even throws away his collar, but takes it back to stand up to Father Tordone.

Father Tordone is not the only minister whose authority is ruffled. Joshua goes to a faith healing, tent revival meeting to confront the fraudulent faith healer, but does so with love. He says, “You’d really like to have faith, but you don’t know what faith is.” Joshua then proceeds to demonstrate this by heeling a blind woman.

Father Tordone appeals to the Vatican. He engineers it so that Joshua has to go to Rome. Father Pat realizes that Joshua’s time in Auburn always led to Rome. Thus, the story leads to a confrontation in the Vatican.

The book JOSHUA is marvelous and deserves a good read by anyone who sees this movie. The movie tries hard to do justice to the book, but pulls its punches. Although made on a low budget, it has a rich look to it, with camerawork by Bruce Surtees, one of the best cinematographers of all time.

The problem is not in the technical expertise; it’s in the crafting of the storyline. Since the first part of the movie has no jeopardy, it wanders looking for a plot. In the middle of the movie, the jeopardy is Father Tordone, which some Roman Catholics may not like. The movie’s resolution, however, trims the sails of the plot in such a way as to make everyone a good guy, but the problem with that is that the story doesn’t have a payoff. After all, in other modern renditions of the Gospel, THE COTTON PATCH GOSPELS, or in JESUS CHRIST SUPERSTAR or even GODSPELL, it is clear that eventually the price that Jesus must pay for confronting the religious authorities is death. JOSHUA, the movie, however, does not develop the story to its ultimate conclusion. Of course, it is not intended to be a direct allegory of the first coming of Jesus Christ. As the book was, it is more of a parable on celluloid.

JOSHUA has an ending much like the book that brings Joshua’s real mission to a moving conclusion. Rather than give that away, lets just say it gracefully exonerates the filmmakers from any hint of anti-Catholicism.

All of this dramatic criticism aside, the movie is so focused on Joshua’s love and grace that it is a refreshing change from all the apocalyptic films focusing on judgment. Remember, Jesus is both fully God and fully man. The Gospel involves both law and grace. The Holy God of creation is to be feared, and loved. In His word, He tells us that the fear of the Lord is the beginning of all wisdom and later that the culmination of that wisdom is understanding the love of Jesus Christ, who triumphed over our sins that invoked our fear, through His love made manifest in His death and Resurrection. In the words of Joshua, “Tell them my love is real!” In fact, the need for Jesus to suffer and die for our sins is meaningless apart from the penalty imposed for man’s sins by God’s Law and the revelation of the awesome love of God, which led Jesus to the cross to pay the penalty that man deserves. Now that He has paid the penalty, we are free to live in His love – eternally. Ignoring the unity of His Law and His grace vitiates His Gospel.

JOSHUA intentionally focuses on the latter, at times to the exclusion of the former. The message of the film is sent early in the film when Joshua starts to tear down the ruins of the Baptist church and says to the shocked townspeople, “Sometimes you have to tear down before you can rebuild.”

JOSHUA pulls at the heartstrings. The acting, direction and camerawork all lead to a poignant epiphany by the end of the movie. The editorial staff of MOVIEGUIDE® prays that it will lead many to reconsider the claims of Christ. MOVIEGUIDE® applauds the filmmakers for tackling a difficult subject and recommends that everyone go see JOSHUA.