"Delightful Production for the Whole Family" 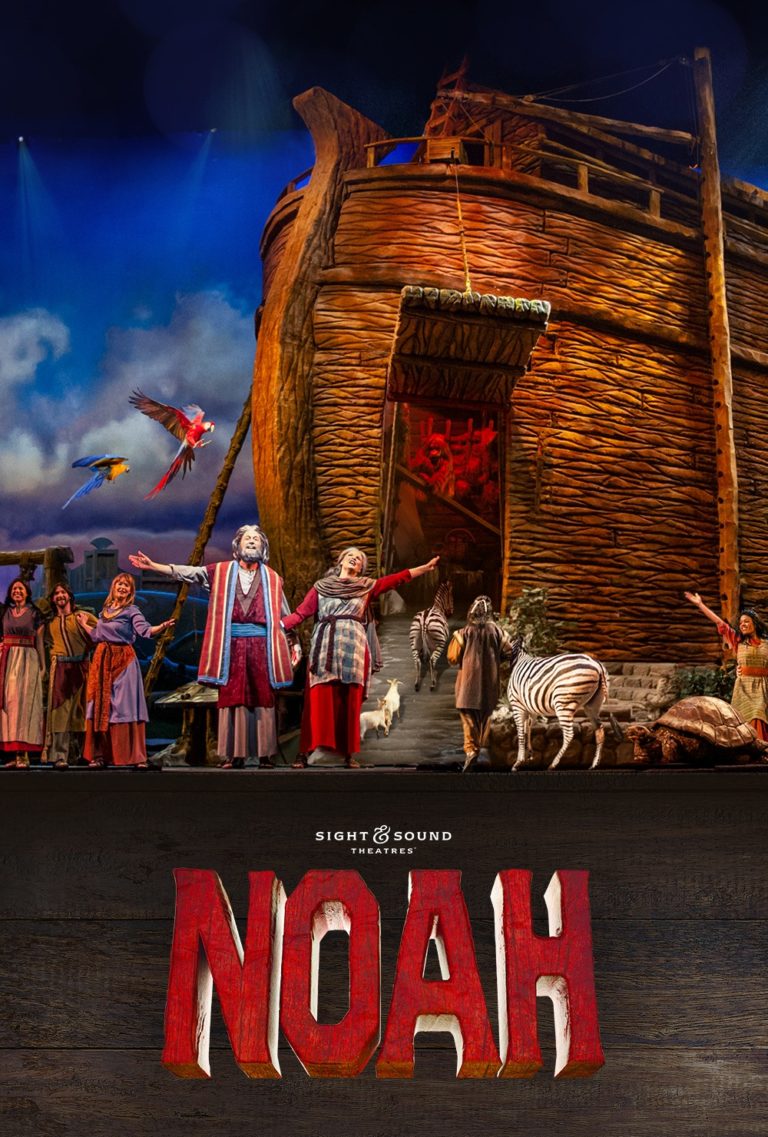 Sight and Sound Theatres in Branson, Missouri has filmed a new staging of the Bible story NOAH. Their spectacle-driven production tells the story of Noah and his family who receive a message from God to build an ark, which will protect them from a coming flood. However, as they build the ark, Noah’s family receives harsh rebuke from their community, including their friends and relatives. In the face of an impossible task, will Noah and his family rise to the challenge God has laid before them?

Those who know Sight and Sound Theatres will find NOAH to be a charming production. Big spectacle exists throughout – special effects, animals, large projections, and an incredible physical ark! Audiences should remember that this is a filming of a stage production played in front of a large audience, so the actors’ performances are designed for a large room, not for the subtly of a camera. The script is funny, and the production team has done incredible work. A strong Christian worldview, the inspiring faithfulness of the characters and family-friendly humor make NOAH appropriate and fun for everyone.

(CCC, BBB, V):
Dominant Worldview and Other Worldview Content/Elements:
Very strong Christian, biblical worldview showing characters who desire to follow God’s will for their lives and who spend time in prayer, positive depictions of God’s mercifulness and love, strong redemptive themes of repentance and forgiveness, some negative portrayals of paganism and anarchy
Foul Language:
No foul language
Violence:
Some threats of violence, some mild stage combat
Sex:
No sexual content
Nudity:
No nudity
Alcohol Use:
No alcohol use
Smoking and/or Drug Use and Abuse:
No smoking or drug content; and,
Miscellaneous Immorality:
Nothing else objectionable.