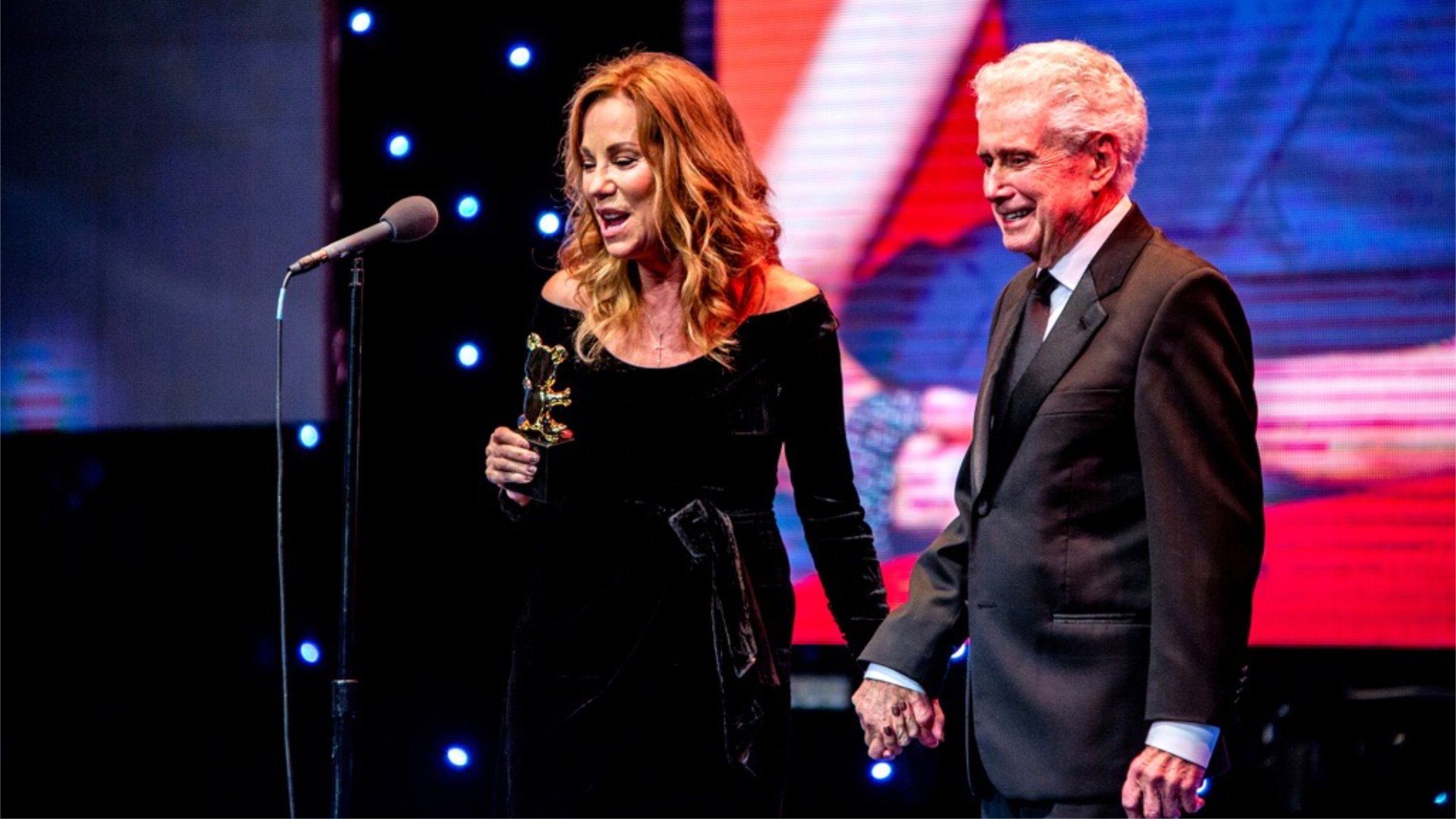 After Regis Philbin’s death this weekend, his longtime friend and former co-host opened up about their final interaction.

“I was up from Tennessee, where I live most of the time, and of course the first call I always make is to Regis and Joy [Philbin],” she said on Monday’s episode of the TODAY show. “I said, ‘Can we get together, can we have some lunch?’ So they came over about two weeks ago.”

Gifford and Philbin hosted LIVE! together for 15 years. Gifford later moved on to the TODAY show and was replaced by Kelly Ripa.

The lunch happened in Connecticut, where both Gifford and the Philbins have homes.

She continued, “We just had the best time.”

When the Philbins said their goodbyes, Gifford said she felt something shift.

“I just thought to myself, ‘Lord, is that the last time I’m going to see my friend?’ Cause he was failing, I could tell.”

Gifford returned to Tennessee for about two weeks, but felt prompted to go back to the Northeast.

When her plane landed on the East Coast, she heard the news that Philbin had died.

“I was just grateful to have the time with them, comfort them a little bit, let them know that I believe with all my heart that I know where Regis is and I know who he’s with cause I had many, many conversations with him over the years about faith, and about where we go when this life is over, and he was very curious, as always,” Gifford recounted.

The popular television host also posted a tribute on her Instagram.

“I smile knowing somewhere in Heaven, at this very moment, he’s making someone laugh,” Gifford wrote. “It brings me great comfort knowing that he had a personal relationship with his Lord that brought him great peace.”

There are no words to fully express the love I have for my precious friend, Regis. I simply adored him and every day with him was a gift. We spent 15 years together bantering and bickering and laughing ourselves silly—a tradition and a friendship we shared up to this very day. I smile knowing somewhere in Heaven, at this very moment, he’s making someone laugh. It brings me great comfort knowing that he had a personal relationship with his Lord that brought him great peace. I send all the love in my heart to Joy, to his children, to the rest of his family and to the innumerable people he touched over his legendary life. There has never been anyone like him. And there never will be.

Movieguide® previously reported that one of Philbin’s last public appearances was at the 28th Annual Movieguide® Awards Gala and Report to the Entertainment Industry, where he presented Gifford with the Visionary Award.

During her speech, Gifford said she makes movies to help lead others to God.

“People are perishing in hopelessness because they don’t know the God of hope, and that’s [why] God has us on this earth, to co-create with Him and to bring His Shalom to the chaos of this earth and this world and bring His love to the lonely,” Gifford said.

“That’s what I’m trying to do through my films, and everybody in the room has the same goal–that His kingdom comes and that we use everything at our fingertips and in our imaginations to bring the kingdom to people in a way that they’ll understand it.”

She continued, “The church is not always where people will go to find God. A lot of people avoid church. People will not pick up their Bible because they think it’s a dead book. People will avoid all kinds of things if they think they’re going to end up seeing God. But they’ll go to a movie. They’ll watch television. And I’ve been sneaking in the gospel on television for 38 years, and I hear from people all the time that they came to Christ because they heard me say something. The word of God never returns void. If we speak His word, it will come back to us. God promises that. So, I just follow what He says to do.”

Philbin beamed beside Gifford as she presented the Gospel.

Philbin is survived by his wife, Joy, and four children, Joanna, JJ, Daniel, and Amy.