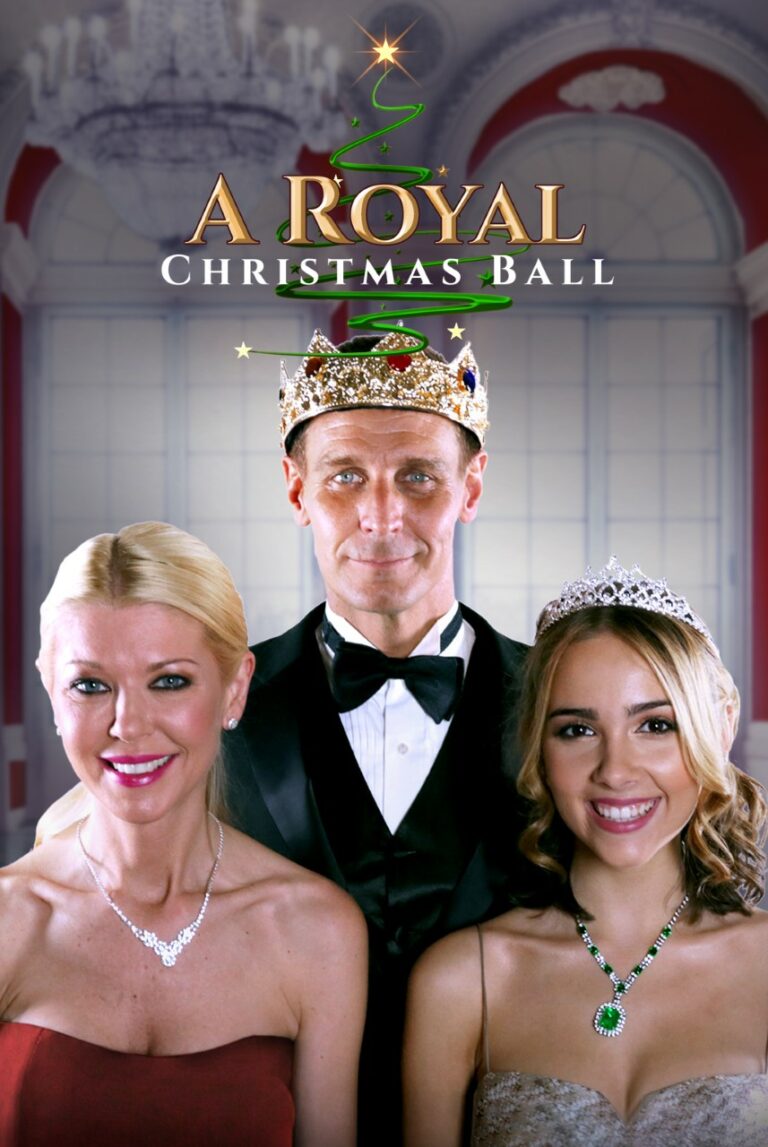 A ROYAL CHRISTMAS BALL is a romance on UPtv about finding long-lost love. The story revolves around Charles and Allison, two former college sweethearts who reunite after 17 long years. Charles is the king of a small country. Allison has become a real estate tycoon and is a single mother to their child, Lily. After they reunite, they can reconnect and figure out how they feel about each other and what happened in the past. In addition, their daughter Lily finds out Charles is her father and seeks her own reconnection and hope for a family.

A ROYAL CHRISTMAS BALL is a Romantic movie, both in genre and worldview. The characters make decisions based on their feelings. Some of the actors deliver wooden performances. The movie is too soft, predictable, formulaic, and stereotypical for a romantic comedy. It has very little to do with the meaning of Christmas. In fact, the Christmas setting could be removed from the movie, and it wouldn’t change the story too much. Overall, A ROYAL CHRISTMAS BALL is rather bland and boring, with a plot about an out-of-wedlock pregnancy.

(RoRo, C, A, M):
Dominant Worldview and Other Worldview Content/Elements:
Strong Romantic worldview with minor references to Christmas, where all the characters do what they feel is right rather than look for a moral or biblical solution, lead male character makes decisions based on his loneliness and pining, and all of lead female character’s decisions are based on her feelings
Foul Language:
No obscenities or profanities
Violence:
No violence
Sex:
No sex, but story hinges on an out-of-wedlock pregnancy birth in the past
Nudity:
No nudity
Alcohol Use:
There are three points where adults seemingly use alcohol, but all three instances the alcohol is used in moderation
Smoking and/or Drug Use and Abuse:
No smoking or drugs; and, Immorality: There is a central lie made by an ambassador at the core of the problem between the two lead characters, which gets brought out as a bad thing, and the two lead characters make references to their daughter being conceived outside of marriage.

If someone were to watch the movie A ROYAL CHRISTMAS BALL, they would find themselves watching a long-lost love story that happens to be set during the Christmas season. The story follows long-lost college sweethearts Charles and Allison as they have a fateful reunion that shakes up their lives. Charles is actually King Charles of Baltamia, who has come to America for the first time since his university days about 17 years ago. A recent widower, he’s looking to help his country’s economic standing by getting investors in a new ski resort. His secret agenda, however, is to reconnect with his long-lost love, Allison, to straighten things out and potentially rekindle the relationship they once had.

Allison, for her part, has worked hard as a California real estate tycoon but also a single mom to her daughter, Lily. She’s a hardworking, loving person but still feels a bit hurt by how the relationship between her and Charles ended. When Charles shows up at her workplace, their lives are turned upside down as sparks reignite some hidden feelings that the two are harboring for each other. Allison is at first angry at Charles for feeling used and lied to back in their college days. However, as they talk and figure out what happened all those years ago, they figure out that both had been deceived and that they still love each other.

While they do that, Lily figures out that not only has her mom been lying to her, but that also her father is in fact royalty. Will their story have a fairytale happy ending?

Airing on UPtv, A ROYAL CHRISTMAS BALL feels very similar to the Amanda Bynes movie WHAT A GIRL WANTS, only with poor acting and happening to be set at Christmas. The movie is very tropey and follows the typical stereotypes of most romance movies rather than following the tropes of a typical Christmas movie. However, unlike what makes most movies interesting this one doesn’t have very high stakes, which makes the story uninteresting. Allison confesses she had relations with Charles outside of marriage, which led to the conceiving of her daughter. Allison chose to raise her daughter, Lily, on her own, which isn’t the ideal Christian setting for a family. Otherwise, though, the movie is devoid of objectionable content.

Overall, A ROYAL CHRISTMAS BALL is a romantic movie that’s a modern-day fairy tale that happens to be set at Christmas. It is neither iconic nor good. In short, it’s a rather boring Christmas movie.