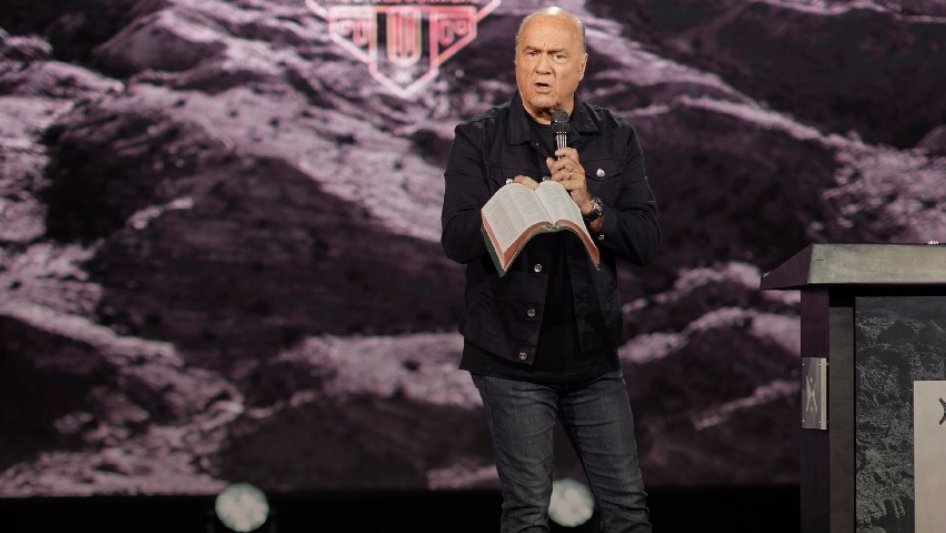 Laurie preached the Gospel to 40,000 people who attended the live event, while an additional 200,000 joined to watch online.

“We are all still rejoicing over what God did at the SoCal Harvest last Sunday night at Angel Stadium. The stadium was packed with people worshipping God,” Laurie wrote on Facebook. “My message title was, ‘What You Are Really Looking For.’ 40,000 were in the stadium and 200,000 watched online around the world. Best of all, 6,000 people made professions of faith, both in-person and online! To God be the Glory! Thank you all for your prayers!”

Last year, Laurie led the A RUSH OF HOPE event, which broke attendance records despite the added challenge of the pandemic.

Greg Laurie’s new movie, A RUSH OF HOPE, grabbed the attention of over 1.8 million people over Labor Day weekend and broke all attendance records in Harvest Crusades’ 30-year ministry.

“We are breaking every record we have ever set in our history,” Laurie, founder and pastor of the Harvest churches located in California and Hawaii, said.

According to Laurie, after the online outreach event, the Harvest team received over 17,000 professions of faith from viewers who decided to put their faith in Jesus. During a time when people expect bad news, Laurie said he is encouraged that God is still working despite the changes forced upon many churches and ministries.

“In a year of never-ending bad news, this is the best news we have heard. It’s a reminder that God is greater than a pandemic or any other challenge we are facing. He can do above and beyond anything we can dream, and He is still transforming lives,” Laurie said.

Laurie is passionate about spreading the good news through a variety of ministries.

“It is exciting because we spent so much time apart, so much time separated because of the pandemic and it’s affecting everyone,” Laurie told CBN. “Drug use is up, alcohol use is up, divorce is up and that’s because people are down. Jesus said, ‘when you see these things begin to happen, look up for your redemption is drawing near.’ He didn’t say when you see these things begin to happen – freak out. The only thing that can change a human heart is the power of the Gospel.”

Laurie also took the time to address social media and encouraged listeners to pursue Christ for their fulfillment.

Here’s a little video from my message last night at the SoCal harvest in Angel Stadium.#HarvestSoCal @harvest_events pic.twitter.com/f8dETp03tm