A Surprising Solution for Unity in a Divided World 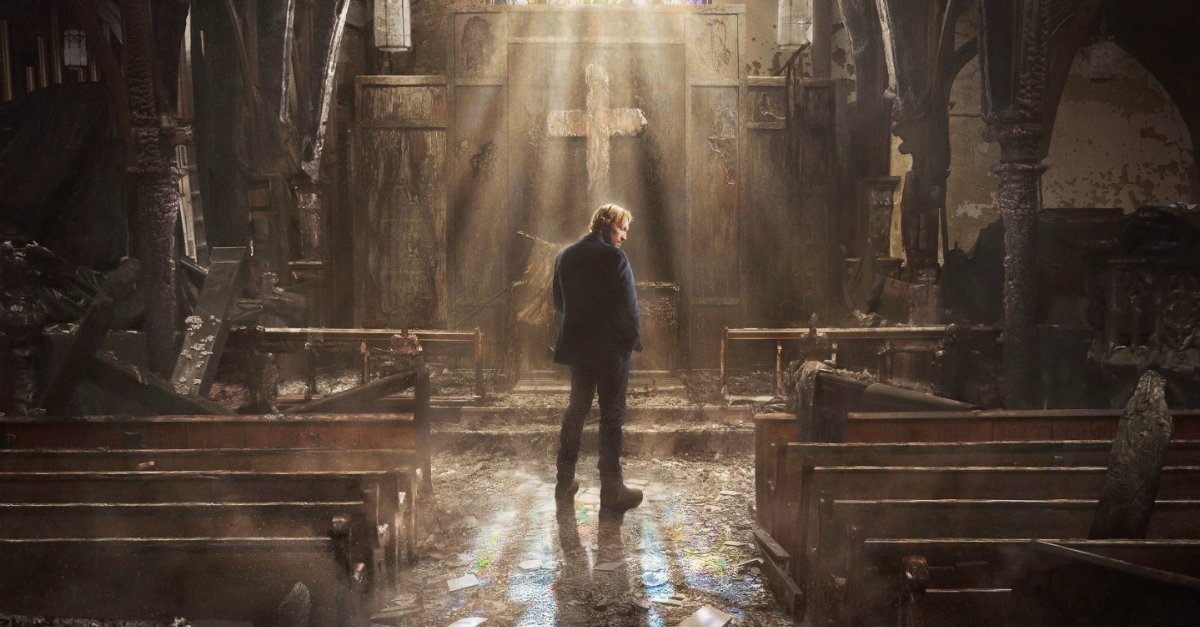 A Surprising Solution for Unity in a Divided World:

Behind the Scenes of GOD’S NOT DEAD:  A LIGHT IN DARKNESS

GOD’S NOT DEAD:  A LIGHT IN DARKNESS comes to theaters March 30 to start a dialogue rather than deliver a monologue. There are many loud, adamant voices today in the marketplace of ideas. Many of the voices seem more interested in winning an argument than adding insight to a conversation. There is often more talking about why the opponent is wrong rather than why what one believes is right. Discussions and disagreements about faith seem sharper and more divisive than ever today.

“In our society and culture right now, we have a lot of darkness,” explains David A.R. White, who returns to the role of the Rev. Dave and again serves as a producer. “There’s a lot of anger; there’s a lot of fighting. You can’t turn on the news for even a second without seeing something that’s really disturbing. This is a time in our society when it seems like we have so much tension … – we have the left, we have the right, and nobody can agree on anything. This movie really brings that out. It’s a movie about hope, about love, about healing, and, ultimately, forgiveness.”

David R. White again plays the role of Rev. Dave, who takes on the central role in this movie after being a supporting player in the two previous movies. When his St. James Church burns to the ground in a suspected act of arson, a conflagration of different sorts rages up in town. The public university on whose land the church resides attempts to use the tragedy to keep it closed for good. Rev. Dave commits to fighting that effort even as growing public opinion questions whether a college campus is the proper location for a house of worship, and even if the church is a necessary part of such a diverse community.

However, the way those questions are being debated by most of the movie’s characters, including Rev. Dave, are part of the problem.

“Many of us are so protective about our own views…that we stop listening,” McGinley says. “The reality of this movie is that these are all people who may be right in their own groups. This movie is not about ‘the Christians’ versus ‘the villains.’ It’s about everyone. There are a whole bunch of people in this movie who aren’t incorrect. They’re just two different sides, and they’re not listening to each other.”

Into this contentious environment comes Pearce Hill, Rev. Dave’s brother, a big-city lawyer who drifted away from his family years earlier, when he drifted away from his Christian faith. The siblings’ reunion is rocky on multiple levels, but Dave has nowhere else to turn in his fight to rebuild his church.

“Pearce is reluctant to help, but Dave is his brother, so he decides to help,” says John Corbett. “But, there’s also something about returning home and breaking through those walls they put up after drifting apart. As it turns out, we find a greater love and understanding when we find a common denominator of leaning on each other. I come alongside my brother to conquer something that was insurmountable.”

That breakthrough, at the micro level, is what GOD’S NOT DEAD:  A LIGHT IN DARKNESS hopes to be at the macro level.

Jennifer Cipolla, who plays Sydney, one of the college students who brashly challenges the wisdom and relevance of having a church on her university’s campus, says the way in which the film encourages dialogue is “going to get audiences’ heads turning.”

“It’s not about trying to sway their ideas or make them think a different way, but just think in general,” she said. “And, most of all to come together. The idea of this movie isn’t you have to think one way or the other. The idea is that all of us can come together, and we can all have our different opinion – and that’s OK.”

“In our culture right now,” White noted, “there is a lot of fighting. Whether you’re a Democrat or Republican, left side, right side, nobody seems to be able to get along and there’s a lot of dissension. So, we wanted to shine a light on this, but in a GOD’S NOT DEAD way:  filled with hope and healing and forgiveness.”

Actor Shane Harper, who returns as Josh Wheaton, the role he popularized in the original movie, said, “My hope is that the overarching narrative of this story would bring light into people’s hearts – feelings of unity and compassion as opposed to anger and frustration. I want people to be encouraged that we’re in a time that we need the church to be the church and reach out and be loving and be gracious. This film is called A LIGHT IN DARKNESS for a reason:  There’s a lot of darkness in the world right now, and we need to focus on grace and compassion and unity rather than division.”

“It’s really about not being judgmental, but loving,” McGinley said. “Just because somebody has a different point of view, a different idea of what they think is right and wrong, it’s OK. It doesn’t mean we can’t listen to each other. That we can’t work it out. Because butting heads, constant conflict, is never going to work. We’re all in this together; it’s not going away. So, let’s work together and find a way. And, what a great way to do it – through God and with God.”

“The message of this movie is how do we as Christians, as individual believers, relate to others? How do we be a light in darkness?” White said. “The biggest thing I hope all believers will take away is that Jesus was about love. How do we relate to those in need? How do we encourage them? Uplift them? Care for them?

I also spoke to Ted McGinley and Shane Harper at the Los Angeles Premiere for GOD’S NOT DEAD:  A LIGHT IN DARKNESS. Here is what they had to say:

Ted McGinley:  We are imperfect people. God gives us space to be imperfect out of His grace.  When we show His glorious grace to others we find unity that the world might know that the Father has sent the Son.

Shane Harper:  This movie picturizes the glory of God in sacrifice and in laying down personal ambitions for others. The movie shows God’s love model of free grace and His love transforming us in our weakness.

MOVIEGUIDE®:  What are critical needs in the lives of young people today that this movie addresses?

Ted McGinley:  In the movie, we see young people’s unique world that includes dependence on their smartphones and social media. Young people need to know that the church understands their world. For many young people, there is a fear that they will never really be heard. They see the hostile ways that people come at each other. They need the freedom to ask, “Why?” The movie picturizes for them how to resolve their conflicts with real listening and hearing.

MOVIEGUIDE®:  Why do young people today need the kind of grace the movie portrays?

MOVIEGUIDE®:  What solutions does this movie present for today’s pressing issues for young people?

MOVIEGUIDE®:  What do you think audiences will find most surprising about this movie?

MOVIEGUIDE®:  What was the most powerful element of the movie to you?

Shane Harper:  That the lead character learns to sacrifice. He learns to see the heartaches of others and learns the value of sacrifice for them.

MOVIEGUIDE®:  What does the movie say about how we as the church can have the greatest impact?

Shane Harper:  By dropping judgment and by loving our neighbor.

MOVIEGUIDE®:  How does this movie give us a clear picture of how Christians as the church should live?

Shane Harper:  As a body, community, serving others emotionally and practically, loving and caring about others as Christ did.

Editor’s Note:  Diane Howard has a Ph.D. in Performance Studies and does freelance writing as a journalist for MOVIEGUIDE® and other outlets. She can be reached at dianehoward.com.