Behind the Scenes of ARTHUR CHRISTMAS: Every Child Has Value 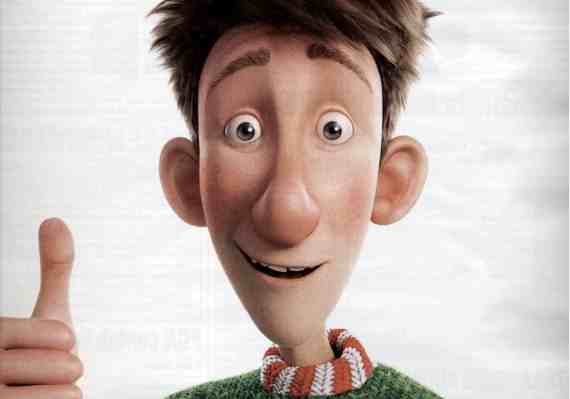 a movie with a lot of heart that shows that family is important as well as each child has value. The movie does seem to stress the belief in Santa Clause a lot. Saint Nicholas was a wonderful man, but there is a greater meaning to Christmas that involves the first six letters of CHRISTmas.

Let’s hear what Peter and Sarah have to say about the movie, the process, and the meaning of Christmas:

MG:  What inspired you to get into the Entertainment Industry?

Sarah Smith:  I have always loved stories. I started in comedy. I had a comedy double act when I was a student as a way to get into parties. We would perform for food. When I finished studying, I joined BBC radio in the comedy department. That’s where I met Pete….

MG:  Why did you decide to do a family movie? It’s so different from the other types of movies you’ve done.

Peter:  I’ve done all kinds of stuff, very different stuff. I have this sort of pedantic imagination. . . the practicalities of the deliveries of Christmas. How in God’s name does Santa actually do that? I’m [also] drawn to really big, fun movies. You put some characters on some crazy fun adventure…. That really excited me. Then, you start to think, How would Santa do it? I am pretty all over the place and I start to think what if Santa had a family, and had a son that was not remotely practical. And, you would assume to be Santa, you would have to be an incredibly practical person. Then, one child is missed and Arthur goes back [but] the corporation that Christmas has become decides not to go back…. Also at the heart of it is a sort of family business that has started to lose its soul because they are so obsessed with how it is done that they’ve forgotten what it’s done. So, that’s why really.

Sarah:  Although what we have done in the past has been big edgy adult comedies, we both love bit emotional stories, like the Pixar movies. So, I sort of ran to Pete and he just happened to have this idea. He pitched it to me and I knew it could be a great fit. Even though it was a huge scale movie, the heart of it is always going to be the comedy of idiots and underdogs, which is what we love in the UK, and that’s something that Pete and I shared.

MG:  I thought it did have good heart to it. What’s the moral/message you would hope that people came away from the movie?

Peter:  For me, what it’s about in the end is love. Arthur in the middle of it says, “It doesn’t matter how we get there. The important thing is that we get there.” The important thing is to allow that kid to have that dream. Steve can be Santa cause he knows how to do it, but he doesn’t have the heart to be Santa, but Arthur makes everyone think about why they are doing it, not how they are doing it.

Sarah:  The central heart of the movie is why you do what you do. Like many people, the Santa family has gotten sort of caught up in status…. Arthur hasn’t gotten caught up in all that, and he just retains the joy of this thing for its own sake. You know, taking presents to kids, and how it makes the kids feel, for its own sake. He is not looking for anything for himself. He enters imaginatively into how they [children] feel and what it means to them, the excitement of Christmas. Why you do what you do and the motivation. One of the other ideas of the movie is the incredible busyness of Christmas. In the movie, we try to build up to that one moment of magic or meaning for the family that is focused on the simplest thing:  the joy of a kid having some feeling or moment of meaning for the whole thing.

MG:  I really do think it emphasized caring for each person.

Peter:  Yeah, and for doing it for the right reasons.

Sarah:  It isn’t logical that one child matters as much as much as 600 million, and yet it’s true that every one is precious.

MG:  Why did you decide to do a family movie?

Peter:  I have a wife and daughter. I think it’s that. First, you create this wonderful world, but without the family at the heart of it, it’s just a high tech movie that would not ultimately have huge appeal…. It’s about bringing happiness to everyone else. We love our family.

MG:  What would you say the purpose or general meaning of Christmas?

Peter:  Being with the family, a nice warm feeling comes over you. If we didn’t have these things, then we wouldn’t all get together.

Sarah:  I think for many children it is a time for something outside the ordinariness. There is some feeling that life has some bigger feeling to it. It’s a moment where families come together…a reminder of what is of human value. Santa is a figure that each child can kind of imaginatively rely on. So, it’s feeling a kind of love and belonging to something bigger.

MG:  This Santa family could almost be a depiction of everyone’s family in some sort of way, with the dysfunctional aspects, but still sticking together. Does this remind you of yours?

Sarah:  It is a depiction of my family. I think it is one of these truths that, if you put your own sort of truth of characters and people that you know, it will somehow seem recognizable to everyone else.

MG:  Who or what do you attribute to your success?

Peter:  I am lucky enough to find something I love doing.

Sarah:  The truth is you are always only as good as the people around you. So many people have touched your life along the way. You know the teacher that first made me love books. There was an English teacher that made me totally love literature. And, my parents and family were always story and book people. Along the way, so many people inspire you.

MG:  Do you want to do more family movies?

Peter:  I started off working on a kids show. I definitely want to do more animation. It really appeals to the kid in me. It’s like wish fulfillment really.

Sarah:  I think it is unimaginable to never do it again. I also had my first child while making the movie. She’s two, which will make Christmas kind of a gorgeous and beautiful time for me now.

MG:  Do you have other stuff that you are working on?

Sarah:  My next project is my daughter.