Behind the Scenes of THE YOUNG MESSIAH 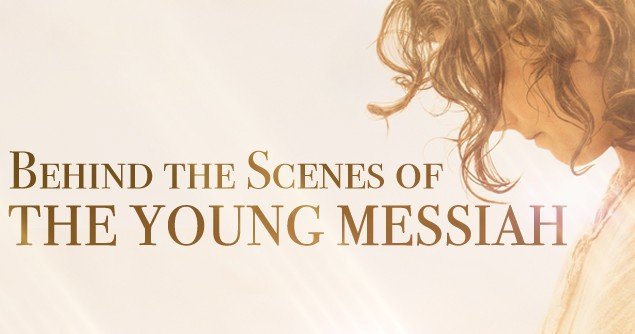 Behind the Scenes of THE YOUNG MESSIAH:

Director Says His Movie Was Directed from the Heart

Nowrasteh said he’s watched many biblical movies, but directed THE YOUNG MESSIAH from his heart, wanting a fresh look at the life of Jesus.

Cyrus said he hopes THE YOUNG MESSIAH will universally appeal to older children and families worldwide from a broad range of cultural backgrounds. According to Cyrus, the movie presents the Holy Family as real people in the Jewish and Roman backgrounds of their time. Nowrasteh tells how one pastor stood up at a test screening of the movie to say THE YOUNG MESSIAH was the best Jesus movie he has seen because the characters are relatable.

Nowrasteh said the tried to make Mary and Joseph compelling and captivating in their humanity, combined with a strength of character. Cyrus related how, after one screen, a man said Jospeh’s character made him want to be a better father.

Cyrus Nowrasteh also hopes THE YOUNG MESSIAH will have a broad and cross appeal to people of different faith backgrounds. Rabbis who have screened the film have responded enthusiastically to the movie’s authentic depiction of a Jewish family “in a chaotic world” that needs a Messiah. Cyrus said he and his team worked hard to honor Jewish traditions and use “authentic, realistic” locations.

Cyrus described the building of the conflict in the movie as a delicate balance that is directed to look natural, realistic and authentic. The movie is captivating and builds in intensity and with a sense of jeopardy with the carefully crafted antagonists. However, while there is a constant sense of danger, there is also a sense of God’s presence, guidance, and protection in the life of the young Jesus. Against the background of evil darkness, the movie is a “journey into the light.”

This movie is an imagined story of what is must have been like in Jesus’ early years because very little is in the Bible about His early life. However, the writers of the screenplay have paid great attention to the history, cultures of the time, and to Biblical scholarship. Cyrus said some of the imagined extra biblical material for the movie came from 2000-year-old stories that came out of Egypt, especially Alexandria, when the Holy Family lived there for seven years.

Cyrus wishes other redemptive and faith-based movies well, because each movie builds an increasing momentum for other movies.

“Mel Gibson’s movie THE PASSION OF THE CHRIST started a wildfire of faith-based movies,” he said. “Each faith-based movie builds on the earlier ones with an ever-growing revealing of God’s nature, work and relationships with men in our world.”

Dr. Ted Baehr, chairman of the Christian Film, & Television Commission, which publishes MOVIEGUIDE®, served as a theological and filmmaking consultant for THE YOUNG MESSIAH.

“There have been many movies about Jesus since the 1890s,” he noted. “Only one has been word for word. All the others create story elements not found in the Bible. So, THE JESUS FILM, which has been seen by a billion people, is 70 percent the Gospel of Luke. The rest was added to make the movie dramatic. . . . I had long conversations with the filmmaker, John Heyman, about how to dramatize the Gospel while keeping the orthodox, biblical theology of the New testament. Even if a movie is word for word, like THE GOSPEL OF JOHN, the casting, the set direction, the locations, etc., are all products of the filmmaker’s imagination.”

On Feb. 26, Lakeshore Records will release the soundtrack album for THE YOUNG MESSIAH composed by Oscar and Emmy honoree John Debney (THE PASSION OF THE CHRIST, IRON MAN 2 and the upcoming THE JUNGLE BOOK.)

Cyrus described Debney as an “angel of a man” and “faith-driven man.” Debney “was moved by the story,” Cyrus reported.

Hear MORE about Jesus in movies from filmmakers, here: