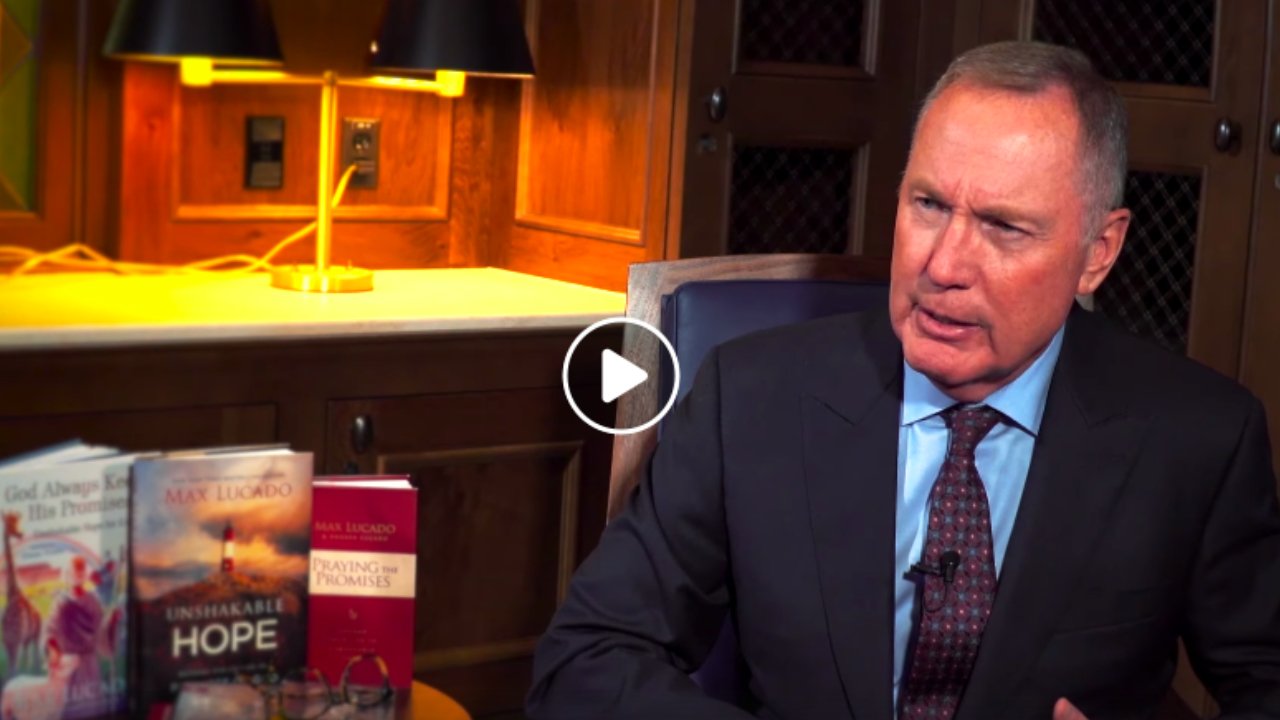 Pastor and prolific author Max Lucado says the Bible’s promises will bring hope to even the most broken-hearted among us.

“I’ve realized through the years that a promise from the Bible really touches someone’s heart,” Lucado tells Movieguide®. “I think it’s supernatural.”

While the Bible contains more than 7,000 promises for us, Lucado says one, in particular, stands out to him.

“I think if I was really to be pressed, my favorite might be Psalm 30,” Lucado says. “In verse 5, ‘Weeping may last for the night, but joy comes in the morning.’

“I like it because it’s so honest. Weeping happens–it happens for moms, it happens for a businessman, it happens. So, the Bible is always honest about the presence of sorrow, but the Bible also says, ‘The sorrow might have the day, but it won’t win the day.’ That’s the hope. And that’s the kind of promises that you find in the Bible.”

Watch the video if you need more encouragement.