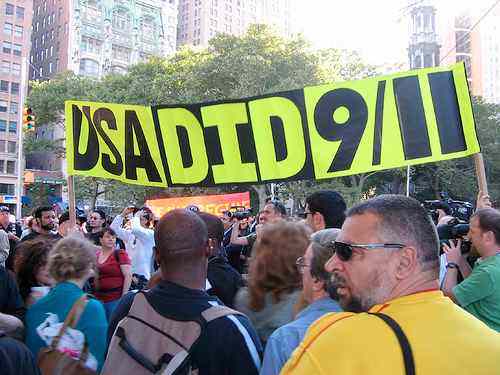 While Americans are remembering the evil shock of the Islamic Nazi attack on the U.S. in 2001, extremist kooks in San Francisco will be attending a 9/11 Conspiracy Movie Festival.

Titled “9/11 Reclaiming the Truth, Reclaiming Our Future,” the festival is being sponsored by the Northern California 9/11 Truth Alliance, a left-wing Anti-American group formed after the Sept. 11 attacks by Islamofascist terrorists led by Osama bin Laden.

A recent, probably biased, BBC poll found that 15% of Americans believe there was a conspiracy behind 9/11 that involved the federal government.

Of course, 10% of Americans probably believe Elvis is still alive, the moon is made of green cheese and Barack Obama is the best president ever.