Hallmark Movie to Feature Lesbian Wedding in Movie This Month 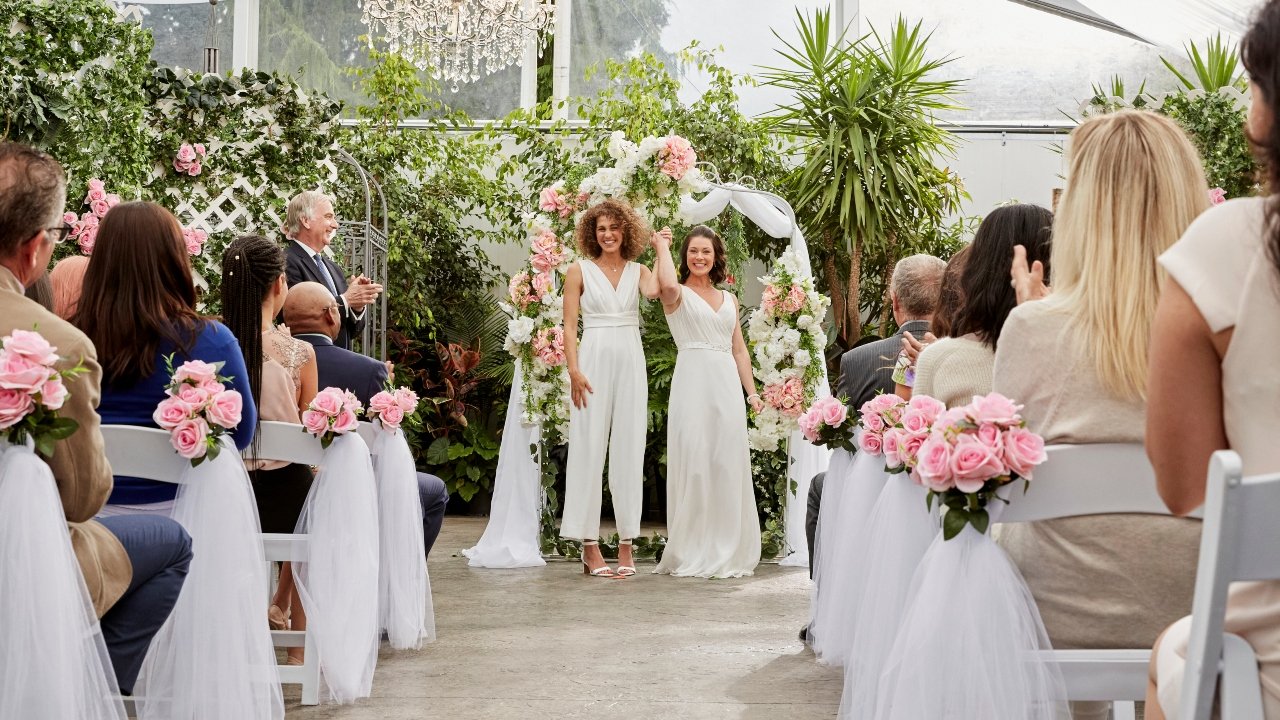 Hallmark Movie to Feature Lesbian Wedding in Movie This Month

Hallmark Channel will air a movie this month that features a lesbian wedding in a movie that may alienate many in their Christian audience. WEDDING EVERY WEEKEND will premiere August 15.

WEDDING EVERY WEEKEND will star Kimberley Sustad and Paul Campbell as singles who meet at one wedding and discover they have the same four consecutive weddings on the calendar. They agree to become wedding buddies and attend the rest of the season’s weddings together.

However, one of these weddings is a homosexual union.

“It totally reflects the world that we live in now,” says Makayla Moore, who plays one of the brides. “It’s exciting to celebrate love in all its forms.”

The video below confirms the LGBTQ storyline.

The movie’s premiere comes on the heels of Hallmark’s announcement to include LGBTQ storylines in their upcoming Christmas movies.

“Diversity and inclusion is a top priority for us and we look forward to making some exciting programming announcements in the coming months, including announcements about projects featuring LGBTQ storylines, characters, and actors,” wrote George Zaralidis, the vice president of network program publicity at Hallmark’s parent company, Crown Media Family Networks, in an emailed statement. “We are committed to creating a Hallmark experience where everyone feels welcome.”

The Hallmark Channel faced significant backlash last winter when the network aired a commercial for the wedding planning website ZOLA. In the commercial, the two brides kiss.

Though the network pulled the commercial, they lost a significant portion of their Christian audience. The network then decided to rerun the commercial, further alienating many of the 135 million churchgoers with biblical values.