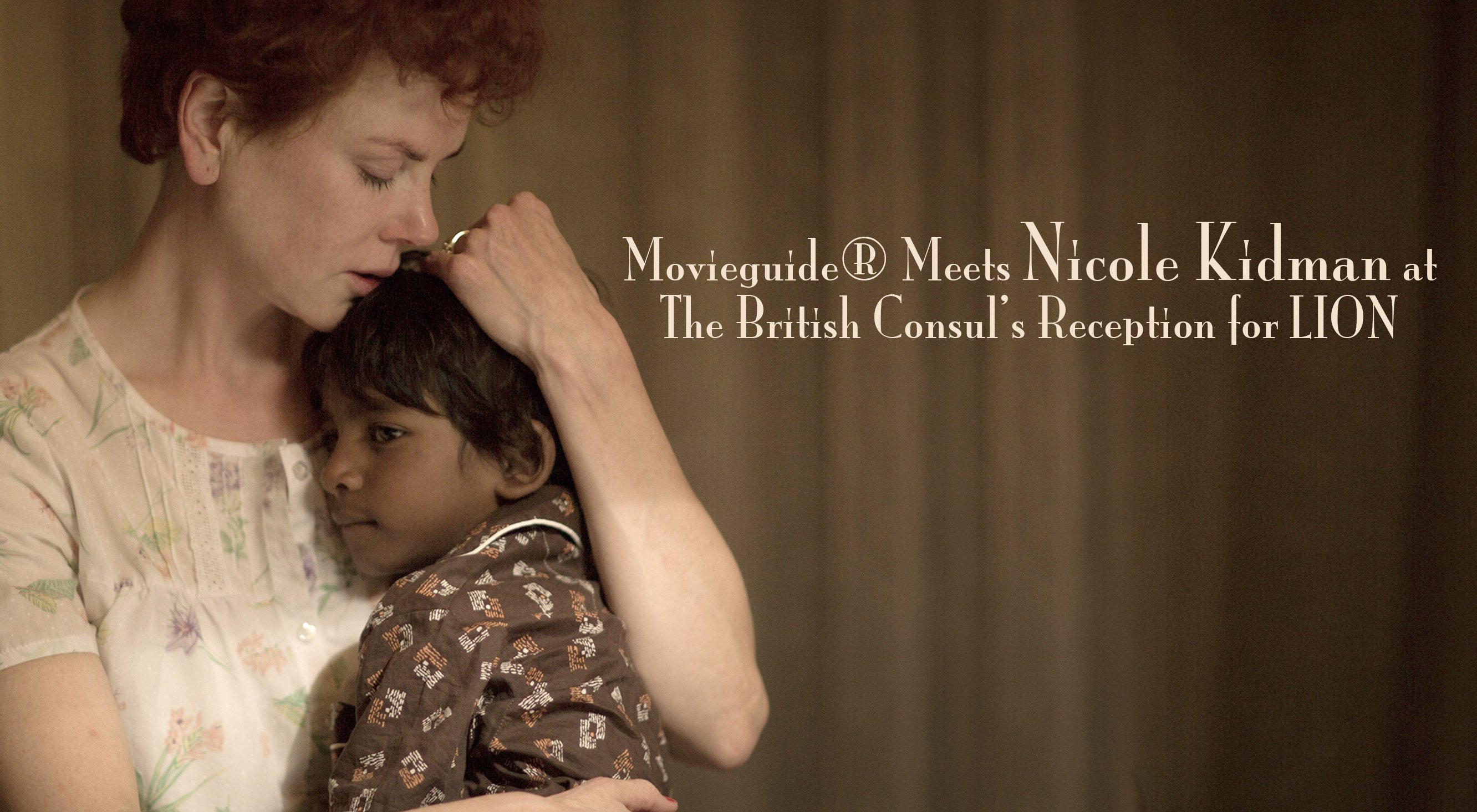 Nicole has one of her best performances in the movie, disappearing into the character of an Australian woman who adopts two Indian orphans. Nicole told Dr. Baehr that she’d love to come to Movieguide®’s 25th Annual Faith & Values Awards Gala on Feb. 10, 2017, as did the Ambassador.

Dr. Baehr and the composer, Volker Bertelmann, discussed the famous composer John Cage, who taught at Dr. Baehr’s alma mater Dartmouth. They agreed the music and the photography in “Lion” made the movie.