Nightbirde Discusses Her Relationship with God: ‘I Would Not Have It Any Other Way’ 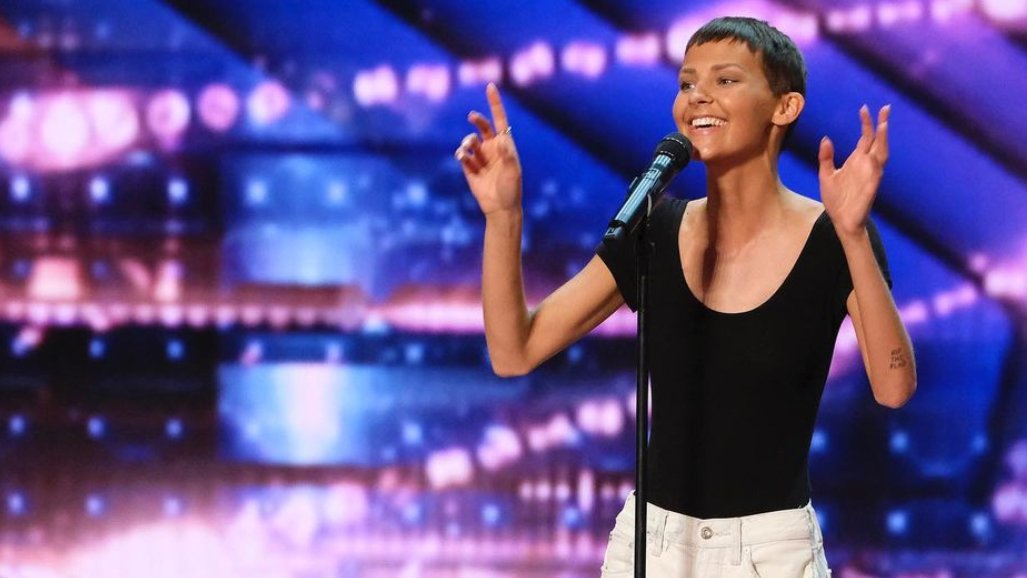 Nightbirde Discusses Her Relationship with God: ‘I Would Not Have It Any Other Way’

After Jane Marczewski’s AGT performance earned her a golden buzzer and her song “It’s OK” reached the number one spot on iTunes charts, the singer/songwriter had to step away from live performances due to her battle with cancer.

However, aside from her talent as a singer Nightbirde touched people around the world with her optimism and joy despite her battle with cancer that only gives her a 2% chance of living.

“It’s important that everyone knows that I’m so much more than the bad things that happened to me,” she told the judges at the time of her audition.

However, through her intense pain and suffering, Nightbirde also has told people about her relationship with God.

In a recent post on Instagram, Nightbirde confessed that while her circumstances do not make sense, she continues to trust God.

“My life with God has been a complicated one and I can’t really say the complications have been entirely my fault,” she wrote on her Instagram, adding: “I think a fair assessment would be that we’ve each allowed the other to experience at least some degree of disappointment in our friendship. I’ve misunderstood him. I’m pretty sure he’s always understood me but he hasn’t been necessarily vocal about it. It’s not easy being friends with people and friendship with God is no different.”

Despite her trials, Nightbirde noted that she is unashamed about her faith in God and recognizes how He loves her no matter her situation.

“Life is complicated and friendship with God does not make life less complicated,” Nightbirde wrote. “But as I get older I am realizing that I would not have it any other way.”

“Internally I sometimes wish that life would be perfect rather than just occasionally good. But I think it’s a mistake to presume that a perfect world would be better than a free world,” she continued. “Love needs a place to live and grow and prove itself and that can only happen where tragedy is possible.”

Nightbirde said that she is in constant communion with God through prayer and asking for His mercy when life is “too much to bear.”

“Still, sometimes life is too much to bear. Occasionally an extreme circumstance interjects itself into your life and your’ live, laugh, love’ sign proves to be even more absurd than it normally does,” she wrote. “Forgive me if this offends you but I have a better friendship with God because I remain soft hearted and tender toward him in a life where sometimes nothing makes sense.”

Nightbirde also shares about her faith on her blog.

The two-time cancer survivor confessed that she struggled to find purpose and answers in her pain.

“I am God’s downstairs neighbor, banging on the ceiling with a broomstick. I show up at His door every day. Sometimes with songs, sometimes with curses. Sometimes apologies, gifts, questions, demands. Sometimes I use my key under the mat to let myself in. Other times, I sulk outside until He opens the door to me Himself,” she continued. “I have called Him a cheat and a liar, and I meant it. I have told Him I wanted to die, and I meant it. Tears have become the only prayer I know. Prayers roll over my nostrils and drip down my forearms. They fall to the ground as I reach for Him. These are the prayers I repeat night and day; sunrise, sunset.”

However, Nightbirde also noted that her relationship with God grew as a result of her circumstances.