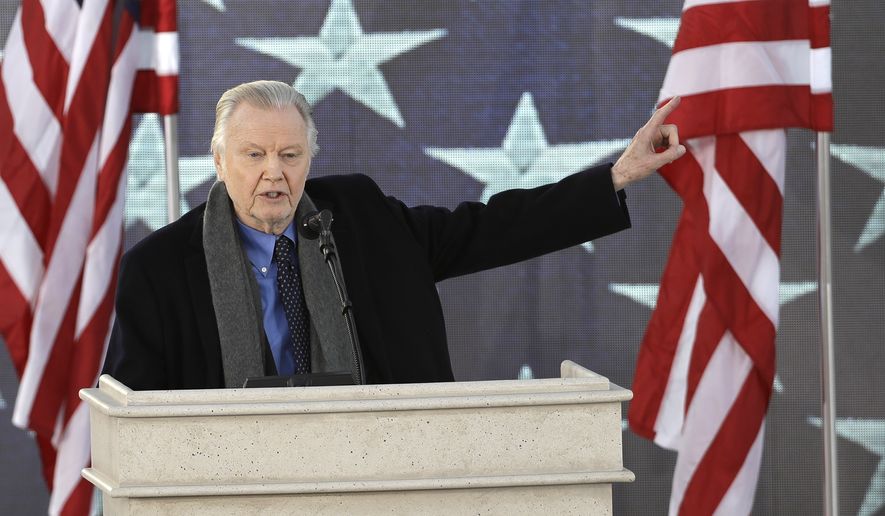 Only a week after it was announced that the GOSNELL movie will receive distribution this fall, another pro-life movie focusing on the ‘Roe v. Wade’ 1973 U.S. Supreme Court decision was announced. The conservative movie has secretly been filming across in New Orleans in order to avoid protests. The movie is produced and co-written by Nick Loeb and Cathy Allyn, who also took up the role as co-directors when their director quit on the first day of shooting.

In fact, crew members discovering the pro-life nature of the story has resulted in many individuals quitting the production, including a production assistant, a location manager who stated she is a “staunch pro-abortion feminist activist”, and others. According to an exclusive article on The Hollywood Reporter, even a few actresses left because of how pro-life the movie is, including the actress that was originally cast to play Norma McCorvey.

All that said, the movie still has some major stars participating, including Jon Voight, Robert Davi, Corbin Bernsen, John Schnieder, and others, who will play the Supreme Court justices. Kelsey Grammer’s daughter Greer Grammer is also starring in the movie.

Part of the reason for the secrecy is due to security, but the pro-life nature of the movie has also made it difficult to secure filming locations. The production was declined a permit to film at Louisiana State University according to Loeb, because “we were told we were rejected due to our content, even though it will be a PG-rated film. They refused to put it in writing, but they told us on the phone it was due to content.” A day of production also took place at Loeb’s alum mater Tulane University, but by day two, they have kicked off the campus.

The movie is also executive produced by Alveda King, the niece of Rev. Martin Luther King Jr. Loeb stated that the movie finishes production in the middle of July and is eyeing a January release.

As for who else is in the movie, Loeb joked, “There are lots of surprising cameos from controversial people in the news that I can’t tell you about — or more people might walk off the set.”

Update: An article in the Daily Beast alleges that the production is in “chaos” and “morale is low” on the set of ROE V. WADE, it also revealed that Kevin Sorbo (GOD’S NOT DEAD, LET THERE BE LIGHT) had been cast as one of the Supreme Court justices, and implies he turned down the role because of the pro-life message. Kevin Sorbo, a strong pro-life advocate strongly rejects this claim by the Daily Beast and told Movieguide® in an exclusive interview that he couldn’t take the role purely because of scheduling conflicts with his own movie he’s currently filming. Listen to what he said about the movie below.

Movieguide® had a representative on the set of ROE V. WADE for a day and reported that the set was very amiable, and it would have been very difficult, if not impossible for a crew member to have signed on to work on the production without knowing the nature of the story and the pro-life message.