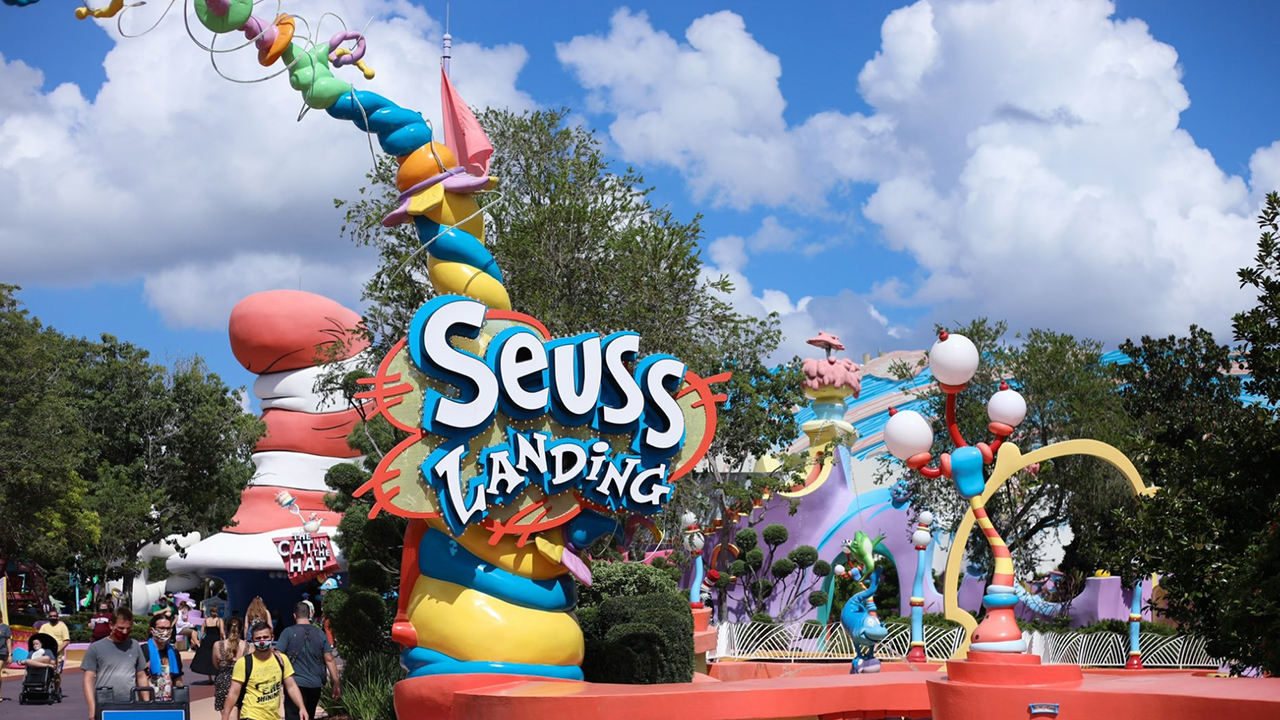 Universal Orlando’s Islands of Adventure theme park will consider revamping the Dr. Seuss-themed area after Dr. Seuss Enterprises, the company that manages the late author’s books and characters, decided to stop the publication of six of the iconic children’s books.

BREAKING: Universal Orlando Evaluating Future of Seuss Landing at Islands of Adventure After Publication is Halted on Several Classic Books for Being “Hurtful and Wrong”https://t.co/fx1TO5Ghyp pic.twitter.com/QSZI90br40

The Islands of Adventure theme park contains a section called “Seuss Landing,” that features many characters from Dr. Seuss’s books. Furthermore, one of the attractions is themed after one of the canceled books, “If I Ran the Zoo.”

The park also features a gift shop called the “Mulberry Street Store,” referencing another book that will no longer be published.

A spokesperson for Universal Orlando spoke to the local Spectrum News about the park’s relationship with Dr. Seuss Enterprises.

“We’ve removed the books from our shelves, as they have asked, and we’ll be evaluating our in-park experience, too,” the spokesperson said. “But our guests can plan on continuing to be able to enjoy their favorite experiences at ‘Seuss Landing.'”

Faithwire reported: “Over the course of his two terms in office, Obama said Dr. Seuss’ writing ‘challenge[s] dictators and discrimination,’ ‘call[s] us to open our minds,’ and encourages readers ‘to take responsibility for ourselves.’ In the final year of his presidency, Obama called Dr. Seuss’ one of America’s revered wordsmiths’ who ‘used his incredible talent to instill in his most impressionable readers universal values we all hold dear.'”

Happy Birthday, Dr. Seuss —
Theodor Gisel! At @UniversalORL’s Islands of Adventure, Seuss Landing is so wonderfully true to the style and spirit of the author — we just may need to celebrate with some green eggs & ham! #islandsofadventure #seusslanding pic.twitter.com/VrOs5ggCyd