What Are Christian Parents Supposed to Do With Halloween? 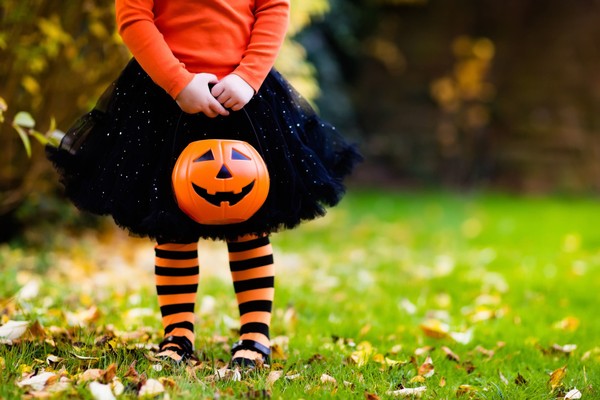 What Are Christian Parents Supposed to Do With Halloween?

It’s October, and, once again, many parents will question how to treat Halloween. Do we allow our children to dress in costumes and “Trick or Treat?” Do we decorate our homes with witches and ghosts? Carve scary pumpkins? Allow our children to attend Halloween parties or participate in popular activities? Some put the issue this way: As our society has become more and more secular, whose special day are we acknowledging – the children’s or Satan’s?

Halloween has become one of America’s most widely celebrated days. Stores set up displays shortly after Labor Day. Elaborate costumes – both traditional and trendy – are widely available. Candy is placed in prominent locations in every grocery and warehouse store. Events are scheduled throughout the community. Many elementary schools decorate classrooms and hold parades. Specials are shown on TV and theme-related movies are released. Billions of dollars related to this theme are spent annually, including $350 million on costumes for cats and dogs (2014).

While there is no escaping it, we do have the opportunity – even the obligation – to discuss the meaning of the day and its various symbols. While all cannot be known with certainty, many believe Halloween started among the Celts of Europe more than 2,000 years ago. The holiday commemorated the new year as Baal, the Celtic god of spring and summer, ended his reign and yielded to Samhain, the god of the dead, who began his reign. Here are a few popular suggestions concerning the origin of some of the more well-known symbols (but note that there are numerous thoughts concerning these symbols):

What is a caring parent to do: ignore the day entirely, or allow his child to participate, at least in some way? In a provocative article titled, “6 Reasons I Celebrate Halloween with My Kids (Even Though I’m a Christian,” Rob Stennett explains why he’s decided to trick-or-treat with his kids (read the entire article online).

Importantly, Stennett concludes with, “I use Halloween as a teaching example with my kids.” Take some time this year to discuss with your children – in an age-appropriate manner- the meaning of Halloween.

This provides the opportunity to teach another relevant and important history lesson:

The Reformation and All Saints Day

Last year, October 31, 2017, marked the 500th year anniversary of Martin Luther’s posting his 95 theses on the door of the Castle Church in Wittenberg, Germany. This act became one of the most important in history, for it changed the course of the church. A monk who had become disillusioned by many of the practices of the Catholic church, Luther desired to dialogue these issues so that the church might comply more properly with what he believed to be biblical teaching. The pope, however, would not agree with Luther’s requests. This disagreement led to Luther’s excommunication from the Catholic church.

Not dissuaded, for he was convinced of his reading and understanding of the Bible, Luther became one of the leaders of what has become to be known as the Reformation, from which blossomed the Protestant church. Five Solas (sola, Latin for “alone”) marked this reformation in church theology and practice: Scripture alone, Faith alone, Grace alone, Christ alone, to the Glory of God alone. These solas were supported by biblical texts, preached by the Reformers, stood in opposition to the established church, and led to the widespread growth of Protestantism.

October 31 is a day that should be acknowledged and celebrated by Protestants everywhere. Is it ironic that it should be the same day as Halloween? No, not at all.

It is claimed that Luther posted his 95 theses on October 31 because this is the day before All Saints’ Day, which was celebrated by the church on November 1. This was an appropriate time, for since the 8th century (most likely) the church set aside this date to remember the dead who were recognized for their martyrdom or for having lived particularly holy lives. By the 11th century, various congregations were honoring November 2, later known as All Souls’ Day, a day to pray for the souls of the dead, believing that the “saints” entered heaven immediately while others entered purgatory.  Corruption in the sale of indulgences by which departed (and even living) souls could be freed from purgatory was the preeminent issue guiding Luther to post his Theses.

Teachable moment. Use this time to teach your children, grandchildren, parents, family, friends, or others, about these historical events and the significance of these dates. This is also an ideal time to reflect upon, talk about, and share the memories you have of deceased family members and friends who have impacted your life, and help your family understand who and what has contributed to who and where they are, and what they have.

Speaking of Witches. A spotlight has been placed on witchcraft recently. Outraged by the U.S. Senate’s confirmation of Brett Kavanaugh to the U. S. Supreme Court, a gathering of witches was convened on October 20 to cast hexes upon Justice Kavanaugh. Proceeds from the $10 per person ticket to the event were split between the bookstore that hosted the hex and various groups, including Planned Parenthood. As of this date, no adverse impacts have been reported by Justice Kavanaugh.

This is not an isolated incident.

What does the Bible have to say about the practice of the occult and witchcraft? There is no double-mindedness or uncertainty about these subjects. Here is a sampling of verses.

“[D]o not let your people practice fortune-telling, or use sorcery, or interpret omens, or engage in witchcraft” – Deuteronomy 18:10 (NLT)

“The acts of the sinful nature are obvious: sexual immorality, impurity and debauchery; idolatry and witchcraft; [plus 10 more illustrations] . . . I warn you, as I did before, that those who live like this will not inherit the kingdom of God.”  –Galatians 5:19-21 (NIV)

“But cowards, unbelievers, the corrupt, murderers, the immoral, those who practice witchcraft, idol worshipers, and all liars—their fate is in the fiery lake of burning sulfur.” –Revelation 21:8 (NLT)

On a FAR more positive note, consider these verses.

“[Flee] from all this, and pursue righteousness, godliness,   faith, love, endurance and gentleness.”  –1 Timothy 6:11 (NIV)

As Paul begins to conclude his letter to the church in Philippi, he exhorts them to follow all that he has taught them and to put into practice the heart and methods used by Jesus. Paul’s love for these people is obvious, and he desires they grow in their faith and prosper in their lives. Therefore, he encourages them to face challenges with the proper attitude, perspective, and goals:

“[Dear] brothers and sisters, one final thing. Fix your thoughts on what is true, and honorable, and right, and pure, and lovely, and admirable. Think about things that are excellent and worthy of praise.” –Phil. 4:8 (NLT)

I end this letter with the same spirit. My delight for you is that your focus be on living for Jesus, on representing him consistently, gracefully, peacefully, and compassionately. May others see Jesus in you, in the way you act, think, and speak.

That’s my prayer not only for you, but for myself as well.