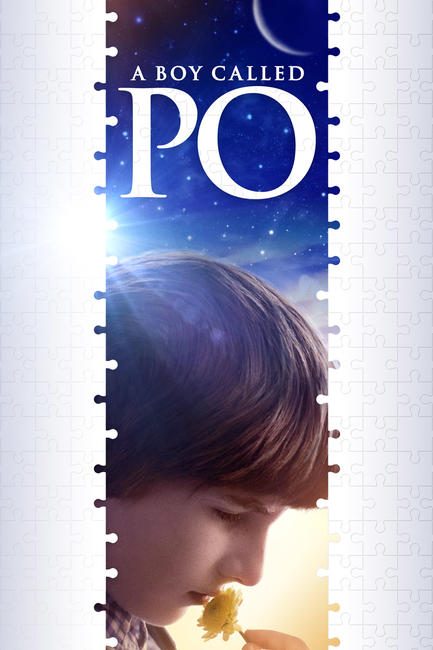 A BOY CALLED PO is a touching drama about a young widowed engineer and his autistic son. When David Wilson’s wife dies from cancer, he’s left a single dad with the sole responsibility for his sixth grade son with autism. Patrick, who prefers to be called “Po,” is gifted but challenged. Very close to his mother, Po’s unable to communicate his loss. When David loses his job, he must put Po into a state facility. This leads to Po withdrawing into his own fantasy world. Can David rescue his son before it’s too late?

A BOY CALLED PO is an engaging, low budget movie with a strong, powerful climax. There are a few endings after the climax, but they each resolve several important issues. The heart of this movie is the relationship between the father and his son. Ultimately, it’s really his strong love for his son that finally solves their problems. So, PO has a solid, morally uplifting ending and only a few light obscenities and light profanities. A reference to evolution is balanced out by a positive reference to God.

(BB, CapCap, Ev, Ho, L, V, A, M) Strong moral, pro-family worldview extolling the parental love and concern a widowed father has for his autistic child despite the difficulties he faces in reaching out to his son, who’s also loving despite the huge difficulties he faces in communicating and behaving properly, with a positive reference to God and (symbolically) the power of His grace, strong pro-capitalist content where father is an engineer trying to create an electric passenger jet that can fly, and investments pay off, a reference to Charles Darwin and his theory of “natural selection,” and three or four verbal references that one girl in autistic boy’s school has “two daddies,” but (SPOILER) she turns out to be imaginary; two “d” obscenities and two light exclamatory profanities; bully punches autistic child in the eye, and autistic child gets a black eye, autistic boys gets upset sometimes and flails his arms, and an adult has to grab him forcefully and quiet him, father gets angry in one scene and slams an object onto the ground, bully shoves autistic boy against school lockers a couple times; no sex but man kisses new girlfriend once or twice; no nudity; man and new girlfriend may have some wine in one scene; no smoking or drugs; and, bullying and overbearing government official makes a mistake (which ultimately reflects badly on government overreach).

A BOY CALLED PO is a touching drama about a young widowed engineer on the precipice of losing his job as he tries to take care of his autistic son, who’s in danger of withdrawing forever from the world. Despite multiple endings and a few dramatic detours, A BOY CALLED PO is a powerful movie with a powerful real ending about the struggles parents of autistic children face. PO has very little objectionable content.

When David Wilson’s young wife falls victim to cancer, he’s left a single working dad with the sole responsibility of caring for his sixth grade son with autism. Patrick, who prefers to be called ‘Po,’ is a gifted but challenged child, who was very close to his mother and unable to communicate his own sense of loss. As father and son struggle to deal with life after mom, they each begin to withdraw into their own worlds.

Meanwhile, David is struggling with a major engineering project at his company, developing an electric jet plane that can really fly. David is having trouble coming up with a wing design that can lift the heavy batteries required for such a plane. At the same time, Po is withdrawing into his special fantasy world because of the daily bullying he endures at school on the playground and in the halls from one of the other children.

When David loses his job and has to put Po in a state facility, Po is in danger of slipping away into his fantasy world forever.

A BOY CALLED PO sometimes lingers story wise. It also has multiple endings. However, the multiple endings have a real purpose that embellish the movie’s powerful climax, which focuses on David trying to make a final push to stop Po from drifting away forever. Apparently, drifting away or withdrawing from the world completely is a real danger for many children diagnosed with autism. In the movie, Po withdraws into a fantasy world where he is a normal boy and wherever engages with an imaginary pirate, cowboy and astronaut, all of them named Jack.

Veteran actor Christopher Gorman and newcomer Julian Feder do a marvelous job as the father and his autistic son. Kaitlyn Doubleday also does a good job as Amy, a young therapist, who helps the father with his son. Burt Bacharach pitches in with an excellent score, his first in more than a decade.

The heart of this movie is, of course, the relationship between the father and his son. The father in PO does everything he can to care for and help his son. In the end, it’s his love for his son that finally resolves almost all their problems. It not only brings Po out of his shell, but even leads to solutions for the father’s career and money problems.

A BOY CALLED PO has a couple light obscenities and two light exclamatory profanities. There’s also a reference in one scene to Charles Darwin and his theory of natural selection. In that scene, the autistic son recites a definition of natural selection that he apparently read in a science encyclopedia. There are also three or four verbal references to a girl in his school who has “two daddies.” In contrast to this content, the female therapist makes a positive reference to God and the amazing things he does with His power and grace. Other than that, however, PO contains no other religious references.