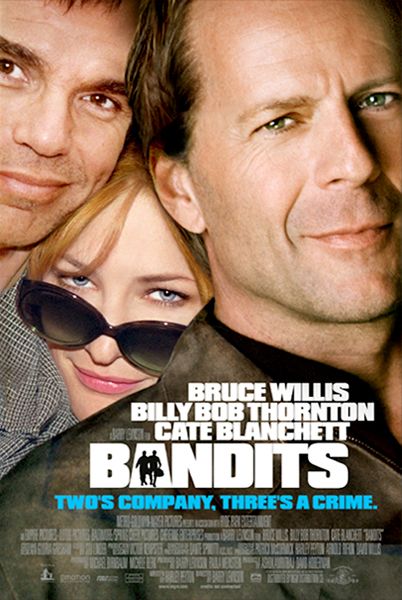 In the German movie BANDITS, the four members of a female rock band become famous when they escape from prison. Despite some excellent rock and roll music, this uneven movie takes a strong romantic worldview toward its female rebels, much in the same way that THELMA AND LOUISE did. It also contains strong politically correct elements because it views all forms of authority as corrupt and includes plenty of foul language and some explicit sexual content and nudity.

The German movie BANDITS has some great rock and roll music that updates the best sounds of the 1960s, but has a typical 1960s worldview that is totally unacceptable morally, politically and spiritually. In the movie, four members of a female rock band escape from prison. Radio stations start playing their music, however, and the women just can’t keep away from playing for their fans in the streets. During one impromptu concert, they even take a young male hostage when the police appear. One improbable event follows another as the women narrowly avoid capture until the movie’s final ambiguous shot.

BANDITS takes a strong romantic worldview toward its female rebels, much in the same way that THELMA AND LOUISE did. In fact, the movie could well have been subtitled THELMA AND LOUISE HAVE A HARD DAY’S NIGHT WITH THE BEATLES. BANDITS also contains strong politically correct elements regarding all forms of authority, which are viewed as almost totally corrupt. It also has plenty of foul language and some explicit sexual content and nudity. Basically, the movie is a leftover cry of rebellion from the 1960s, without the entertainment value.

But, boy can these ladies sing and play! Their songs are far less objectionable than the rest of the movie. Buy the album if you want, therefore, but avoid the movie.