THE VOICE: CHRIST IN YOU 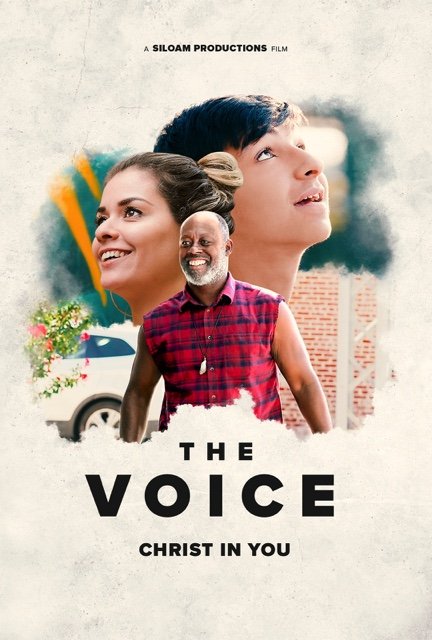 THE VOICE: CHRIST IN YOU is a documentary that follows several Christian evangelists around the world as they practice the gifts of the Holy Spirit, such as prophecy, healing and miracles, which they believe are still active today. The documentary also delves into their personal conversion stories as they share how God called each of them to use their unique gift to reveal His voice, love and redemptive plan in people’s lives. Their stories are juxtaposed with interviews of influential Christian leaders such as Bill Johnson, Graham Cooke, Lisa Bevere, Brian Blount, and others, who discuss the biblical roots, power and benefits of prophecy in evangelism today.

(CCC, BBB, H, Pa, O, V, M):
Dominant Worldview and Other Worldview Content/Elements:
Very strong Christian worldview about prophetic Christian evangelists as they demonstrate the power of prophesying into people’s lives, share the Gospel, call people to forgiveness and repentance, baptize people in the sea, and pray healing and salvation prayers, and quote the scripture in many instances, with very strong biblical, moral elements encouraging people to love others like God loves them, to pursue and speak God’s truth (the Bible), and to reflect the person of God as personal, caring and involved in individuals’ lives, and that mention several Bible stories such as Abraham and Elijah, plus light humanist elements briefly mentioned when referring to life before God, light pagan, occult elements briefly mentioned involvement in occultism and witchcraft before experiencing God’s transformative power
Foul Language:
No foul language
Violence:
Mention of sexual abuse and domestic abuse portrayed negatively, mention of a suicide attempt portrayed as a regrettable instance
Sex:
No sexual immorality
Nudity:
No nudity
Alcohol Use:
No alcohol use
Smoking and/or Drug Use and Abuse:
No smoking or drugs; and,
Miscellaneous Immorality:
Mention of parental figures with messy lives being a negative influence during childhood and mention of a dysfunctional family lacking a good father figure.

THE VOICE: CHRIST IN YOU is a charismatic documentary that follows several evangelists around the world, who believe the gifts of the Holy Spirit are still active today. THE VOICE: CHRIST IN YOU is a high-quality, beautifully shot documentary that champions a strong Christian worldview stressing the need for the transformative and redemptive power of the Gospel in people’s lives, but MOVIEGUIDE® advises caution for children for some discussion of overcoming suicidal thoughts and domestic abuse.

The movie opens with turbulent waves crashing around a baptism as two men declare Christ’s death and resurrection power over the other two men. This moment is followed by glimpses of various people’s immediate, emotional reactions after getting healed and experiencing miracles. Viewers are then asked thought-provoking questions about the person of God and how He communicates today, preparing them for the documentary’s theme of prophesy.

Prophetic artist Norbert White comes on screen and says he was told by God to paint catastrophes before it happened, such as the Paris terrorist attacks of November 2015. Norbert describes how this painting became an encouragement of hope to the thousands of people on Facebook who saw it and were reminded of God’s Sovereignty over the chaos.

Next, viewers delve deeper into Jason and Debby Chin’s story. According to the pair, God saved them and orchestrated their lives to meet each other, start prophetically ministering to those in Switzerland and sharing God’s greatest love story. Bill Johnson and Kris Vallotton from Bethel Church, as well as popular speaker and writer Lisa Bevere, share their thoughts on the Biblical responsibility and calling of prophesying in their interviews.

In Oklahoma, viewers see Brian Blount at work, a pastor who specializes in praying healing over people alongside his son, Tyler, who has the autoimmune disease PANDAS. With God’s power, Tyler healed his grandma from cancer, and Brian heals a fast food worker from intense neck pain.

Viewers go to London, where Jenna Winston from California, after personally being saved by God from an almost fatal suicide attempt, spends her days prophesying over people’s financial problems, emotional pain and various other issues.

In Brazil, Andy and Filipe are also hard at work bringing people to experience God’s freedom, baptism and salvation through using their gift of prophecy, despite the challenges Andy faced growing up in a household influenced by witchcraft and occultism.

More interviews and real-life examples explain that evangelists don’t always get the prophecies right but continue to seek out God’s mysteries. To the evangelists, their ministry isn’t a performance, but it’s about letting people get a glimpse of who God is. They see what God sees and say what God says.

Lastly, viewers are challenged with the question of the limits of God’s voice. Charles Werner was an engineer who was able to solve a coding problem for NASA through prophesy. Paul Cain was a highly influential evangelist who prophesied to Bill Clinton and warned President Bush against sending troops to Iraq after the attack on the World Trade Center.

The documentary leaves viewers empowered to befriend the Holy Spirit, use their spiritual gifts, and accept God’s call to partner with them and work through them to bring Him glory.

THE VOICE: CHRIST IN YOU is a beautifully shot documentary exposing intriguing life-changing stories through raw moments, eloquent interviews, masterful editing, and a moving original score. All these elements work together powerfully to leave a great impact on viewers, challenging them not only intellectually but also emotionally and maybe even spiritually.

THE VOICE: CHRIST IN YOU has a strong Christian worldview stressing the need for the transformative and redemptive power of the Gospel in people’s lives. Though much theological debate exists regarding the nature of the gifts of the Spirit today, this movie’s mission stays consistent with the main goal and truth of the Gospel to bring people to salvation and therefore bring glory to God. Due to brief discussion of suicide and domestic and physical abuse, MOVIEGUIDE® advises caution for children. The movie can be seen for a limited time starting 6 pm Eastern Time on July 16, 2020 at https://live.oceanave.tv/index/christ-in-you-the-voice-1590109948152×985733283845137200.