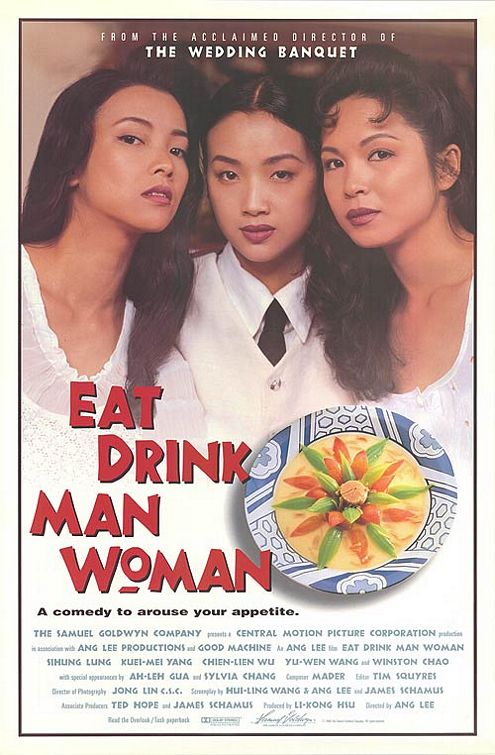 Set in contemporary Taipei, Taiwan, EAT DRINK MAN WOMAN is a spicy romantic comedy centered on Master Chef Mr. Chu and his three grown daughters who find life, love and gourmet food around the Sunday dinner table. Beautifully photographed and scored, this subtitled Chinese film features excellent writing, acting, directing, and a positive, though minor, depiction of a Christian character, but is also marred by brief depictions of fornication and nudity.

EAT DRINK MAN WOMAN is a cinematic feast set in contemporary Taipei, Taiwan. The story centers on Taipei’s greatest living Master Chef, Mr. Chu, his three grown daughters and their life together under the same roof. Chu is a robust perfectionist who cooks a sumptuous meal every Sunday and requires his daughters to attend. As a widower who has raised his daughters alone, it is his way of showing them that he loves them. Regrettably, it is the only way he knows to express himself to them. He laments this, but is unsure what to do, until his youngest daughter falls suddenly in love. Like dominos, the rest of the family follows suit, and much of the movie’s charm and appeal lies in watching how it all sorts itself out.

This subtitled Chinese film features excellent writing, acting, directing, and a positive, though minor, depiction of a Christian character. For that the filmmakers are to be commended. Furthermore, visually, the film is so beautiful it causes hunger pangs. The preparation of each meal is filmed and edited so dynamically that slicing, dicing and sauteing become heart-pounding, lip-smacking action sequences. However, EAT DRINK MAN WOMAN is marred by brief depictions of fornication and nudity.